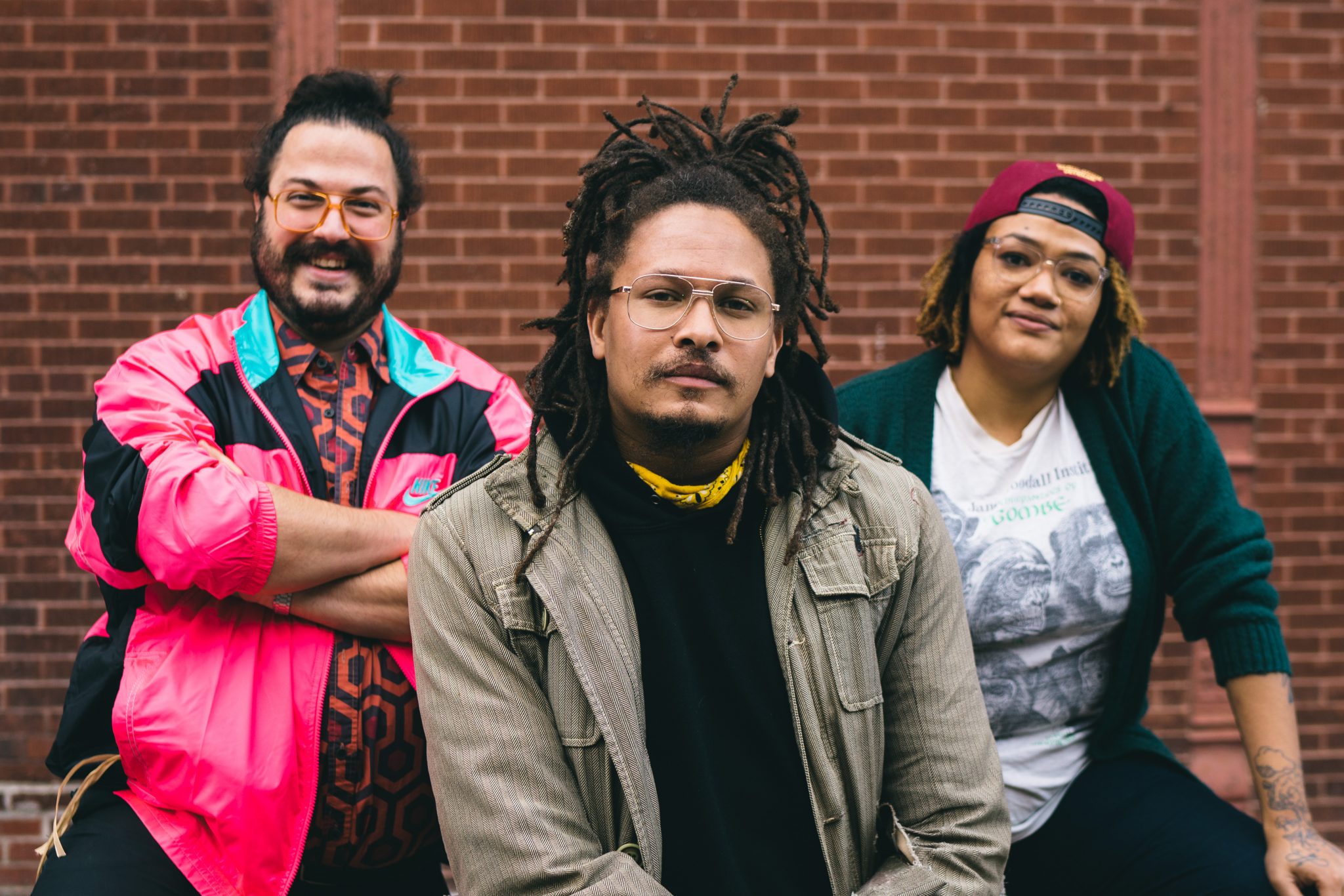 With the approach of the one-year anniversary of Governor Pritzker’s initial order to close Illinois restaurants, it’s hard to remember what eating in a restaurant was like. Some of us haven’t left our homes in months. Others have shifted to ordering takeaway from local spots while still others have ventured out to plexi-covered patios and makeshift dining tents, navigating new rules and mandates aimed at slowing the spread of the coronavirus.

The flip side, of course, reveals the reality for the hospitality and service industries and their workers, many of whom have been forced to choose between physical safety and paying their bills.

Justin Arnett is creative director at beCo, a company that specializes in joining the art and media industries with the hospitality industry. Since its debut last year, Arnett has expanded those industry conversations by launching Terms of Service, a podcast produced by Max Zuckert and co-hosted by Chicago chef Nariba Shepherd.

Each episode invites industry professionals to share their stories and experiences and decompress a bit, just as they might have done over post-shift drinks with co-workers, pre-pandemic. The podcast’s first episode introduces Arnett and Shepherd, and their motivations to establish a safe space for service workers to chat, reminisce and vent. Follow-up episodes introduce industry movers and shakers like “Cake Zaddy,” Joey Peach of Flavor Supreme notoriety, and Disco-Social founder Lexie Tomchek-Mooneyham. Tomchek-Mooneyham dove into industry dynamics as the third episode’s featured guest, touching on the benefits of social media and the art of the clap back (responses to negative comments on Yelp, for instance), which the less-than-social-media-savvy have had to learn how to navigate during an unprecedented year of firsts and lasts. With citywide mandates and establishment rules changing daily, social platforms are often the go-to method for communicating with patrons.

“There were so many things people felt empowered to talk about when they felt seen, respected and acknowledged,” Arnett says over the phone. “The civic unrest that rocked us through last year and the microphone of ‘The 86’d List’ guided our focus to community initiatives that empower both sides of the narrative. COVID fatigue is real, and we want to acknowledge that while also acknowledging an already overlooked industry.”

Conversations on the Terms of Service podcast sprang from anonymous submissions by industry workers calling out bars, hotels and restaurants, and cafés for exploitative behavior. The list grew into an accountability database with spreadsheet submissions tracking reparative actions by the establishments in question and specifying industry offenders.

It’s about “standing together while standing for something,” Arnett says, while emphasizing the collective impact possible through direct action. These “dark side of the plate” conversations are a necessary part of prompting people to look at things differently and reminding them that it’s not all Michelin stars and upscale events—it’s about culture, identity and people.

“The sort of impact I would like to see come from Terms of Service, it’s changing the way the industry operates in the future,” Nariba says. “To create a voice and face for the people on the ground doing the daily grind. As someone who worked her way up from station to station, I had to constantly remind myself that I was still doing the same work, just with added responsibility. It’s hard to remember when we are always looking to the future, but if we can make space for those we work with, it should help us grow into a better future.”

What does accountability look like post-pandemic? Desperate to make genuine connection while maintaining safe social distance, many businesses turned to humorous, or otherwise emotionally charged, COVID-specific content hellbent on proving they were more than just a brand or a bottom line. But tangible change will take a major shift in the way we perceive the labor of hospitality and the way we appreciate the people who keep it going.

“You agreed to the terms when you came in the door and sat down. The laborer or worker isn’t asking you to do anything outside of the realm of general expectation,” Arnett says. “You sit down, you order a drink, they talk to you about the menu, you adhere to the standards and requirements of said space, but dining is going to feel different because it should feel different.”

Arnett suggests that the way to play a part in your community through its hospitality industry that will have the most impact is to ask the right questions. Treating each hospitality experience like a viable expense wherein gratitude translates to literal dollars is emphasized by many as the main way to move the industry forward. Don’t be afraid to ask where your money goes and who benefits from an establishment’s tip and wage structure.

“We want the industry to feel empowered knowing that all of the concerns, all of the late-night conversations, all of it matters,” says Arnett. “We don’t believe in cancel culture; we believe in consequence culture because we can’t champion for the change we supposedly want unless we provide a road to redemption. Because this industry can feel so transient, people don’t expect it to take care of them, but there has to be a general respect and gratitude to those providing this experience.”

Terms of Service podcast episodes are streaming, and fresh guests are slated to keep the conversation going. Episodes drop every other Thursday and are available on podcast platforms including Apple Podcasts, iHeart Radio and Spotify.