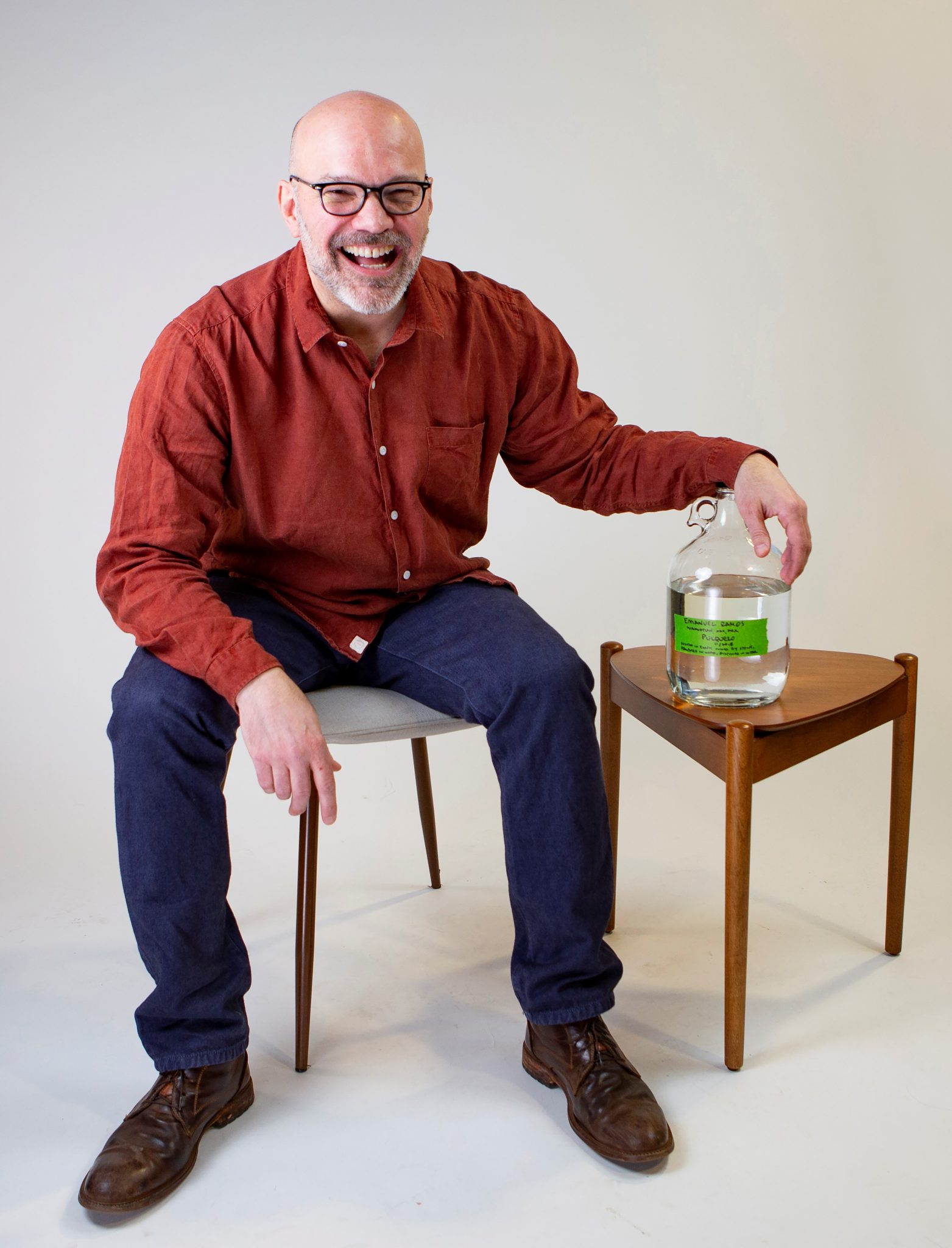 Americans drink more tequila than any other nation. Of course, we consume agave spirits—whether tequila or mezcal—on Cinco de Mayo, the day that celebrates the 1862 Battle of Puebla, where the Mexican Army beat back the French empire’s much larger army.

For years, many of us mistakenly believed May 5 was Mexican Independence Day. And like other areas where we’ve gotten educated about the culture of our next-door neighbor to the south, we’re beginning to understand the depth and complexity of agave spirits that go beyond tequila.

Few Chicagoans have worked as hard to increase awareness of agave spirits—mezcal, specifically—as has Lou Bank. For Cinco de Mayo, Bank considers the holiday a teachable moment for those who would like to know more about mezcal, his agave spirit of choice.

Bank has been teaming with Salvador “Chava” Peribán, former head distiller at Sombra distillery, to produce the Agave Road Trip, an entertaining podcast to teach gringo bartenders about agave, agave spirits and rural Mexico. As part of Bank’s U.S.-based, not-for-profit S.A.C.R.E.D. (Saving Agave for Culture, Recreation, Education and Development), many of his projects send funds back to Mexico toward projects that provide water, housing and education to small Mexican communities.

I was a “mezcal mule” for Bank during a trip to Oaxaca in 2017, when we each brought back dozens of liters of the agave spirit. Now, visiting Mexico seems like a distant dream. So for Cinco de Mayo, Bank and Peribán have formulated an Agave Road Trip-in-a-Box. Although we can’t safely go to Mexico right now, we can still bring the spirit of Mexico to us in a box of curated mezcal spirits.

The purpose of the Agave Road Trip-in-a-Box is to both inform and entertain with a kit of ten fifty milliliter sampler bottles, providing five flights, each featuring two spirits. Here’s the cool part: each flight of two spirits is designed to highlight a different aspect of the heritage production of spirits in rural Mexico.

“Terroir” is a term that we know from wine: the soil, climate and environment where grapes grow influence the flavor of wine made from those grapes. Grapes for wine, however, grow for a season; the agave used for mezcal can be growing in the same place for many years, so the plants have a long time to absorb local flavors. Agave Road Trip-in-a-Box contains two expressions made from the same plant, agave potatorum, from producers located a hundred miles from each other in Oaxaca. Taste the difference that the distance makes.

Until recently, the sotol plant was considered an agave (it’s close, but still a different plant). The kit contains two sotol expressions from producers located 800 miles apart, one in Guerrero, the other in Oaxaca. Again, terroir yields different tastes, and tasting the sotol, you’ll understand why people long mistook it for an agave distillate.

I wrote a few articles about mezcal for the Chicago Tribune in 2015; the morning the papers hit the street, Bank called to let me know, in the gentlest possible way, that I was off on a few points, specifically the desirability of aging the spirit. Many serious mezcal enthusiasts prefer their mezcal unaged, the better to appreciate the agave flavors. Agave Road Trip-in-a-Box provides two versions of his heritage spirit, one unaged and the other aged in virgin oak.

How You Cut It: Mezcal Distillation in Three Parts

Heads (puntas), hearts (cuerpo) and tails (colas) refer to the sequence of distillate parts that come out of the still. The heads are the first section of the distillate to exit the still, and they can be too high in methanol, so mezcaleros include only a little of the head for flavor. The heart is the second cut of the distillate, full of good flavors. The tail comes at the end of the distillation process and may be set aside for further distillation. The box contains two expressions made from the cupreata agave, each made with the same fermentation and distillation but differing in how the mezcalero “cut” the heart away from the head and tail; where the mezcalero makes the cuts determines the final flavor of the spirit.

Head and Heart: Flavors of Different Parts of the Distillate

The two samples from Puebla are made from the agave marmorata spirit, one a mix of agave head and heart and the other just the heads, to give sippers a sense of how the heads and heartcuts of the distillate affect the final flavor of the spirit.

There are videos that support these themes on the Agave Road Trip-in-a-Box webpage.

“For people who are mezcal-curious,” says Bank, “and who are drinking certified mezcals and wondering what makes them so different, this set of five flights will help them better understand the heritage of the pre-industrial side of these spirits. And none of the ten samples in the box are available commercially outside of Mexico. Most, in fact, are not available outside of the rural communities where they are made!”

All this, Bank explains, is in line with “the trend toward mail-order spirits, particularly small-batch stuff that isn’t available commercially. Maguey Melate (who produced Agave Road Trip-in-a-Box) started the trend three years ago, and they source directly from the producers who made the spirits and are paid more-than-fair prices for their spirits. It’s helping the small families who have had a hard time reaching markets during the pandemic.”