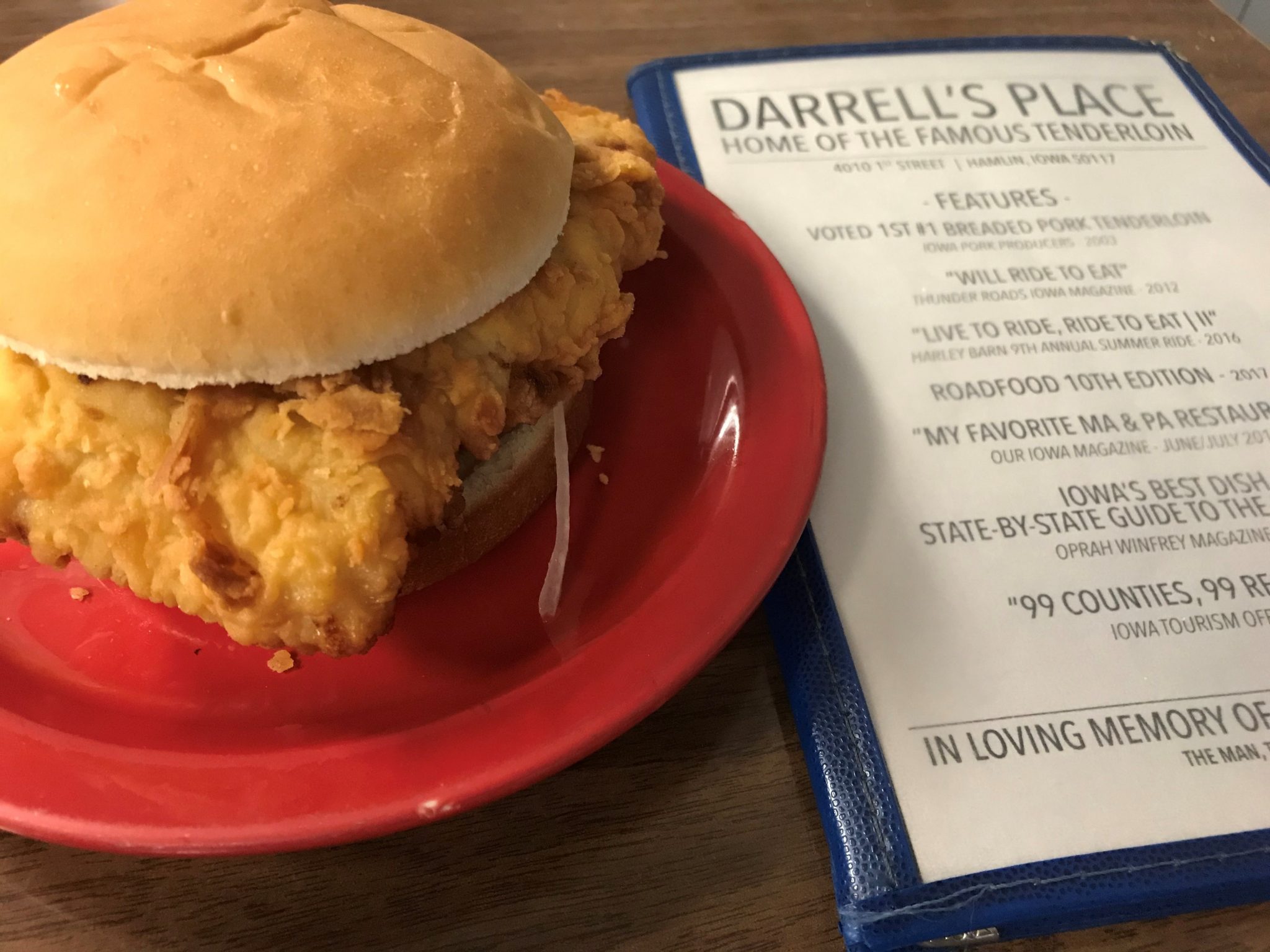 With the pandemic showing signs of letting up, and vaccines going into more arms, some of us are hesitantly starting to move about the country. Since our family has no plans to travel by plane in the coming months, the car will remain our mode of transport for some time. On a recent road trip to Denver, we took the opportunity to check out regional chow in Iowa, Nebraska and Colorado.

Last March, we covered three of Chicago’s own regional specialties: taffy grapes, breaded steak sandwich and Malört. Local favorites—some solidly in the comfort food category, others stretching into absolute weirdness—are common across the country. The car is the ideal mode of transportation for stopping and sampling foods that individual states and regions claim for their own; these are foods not found on the menu boards of national food franchises, but many times, they turn up on side streets along major highways. You have to look a little harder for some regional foods, but they’re there, just out of sight of the golden arches and Casey’s General Stores that dot the Midwest.

When you’re on the road, it’s easy to pull into a quick-service national chain for lunch or dinner. But i you’re willing to drive a little off the main highways, you’ll find food that will be truly memorable (which is not to say you’ll love it, although you’ll probably be glad you tried it).

On the road to Denver, our first stop was in Iowa, where we found two regional specialties that, while perhaps not exclusive to the state, have been claimed by Iowans as their own.

The Breaded Pork Tenderloin Sandwich. Iowa is big on pig: in March 2020, Iowa had an inventory of 24.6 million hogs and pigs, making it the top producer of pork in the country by a large margin. Iowa is not the only state to claim the breaded pork tenderloin sandwich as their own (Indiana is another contender), but Darrell’s Place in Hamlin, just north of U.S. 80, touts itself as the “Home of Iowa’s Original Breaded Pork Tenderloin.” As in many cases where the word “original” is applied to a food creation, it’s tough to support the claim that Darrell’s Place is where the breaded pork tenderloin sandwich originated. But the sandwich at Darrell’s Place is terrific, with a crunchy exterior yielding to tender, slightly salty meat, perked up with a pickle, cooled with lettuce and tomato, so simple and good, relying heavily (as it should) on some of the best pork in the world.

The Loose Meat Sandwich. It’s just what it sounds like: crumbles of meat, usually beef, on a bun. The primary source for this sandwich in Iowa is, without doubt, the Maid-Rite franchise system, with twenty or so restaurants scattered across the state. The meat is slightly seasoned and needs a blast of mustard or other condiment to bring it to life; blobs of meat fall from the sandwich as you eat because it’s, you know, loose. I can’t say that I get this sandwich, but Iowans love it, and it’s worth stopping at a Maid-Rite to sample this regional specialty. 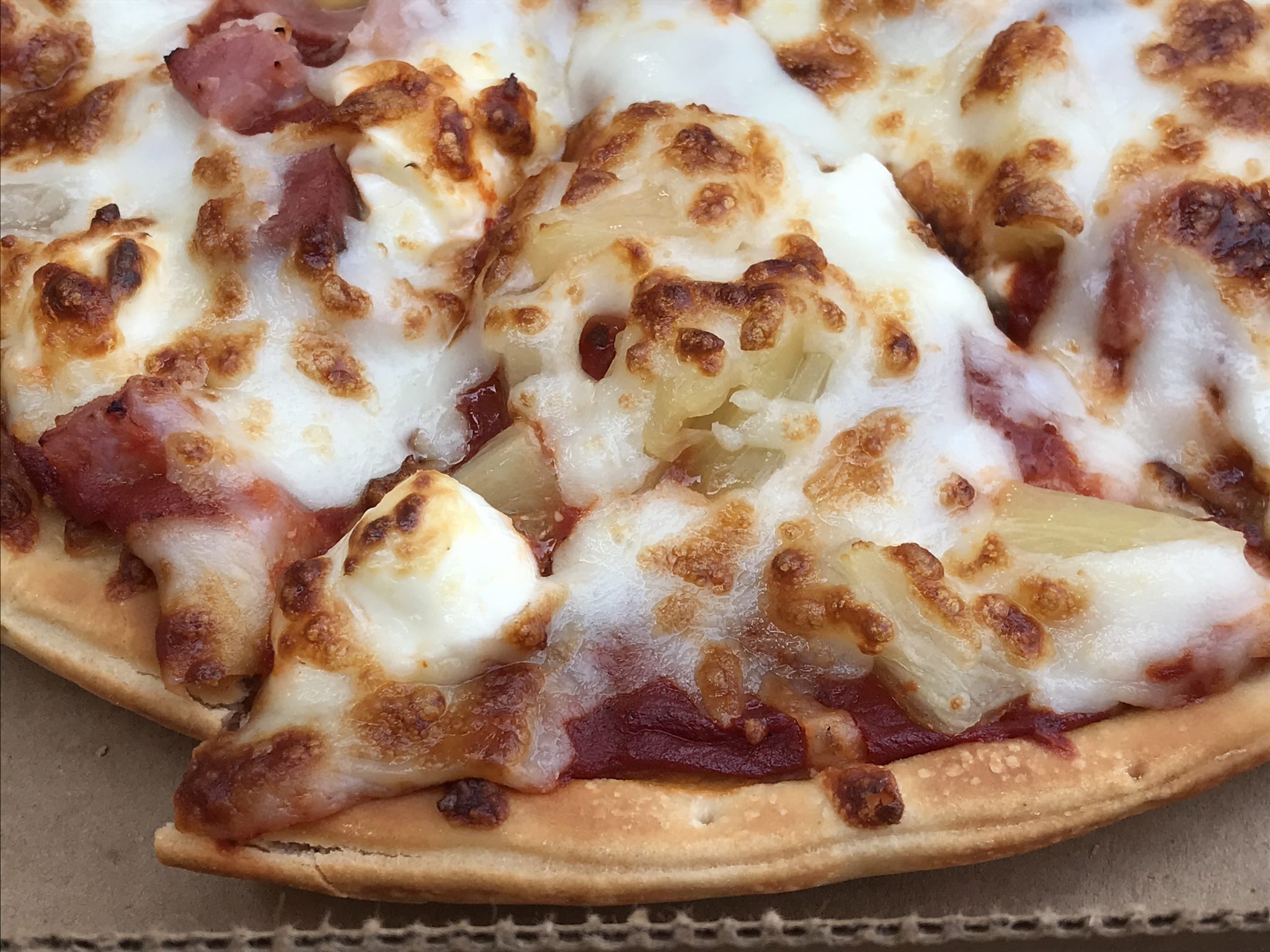 On an early car trip with my family, I remember looking droopily out the window as my dad drove us through Nebraska, and I distinctly recall thinking that “this is the most boring landscape I have ever seen.” Like Illinois, Nebraska is flat land, tediously even and uneventful, and maybe that’s why residents work to compensate by serving truly unusual regional chow. There’s a lot of cheese involved in Nebraska food creations, which should be no surprise as the state is in the top ten of America’s dairy producing states, with plans to become the dairy state. Watch out, Wisconsin.

Cheese Frenchees. A sandwich of American cheese, coated in finely ground corn flakes, deep fried, and served in quartered pieces, is available at diner-type places across Nebraska, although Lincoln seems to be a hub for this regional sandwich. Don & Millie’s, a popular local chain, has it on the regular menu. Also on the menu are margaritas and beer, and for a sandwich this unremittingly rich, a little alcohol proves a good solvent to swab the tongue between bites and pique the appetite for a Nebraska specialty that tastes pretty much as you imagine it would.

Cream Cheese Pizza. Pizza affords an infinitely variable bread platform that accommodates any number of additions and variations. In Nebraska, the regional aspirant to the pizza pantheon is the Cream Cheese Pizza, which replaces what many think of as the standard mozzarella or mozzarella blend with Philadelphia’s major contribution to the world of fromage. This is the only time that I’ve ordered a Hawaiian-style pizza with pineapple and ham, and the combination worked well with the non-aggressive cheese, which added a slightly sour and creamy note to the pie. Odd? Yes. Worth-trying? Yes, although mostly for anthropological purposes. We had ours at Valentino’s in Ogallala, on the Platte River just north of U.S. 80. 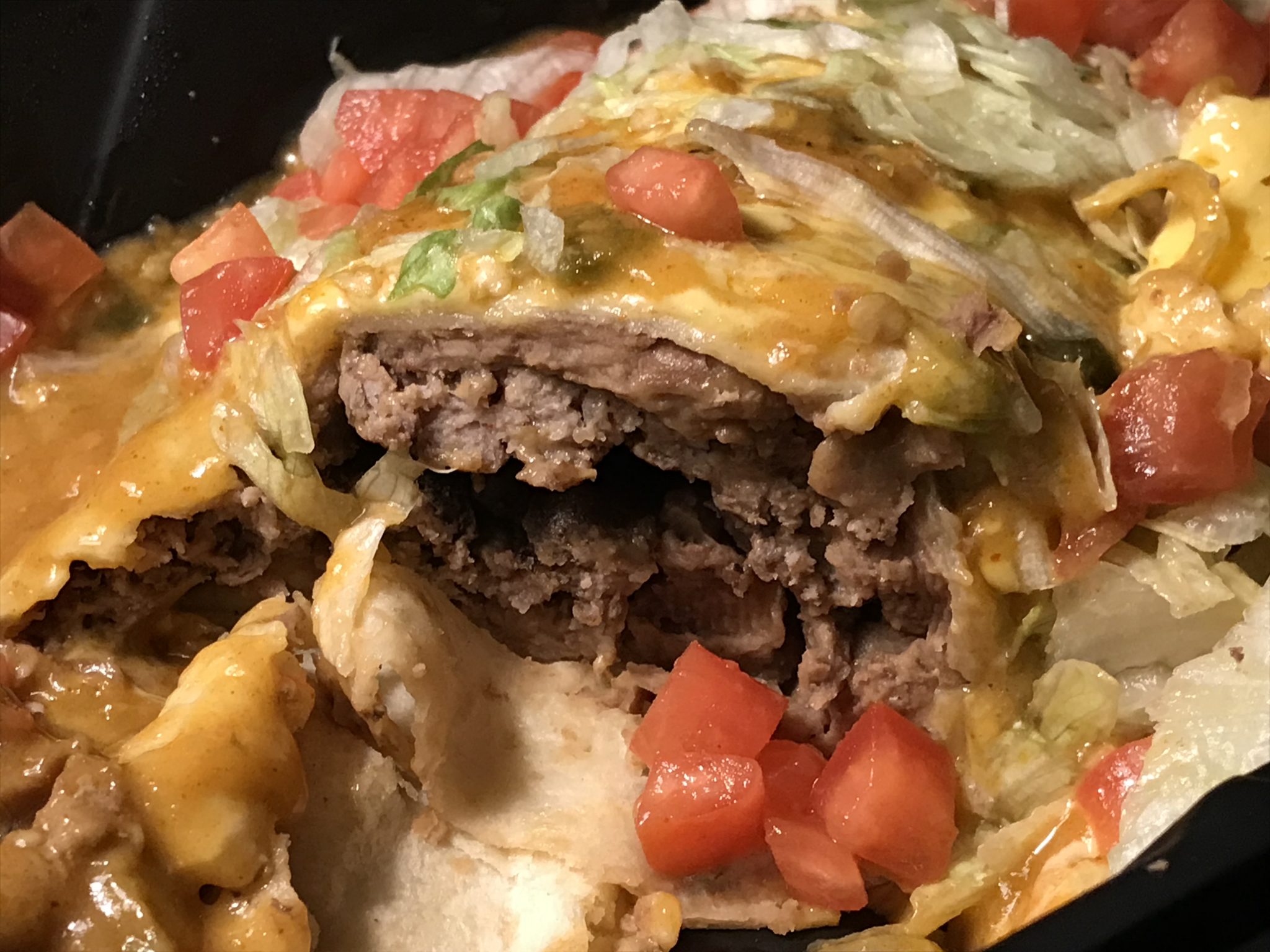 Colorado is a transitional state, on the edge between the Midwest and the West, while its distinctive cuisine seems most directly influenced by the South, specifically Mexico.

The Double Mexican Hamburger Burrito Deluxe. For the Double Mexican Hamburger Burrito Deluxe, two commodity beef-style patties are wrapped in a flour tortilla, with cheese, beans, lettuce and tomato, doused in an aggressive hot sauce which is called “salsa verde,” although it’s tinted a bright orange. This burrito is about two pounds of food, which is more than most humans should eat at a single sitting. Andrew Zimmern dubbed it stoner food. Chubby’s—a Den-Mex classic with several locations—was our first stop in The Mile High City. This burrito was a lot of soft, mushy food, colorful and crudely flavorful, perhaps a perfect munch for the high-minded. Chubby’s claims that it serves authentic Mexican cuisine, but I defy you to find anything like this in Mexico, unless it’s at a transplanted American operation. The lack of authenticity makes Den-Mex food interesting: it’s a creation of a specific location, the food of an individual place… but that place is not Mexico.

Fried Tacos. Many of us grew up eating hard-fried taco shells, whether from Taco Bell (which claims to have invented them, the better to stack them and ensure portion control) or from supermarket brands like El Paso. Fried tacos, however, are also purported to be another Den-Mex original. There are multiple locations in Denver where you can sample the fried taco, and we rely on recommendations from Titus Ruscitti, the renowned food scout recognized in Newcity’s 2019 Big Heat list. On his blog, Smokin’ and Chokin’ with the King, Ruscitti has done a deep dive into Den-Mex cuisine. He declares that “Taco Bell and their factory-made shells gave the crispy taco a bad rap. But if you dig deep enough, you’ll find that the crispy taco is alive and well.” For fried tacos, Ruscitti recommends Mexico City Lounge, and he has tantalized us with tales of another Den-Mex specialty: a Denver-style chili relleno, made with cheese-filled Anaheim chili, wrapped in a wonton skin, fried, and smothered in salsa verde.

Denver-style fried tacos and chili rellenos are high on our list of must-eat regional foods to sample when we return to Denver. During that upcoming trip, we plan to also explore the regional foods of Utah, including local favorites like the Pastrami Burger, Utah Scones and Funeral Potatoes.

It would be hard to find a single state in the Union that does not boast a few regional specialties at places claiming to be the original source for novel foods. When traveling by car, it’s easy to do a little exploration that might result in deliciousness and, if you’re lucky, you might gain insight into the people who live in that state and who proudly eat what they consider to be their own unique brand of deliciousness.