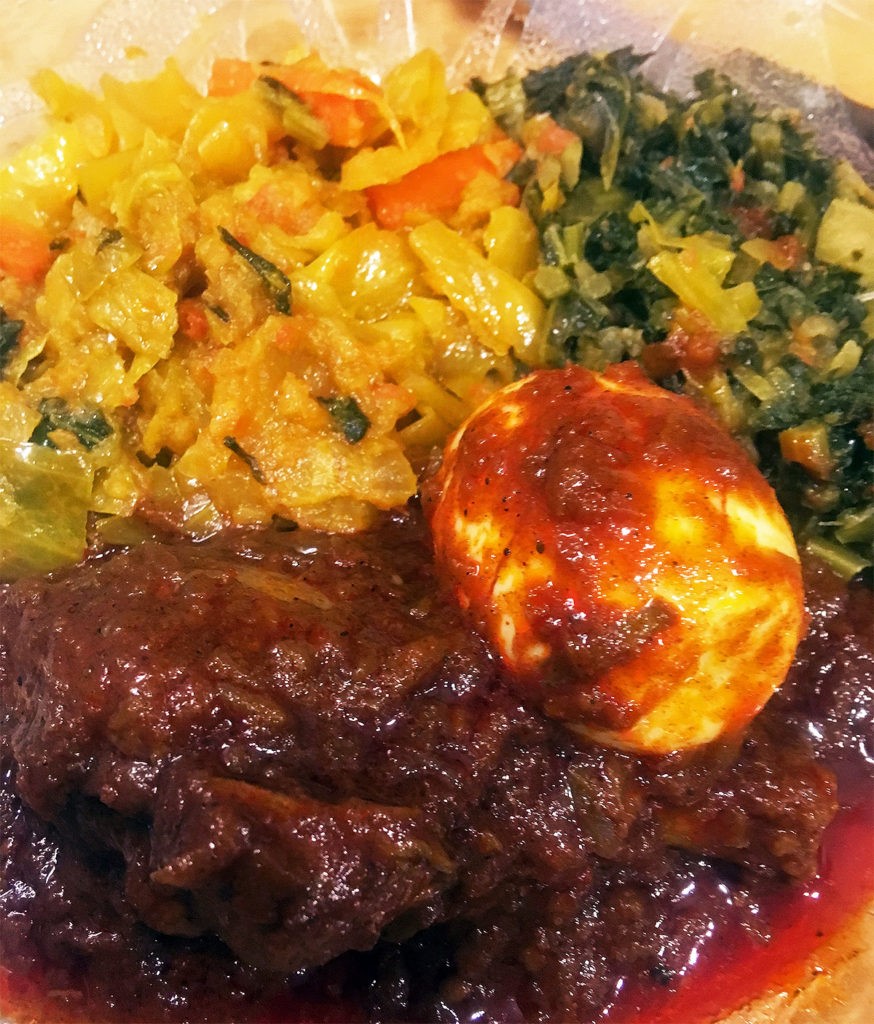 Dark, piercing eyes hint at the story to come. Inquisitive, wise and gentle, they’re pained as well. They remind me of something my grandmother would say in quite broken English:

“If you knew their troubles, you’d keep yours.”

For a few years, I’ve been teaching drums to the ten-year-old twin girls of a lady we’ll call Zaheen. As students go, the twins are special… Crazy good, and sweet as hell. Whenever Zaheen would drop off or pick up her kids, she’d say “Thank you for teaching my girls.” Every time. Always a “thank you.” Her girls are the same.

Born into a merchant family in southern Ethiopia, her father studied and taught the Quran before becoming a shopkeeper, earning the honorific “Sheikh.” Zaheen and six siblings grew up in the family store waiting on customers of every tribe and culture. While other kids were playing, they were stocking shelves, cleaning floors and doing whatever needed doing. She loves languages and speaks six fluently.

It is believed that Zaheen’s father died when she was in the eleventh grade. In fact, he was disappeared by the government. In 1993, government forces suspicious of Zaheen’s father’s generosity accused him of funding the opposition. They came to the store and questioned the family. “Does he have any guns?” “Who does he give money to?”— harassing them until they would pay the men to stop.

Then they took him away. “They killed him… or he died. They say they buried him, but we don’t know, we never saw the body.” He was forty-three.

What little was left—their house and the store—was seized by the government. Locked out of their home, with no means of support, Zaheen’s mother took the family to Djibouti where they joined friends and business associates. Zaheen and her sister found jobs as housemaids, cooking and cleaning. She married and had three children in short order.

Because of the political nature of her father’s death, she was a prime candidate for refugee status. She applied to immigrate to America and, miraculously, was approved. She says she felt numb and that even the immigration officer cried when he heard her story—giving her his business card after the interview and telling her to contact him when she got to the States.

It was 2001. Zaheen and her family were finally in Chicago. They spoke no English, and all three children were under age three. Her husband found semi-steady work while she raised the kids over the next few years, learning English by watching public television and making the children teach her whatever they learned in daycare or school each day. Once the kids were in school, she wanted to go back to work, but her husband, traditional Ethiopian man that he was, said no, insisting that he would work and she would stay at home with the kids, like in Ethiopia.

That didn’t play well with Zaheen, who wanted to take advantage of America, you know, that land of opportunity stuff. Exasperated, she divorced him.

Zaheen’s had a couple of jobs. One job was at a bookstore, which she loved because she learned to read English better, and another at Inspiration Cafe, a job-training program where she learned classic cooking techniques and proper sanitation. Remembering her time as a housemaid in Djibouti, she says her employers loved her cooking and were more like family, even introducing her to her husband.

Her mother grew up cooking for nine uncles, and she taught Zaheen and their housemaid how to cook. Today, Zaheen cooks traditional Ethiopian fare in an immaculate home redolent with the warm spices of cumin, cardamon, cinnamon and ginger.

Doro wat, a robust stew of chicken, caramelized onions and hard-boiled egg, is a family favorite. Spinach, cabbage and beets make their way to the table with assorted lentils and legumes. Then there are tibs, cuts of meat seasoned with berbere, an Ethiopian chili powder spice blend fragrant with fenugreek and clove. The vegetables and meat are served over injera, oversized, porous sourdough flatbread made from the fermented flour of an ancient grain called teff.

The food taboos of the Old Testament are observed, so pork and shellfish are haram (forbidden under Islamic law). Utensils aren’t used, so with the right hand only (very important) you scoop up the food with injera. It’s customary to eat from the same plate or feed others out of hand as well.

She loves cooking the special foods eaten only at Ramadan, and she also cooks Somali food. Laughing, she tells me that one of the Somali national dishes, macaroni with a thick tomato meat sauce and sliced banana, was a result of Italians colonizing the jungle.

Wary of the Ethiopian government, she doesn’t participate on social media for fear of retribution. She loves America and became a citizen in 2006. She’s liberal but also an observant Muslim who misses her former way of life and culture. Ramadan just isn’t the same in a non-Muslim country with no call to prayer five times a day, or the monthlong dawn-to-dusk fast with your neighbors.

When her oldest daughter spoke at her graduation ceremony, she singled Zaheen out. “Everything we have, she gave us. It all came from her.” Surrounded by the other parents, most from a more elite social stratum, Zaheen had no issue declaring she was a maid, a mother, and a refugee. In fact, she couldn’t believe she was even sitting there.

Flashing a smile exuding wisdom and inner beauty, Zaheen says in her singsong voice, “God is with you when you make people happy. America, you people, your hearts are very nice.”

Many people have helped her, for which she is eternally grateful. While she herself has never experienced discrimination from wearing a hijab, her kids have. She dismisses it as kids being kids, who don’t know any better, and tells hers to “Just explain to them about our religion. You have to sit down and talk… and listen, to solve any problem.”

Disrespect is the main issue she has with American culture; the way teenagers talk to adults. “Growing up, in my country, we never spoke like this.” She attributes respect to teachers and elders as part of Islam, and she brought her children up in a pious household with those values.

Crediting Ethiopia’s diversity for making her an early advocate of human rights, she says “Everyone God created is the same. You meet people, or you do business with them, have an understanding, and they become family to you. This I strongly feel.”

She believes Islam has been corrupted and hijacked by a small minority.  The Islam she loves celebrates mothers, sisters and daughters. She opposes female genital mutilation, calling it “circumsurgery” and by moving to Chicago, she protected her daughters from a fate she couldn’t escape.

During our conversation, Zaheen was trying to explain something to me but was missing a crucial word. I supplied it, in this case “nationality,” and her thanks were so quick and effusive you couldn’t not feel her genuine thirst for knowledge. I’m hoping that in reading this story, in some small way fosters the understanding that we all have similar hopes and fears, that it will bring us closer. Maybe be more willing to walk a mile in someone’s shoes (or hijab).

Scrape legs with blade of knife, soak in salt water with lemon squeezed into it, five minutes.

Cook down onions over medium heat in a large, heavy bottom sauce pot/Dutch oven.  NO oil. Stir occasionally, about fifteen minutes. Add water if it begins to scorch.

Cook and peel hardboiled eggs (can be done in advance).

When the chicken is finished, remove from heat, and gently fold in the scored hardboiled eggs, lightly coating them, being careful to keep intact. There should be one egg per piece of chicken. Traditionally served over injera (available at Fresh Foods on Devon) or rice will do in a pinch.