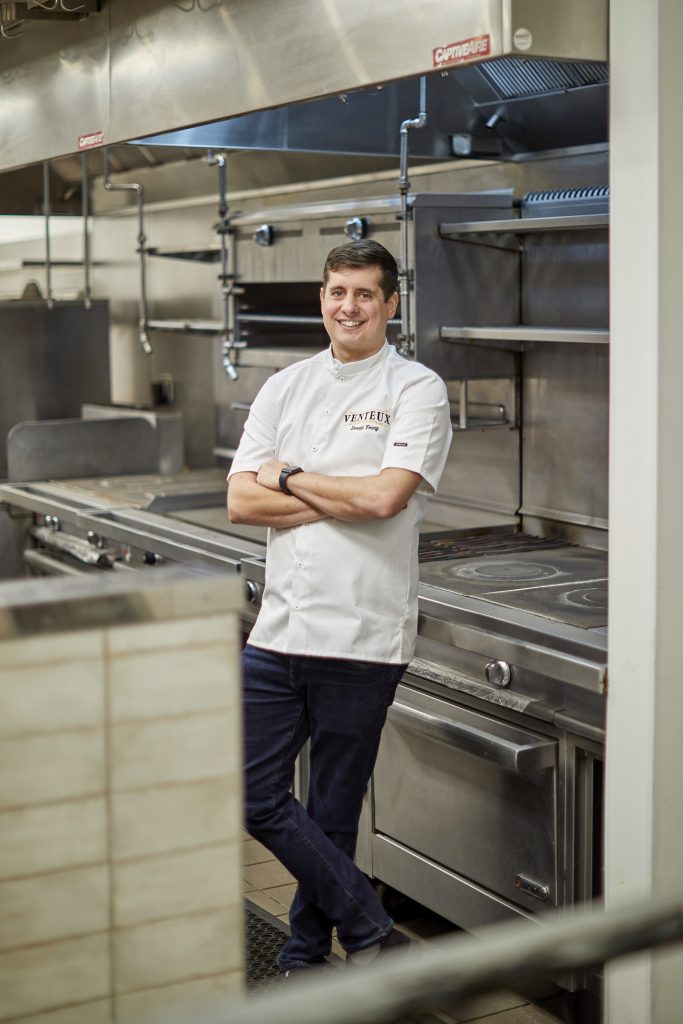 French cuisine has always had a powerful influence on Chicago culinary culture. The city’s first restaurants, such as the early nineteenth-century Lake House Hotel on Kinzie, offered menu items that reflected the French tradition, like Veal Fricandeau and Galantine of Lamb, and all the wines, of course, were from France.

The newest restaurant to continue the Gallic tradition in Chicago is Venteux. Heading up the kitchen at Venteux, which opened during the last days of May, is executive chef-partner Don Young. Young and his team turn out distinctly French-influenced dishes, like escargots, brie en croute, tuna Niçoise, coq au vin and steak frites. 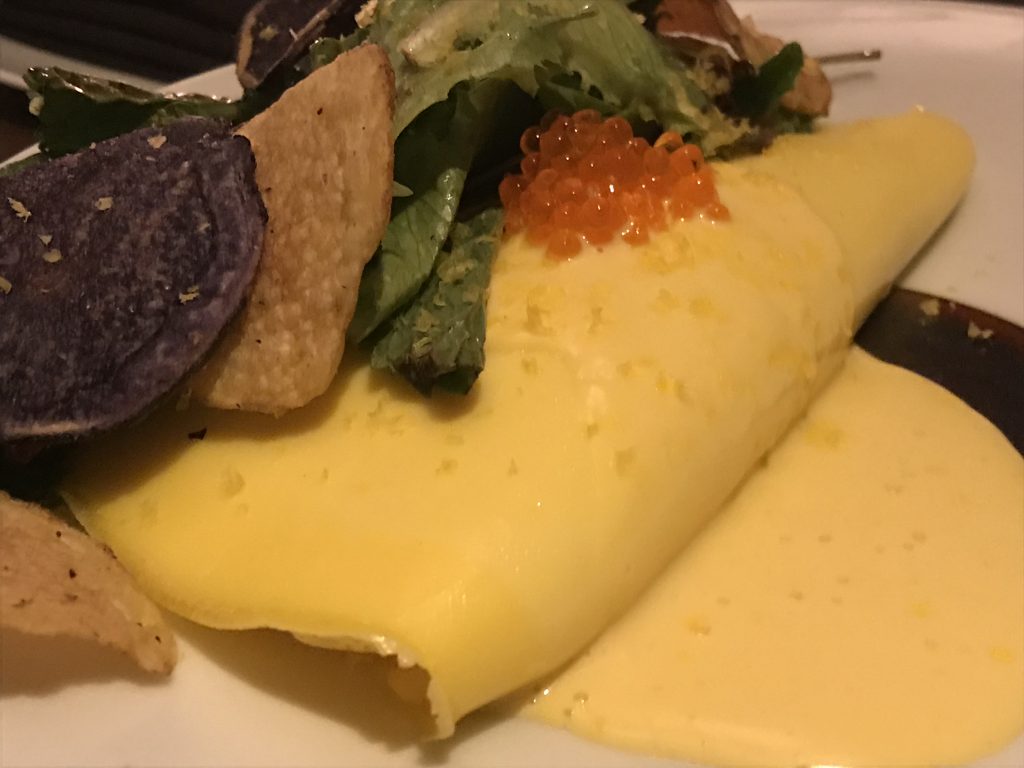 One of our favorite dishes at Venteux is Eggs Five Ways, a playful take on the omelet, which is one of the most popular French dishes in the United States, second only to French fries. Young tells us that he developed this dish when he was working at Temporis. “I came up with this custard using a French cheese, Delice de Bourgogne,” which he turns into an egg scramble that fills the omelet, then he adds Hollandaise, trout roe, and finally grates a cured egg on top—five ways; count ‘em. This dish is simple and delicious, our favorite kind of food.

“One of my favorite things to do,” says Young, “is make traditional French sauces, some of which my kitchen staff had never heard of before, like Rouennaise, which contains duck liver. We serve it with our dry-aged duck breast.” 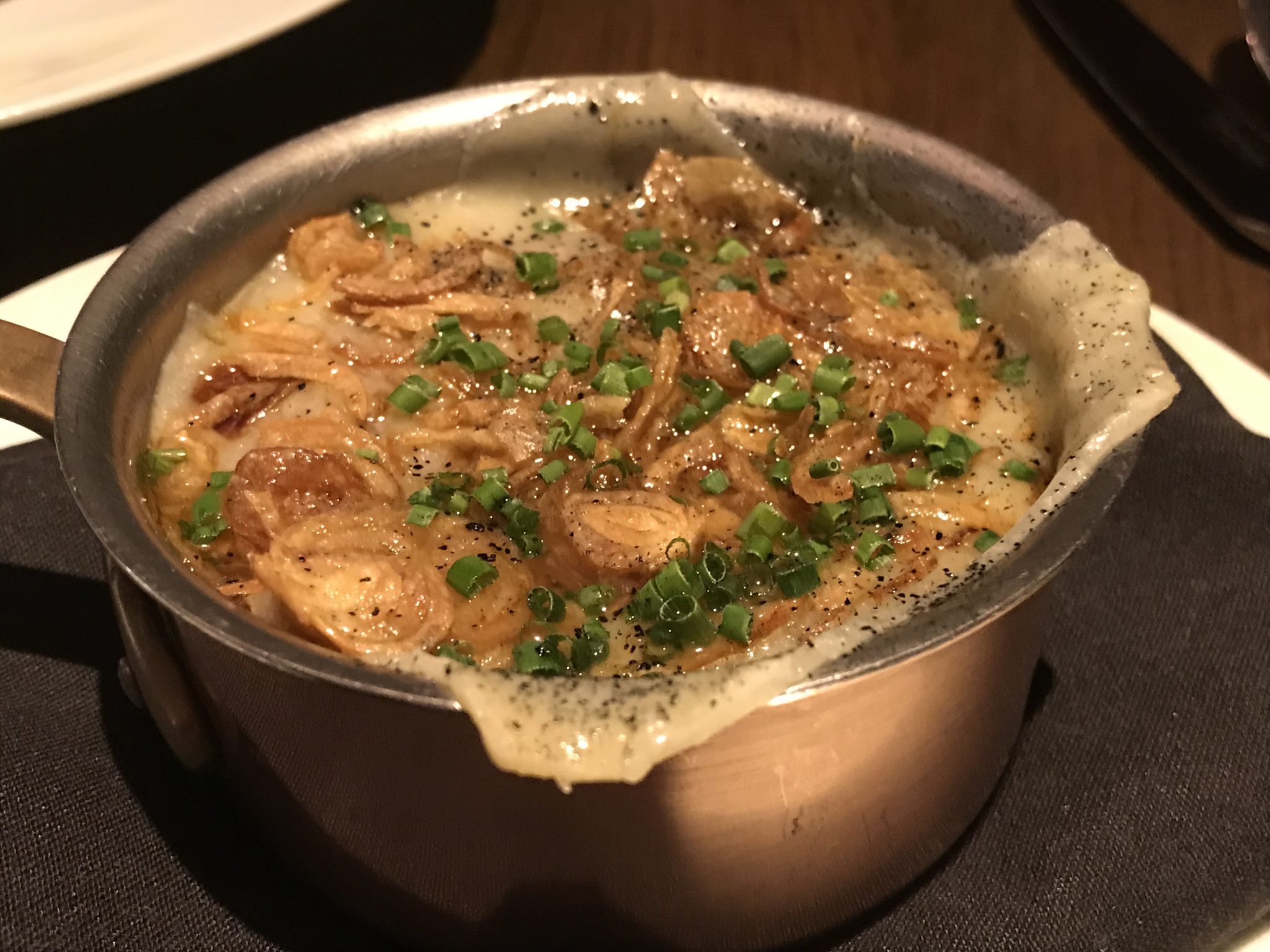 Young’s approach relies, in the manner of traditional French chefs, on the highest-quality locally sourced ingredients. “I got a slap on the wrist from Mary Beth [Liccioni] at Les Nomades for using corn, because it’s not a French ingredient. But I like to stay local and seasonal. Why would we restrict ourselves? We’re all about using ingredients that are great, and then applying French technique. I’m modernizing what I learned at Le Francais, Les Nomades and Henri.

“So we’re doing escargots with brioche but with compressed apples, tossed with classic maître d’ butter, Pernod and anchovies, and instead of doing it in a super-buttery sauce, I’m using a Hollandaise to mimic the brioche. It will be a little lighter and more fun than the straight traditional version.”

The name “Roland” [Liccioni] comes up several times in our conversation with Young, and I asked him about the influence of this chef-owner at the long-gone Le Francais, a seminal restaurant often considered the place that first put the Chicago area on the international culinary map. I had to ask: “You were just a teenager when you started working at Le Francais, how did you get into that kitchen?”

“I was always cooking with my dad, learning how to make eggs, and when I was like eight,” remembers Young. “I wanted an Easy-Bake Oven, and my parents didn’t want to get it for me. Not sure why, but I kept demanding it, so my aunt and uncle bought me a Mr. Peanut peanut grinder, but when I was a kid, all it could make was chunky peanut butter, and I hated chunky peanut butter. So they returned it and got me the Easy-Bake Oven. I tried to make cookies, but then the light bulb burned out, and that was the end of it.”

As a kid, Young remembers, “My family was very traditional. All my vegetables came from a can, except maybe corn-on-the-cob, and mashed potatoes from a box—Thanksgiving was the only time we had real mashed potatoes. We did not have the most adventurous palates.”

Then Young dropped a comment that blew my mind: “I actually started working with Roland before I started liking food.” 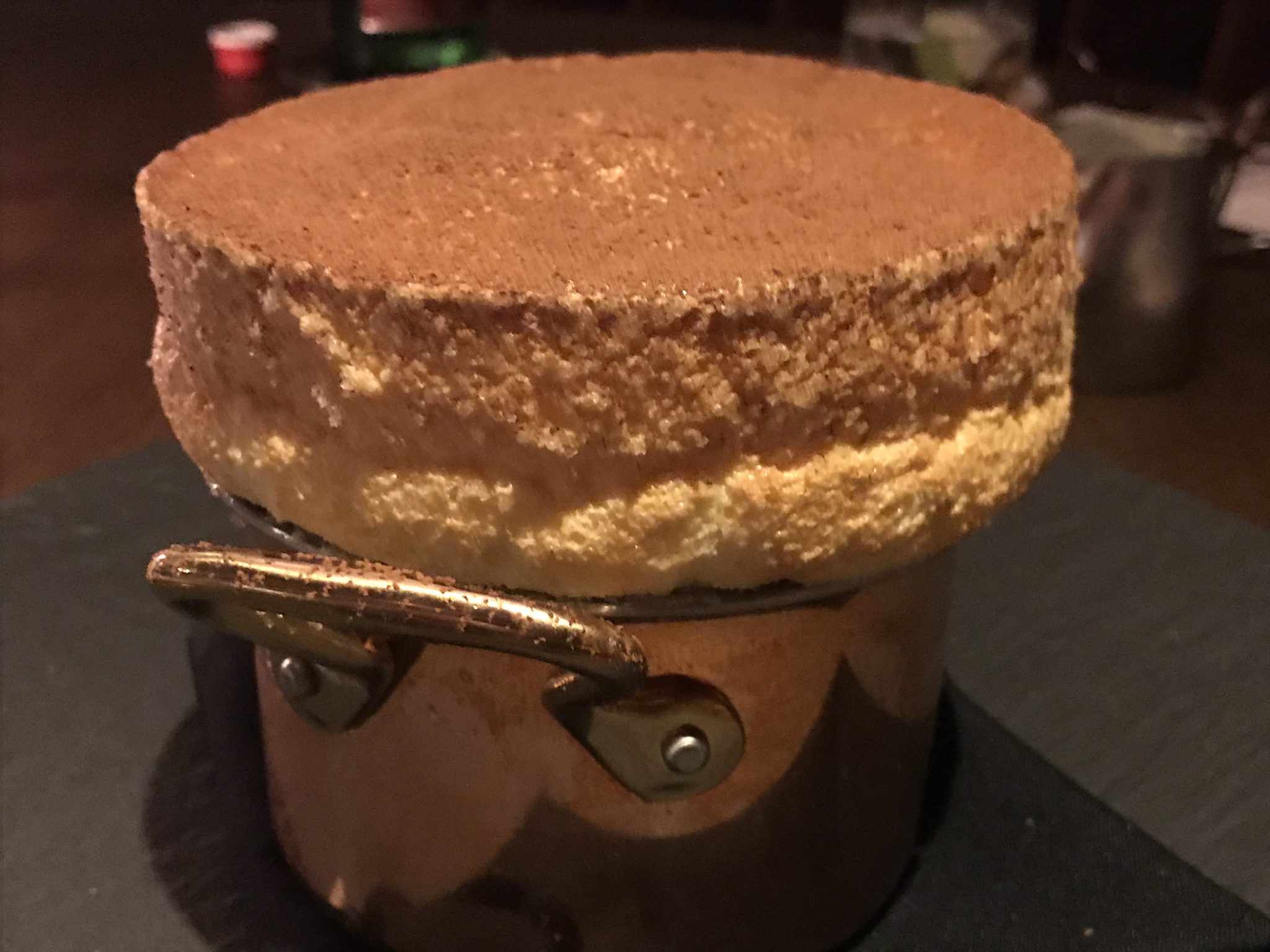 “When I was a kid, I was a big metalhead, a punk,” Young says. “I wore all black and chains, big ‘fro. And when I’d go to restaurants, I’d always get only the cheeseburger, ketchup, mustard and French fries. I never wanted to get anything else.”

So how the hell did you get into Le Francais with that attitude?

“I’m not sure why Roland said ‘yes,’” Young says, “It was probably because he trusted the guy who recommended me. Roland was also a very gentle and nice person, and he didn’t judge right away. He gave me a chance. So, I started working at Le Francais, but I hated it. I was losing my weekends. I was in high school at the time, and I never got to see my girlfriend. I wanted to have a life…plus I was also working at Culver’s.”

That’s right, Young was holding down two jobs, one at a fast-food place—albeit a good one—and the other at what was the most highly regarded restaurant in the Midwest.

“One day, I told Roland, ‘I don’t feel good. I want to go home.’ And he said that was fine; it seemed like maybe he didn’t even care. I had no idea what I was going to do with my life. I was super-depressed. But my parents guilted me into going back, and something clicked. I started forcing myself to try stuff. Even at Culver’s, I started putting everything on my hamburger—pickles, lettuce, onions—and that’s when I started loving food. I’d try a food two or three times before I decided I didn’t like it. I still don’t like raw garlic.”

Looking back, Young recognizes that “Roland shaped me to what I am today. Even Culver’s made an impression: I looked at the kitchen there, and suddenly it all made sense.”

The experience at Le Francais made a big impression on him, and those years inform some of his menu at Venteux, but Young says he also would like to serve a dish inspired by Culver’s. But he’s not ready to reveal that one.