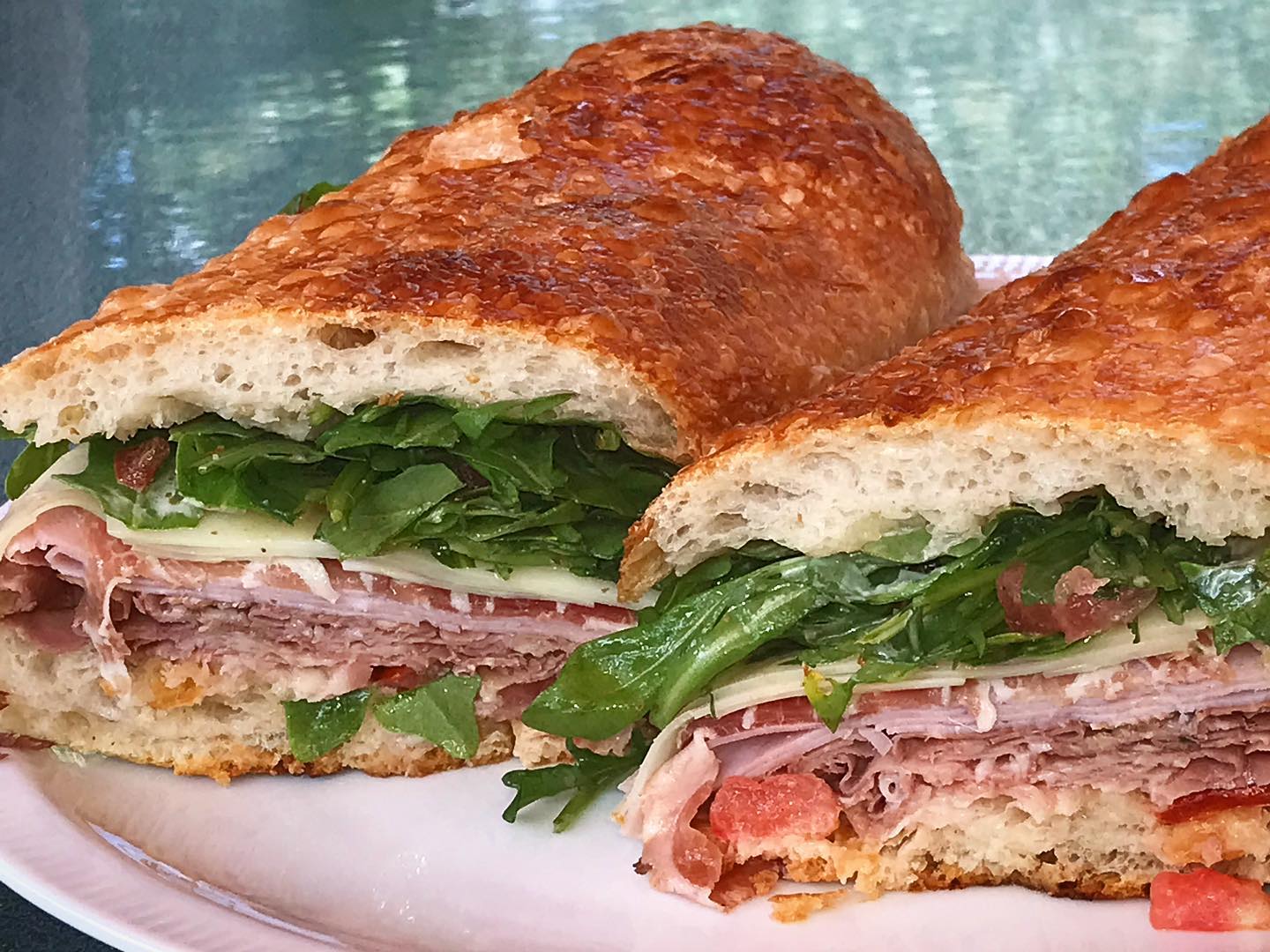 “Here,” said chef Gaetano DiBenedetto, as he handed me what looked like a pale pink rose. It was mortadella, cut very thin, folded a few times into delicate leaves, most unlike the pale brownish sausage flecked with fat that’s usually the last thing eaten off a deli party tray. I didn’t recognize the mortadella at first: it was so good and so unlike other versions of this sausage that I’ve had.

Equally unlike what I’d had in the past was the submarine sandwich I gobbled down at Gaetano’s Artisan Foods, a small, old-fashioned market occupying the space that, pre-pandemic, was a sit-down restaurant but now offers superb Italian dry goods and deli items.

Last winter, we’d ordered the pizza at Gaetano’s, and it was superb, somewhat like the Sicilian pizza at places like Pizza Friendly Pizza and, like Noah Sandoval, Gaetano pivoted to pie. We are thankful he did. Gaetano’s pizza is thick, like focaccia, with superb toppings, a thing of beauty.

Twenty years or so ago, when Chef Gaetano was located further east on Madison in Forest Park, I stopped to get some focaccia on my way into the city. Driving into Chicago on the Ike, the boxed-up focaccia smelled so unbelievably good, I had to pull onto the shoulder, undo my tie (we still wore them early in the century), and furiously shove the focaccia in my piehole before I could drive another mile. It was that fabulous.

There are Italian chefs like Mario Batali, who have said that with a dish of pasta, it’s all about the noodles, less about the sauce. I don’t see things that way, but it’s impossible to deny that pasta is important in the dish. When I ask Gaetano his tips for making a great sandwich, he says without hesitation, “The bread, you have to use good bread. We ferment ours for three days, which makes it easier to digest.”

Baked fresh daily, the bread for Gaetano’s sandwiches is par-baked and then finished when the customer puts in an order. His bread is, simply, magnificent. Full of flavor, the bread has a crust with good crunch and yet it’s so tender that it absorbs the flavors of the giardiniera and gently frames the flavors of the house-cured meat. 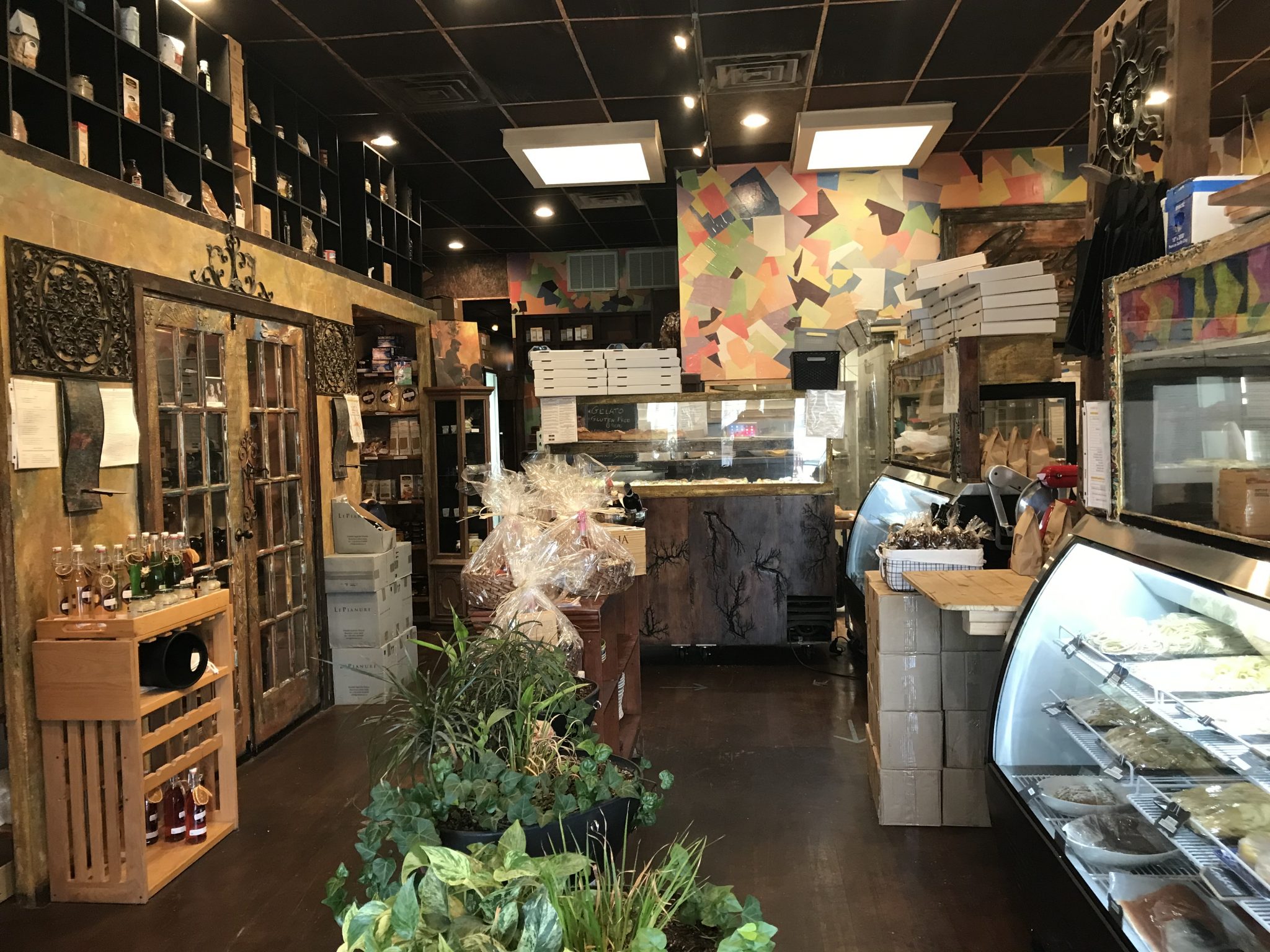 The menu attached to a wooden post by the meat counter lists the “sub” as containing “chef’s choice of meats, hot giardiniera, arugula, Swiss cheese, mayo and tomato.” As I ate, it became apparent that what was on my sandwich was capicola (or as we Italian-Americans sometimes call it, gabagool), porchetta and that wonderful mortadella. The house-made giardiniera was outstanding, and I’ve eaten a lot of giardiniera in my time; like many of the sauces and prepared foods, the giardiniera is a house brand.

The regulation sub sandwich at Gaetano’s is a foot-long, and the guys behind the counter are glad to cut it in half. It’s $16, which may seem like a lot for a sub, but… it’s a foot long, eminently shareable, and it will cast in the shadows other local subs such as those from Subway, Jimmy John’s and Potbelly (listed here in order of ascending deliciousness; none come close to Gaetano’s). In the surrounding and still heavily Italian communities of Elmwood Park and Melrose Park, there are very good Italian grocery stores, like Alpine Food Shop on North Avenue and Riviera Foods on Harlem, that offer sub sandwiches. I have had the local subs and they’re exceptionally good, but not as good as what I had at Gaetano’s.

The excellence of this sandwich comes down to the quality of the bread and meat, but there’s something to be said for the composition of the sandwich, the disposition of ingredients on the bread. On my sandwich, the soft texture of the mortadella contrasts with chewier capicola, and the lushness of the porchetta makes for luxurious bites tempered by the spiciness of the giardiniera, the acidity of the tomato and the pepperiness of the arugula. Incidentally, there is enough arugula on the sandwich to qualify as a side salad, but that’s not to say this sandwich is overstuffed. It is a foot long, so there’s a lot of room to add ingredients. 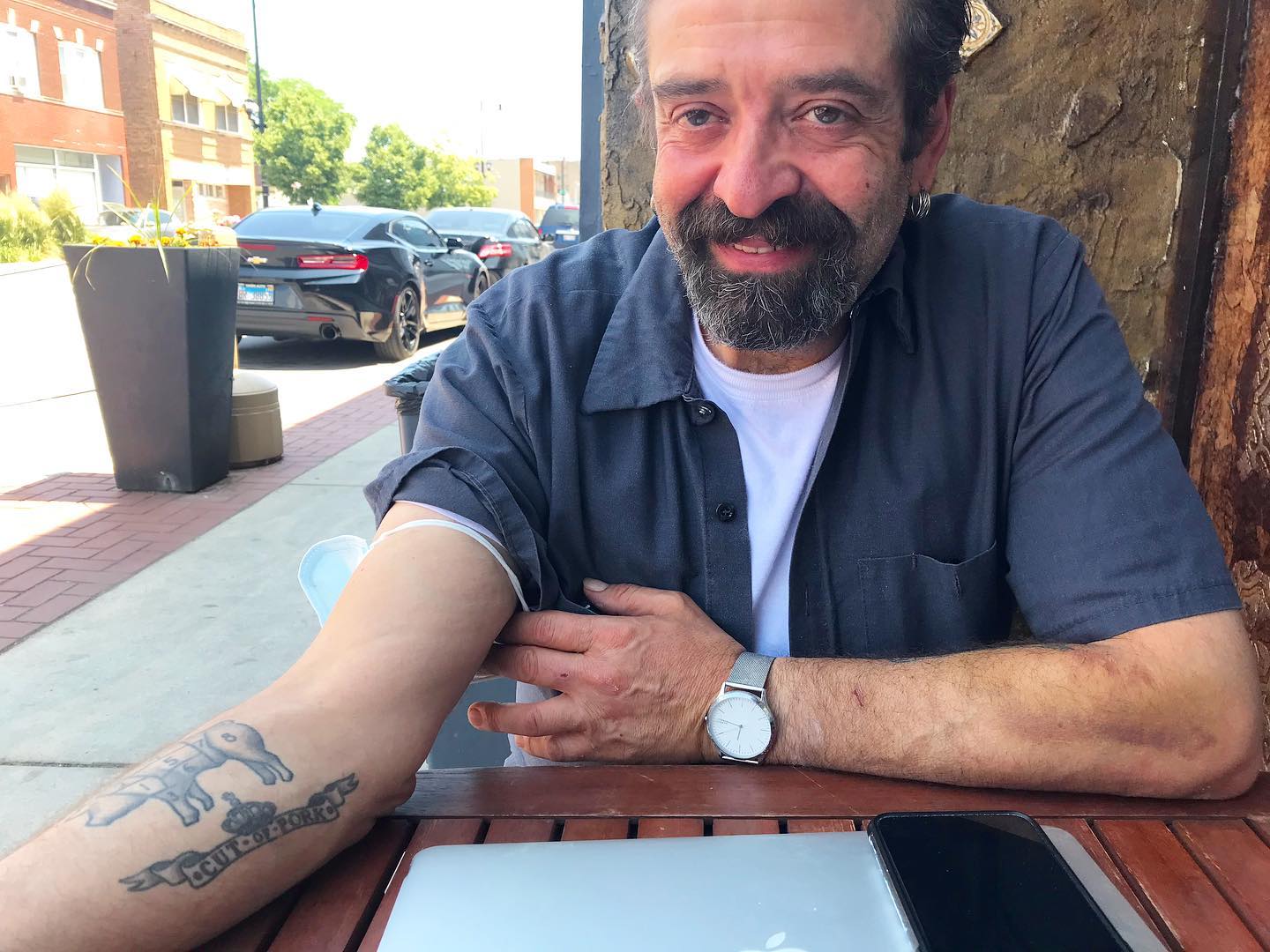 The day after I bought my first sandwich from Gaetano’s, I went back for my second. Chef Gaetano was sitting outside, and I thanked him for the excellent mortadella he’d gifted me with the day before. I had to ask him what made it so delicious. “You need to use different cuts of pork, because different parts of the pig taste different,” he says, gesturing to the tattoo of a pig, with cuts indicated, on his forearm. This is a man who knows meat.

If I had one criticism of the sandwich, it’s the Swiss cheese. Nothing wrong with Swiss cheese—the last cheese I bought was a huge hunk of Swiss from Costco—but on an Italian sandwich, it seems like provolone might have been more appropriate; there is no doubt Gaetano has his reasons for using Swiss, and there should probably be no room for second-guessing the decisions of a guy who knows how to make a sandwich, a great and good sandwich, a sandwich so textured and flavorful that you will want to enjoy it with a glass of wine. It deserves that kind of respect.