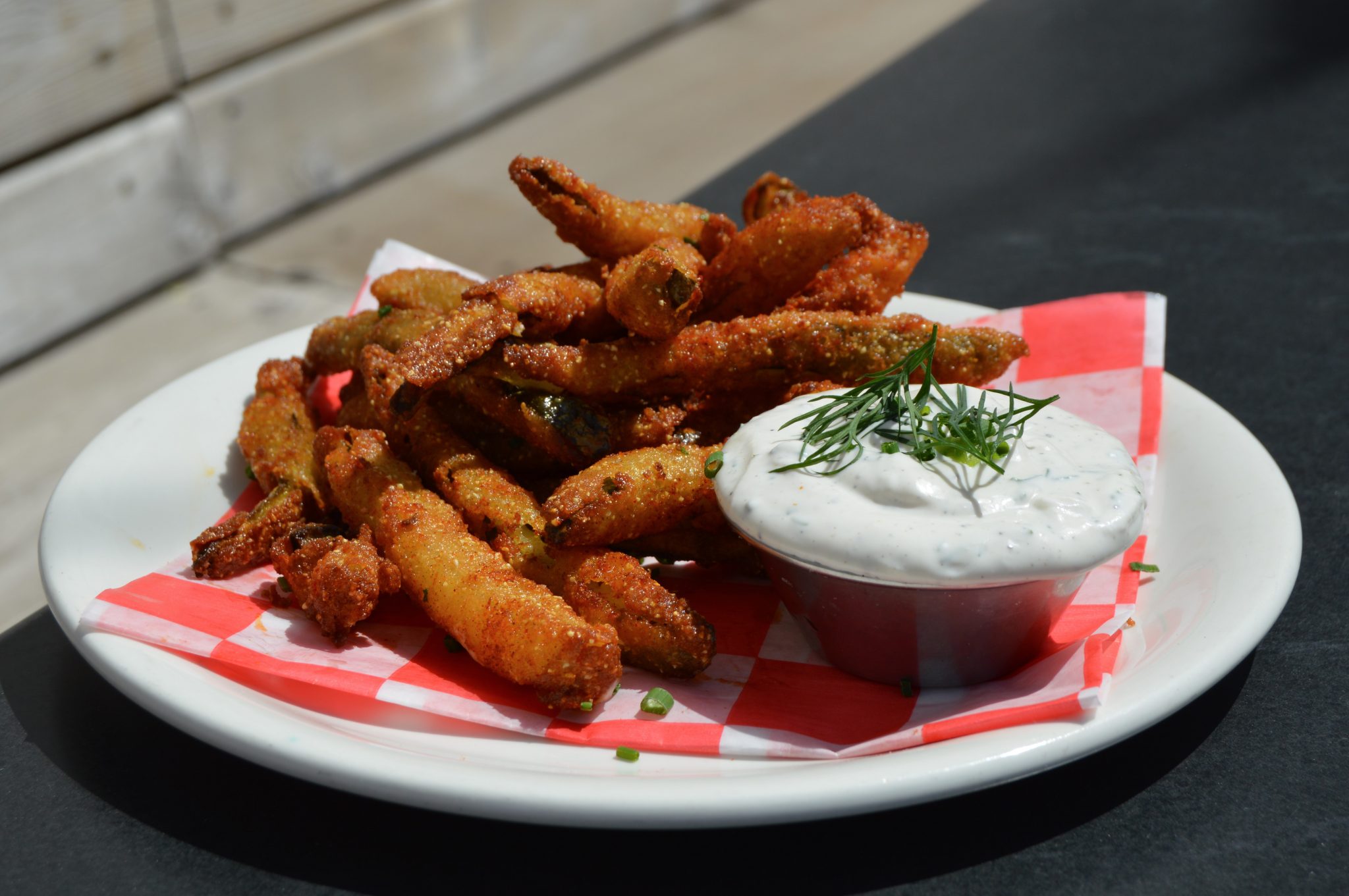 16″ on Center is Chicago’s self-described “hospitality collective taking on projects and buildings in neighborhoods where they can’t wait to hang out.” Managing partner Bruce Finkelman, along with partner Craig Golden, operates a wildly diverse portfolio of local venues, including the Empty Bottle, a classic of the Chicago music scene, Longman & Eagle, the Michelin-starred gastropub, and Revival Food Hall, a 24,000-square-foot collection of some of Chicago’s favorite restaurants. Finkelman, who for several years has made Newcity’s Big Heat listing of movers and shakers, is always looking for new ways to bring cool dining and entertainment experiences to the city.

Not long ago, Finkelman was chatting with James Beard-award-winning chef Zach Engel of Galit, Lincoln Park’s acclaimed Mediterranean restaurant, which specializes in the food of Israel’s immigrant cuisines. The restaurant entrepreneur asked the chef if he knew of anyone who might be interested in cooking for the summer at his reopened Lou’s Backyard, the outdoor dining space at Saint Lou’s Assembly.

Engel’s answer was simple. “I was like,” Engel remembers, “what about me?” Sounds to us like Finkelman may have expected such a response, and he offered Engel the opportunity to exercise free rein over the menu. Perhaps unsurprisingly, Engel is going with the theme of “Middle Eastern-meets-Southern” cuisine, and in doing so he came up with some surprising parallels between the past and present inhabitants of the Levant and the good folks of places like Mississippi and Louisiana.

Engel grew up in New Orleans, which is where he started his cooking career, but it had been a while since he’d cooked Southern food. He was excited about the opportunity to merge two culinary traditions that had a big impact on him. A backyard space with picnic tables seemed like the perfect setting for, as Engel says, “sharing part of my story.” 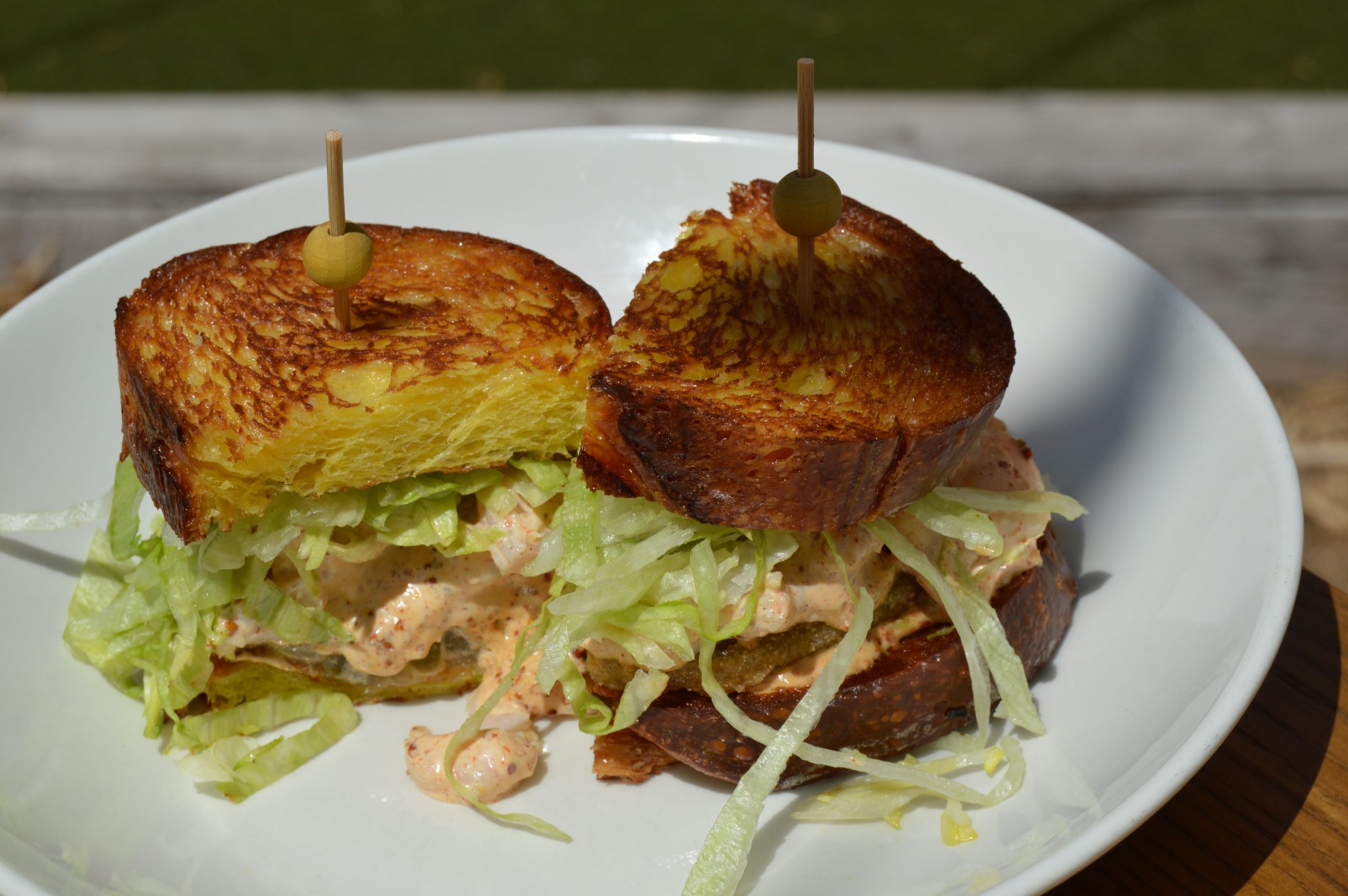 While they might not seem like an instant pairing, Engel says the Southern United States and Middle East have a lot of cultural overlap, especially when it comes to hospitality.

“When you come into someone’s home in the South or the Middle East, people are very welcoming,” he says. “They’re hitting you hard with food and drink, and there’s a sense of community that’s very strong in those different cultures. And the way the food is prepared and served is similar—family style, big portions, lots of fun, a lot of dipping things.”

He also notes that plenty of Southern food was inspired by African cuisine, including North Africa and Middle Eastern countries that were active trading partners along the spice route, the ancient commercial pathways that connected the people of Europe, Asia and Africa, and spread the popularity of spices like black pepper, cinnamon and ginger.

“Lots of heat, a lot of similar vegetable use, beans—the base level meets up in a lot of ways,” Engel says. “Just hearty and filling and a lot of the food [in both Southern and Middle Eastern cultures] is cooked with a lot of love, ancestry and storytelling.”

“We have a lot of these juxtaposing, overlapping ideas on the menu,” he says.

Think fried pickles with a ranch sauce that uses labneh instead of sour cream, French fries with an Ethiopian-style berbere spice on top, a grilled mushroom po’boy with a Yemenite spice blend, and fried green tomatoes with remoulade on challah.

A dish that Engel is particularly excited about is the crawfish boil shawarma. Once he saw the meat spit at Lou’s Backyard—a rotisserie-style way of cooking chicken—he knew he had to use it. The dish features a flatbread piled high with chicken marinated in crawfish spices, corn, pickled mushrooms, grilled onions and garlic toum (a popular Middle Eastern spread that’s often served on shawarma). 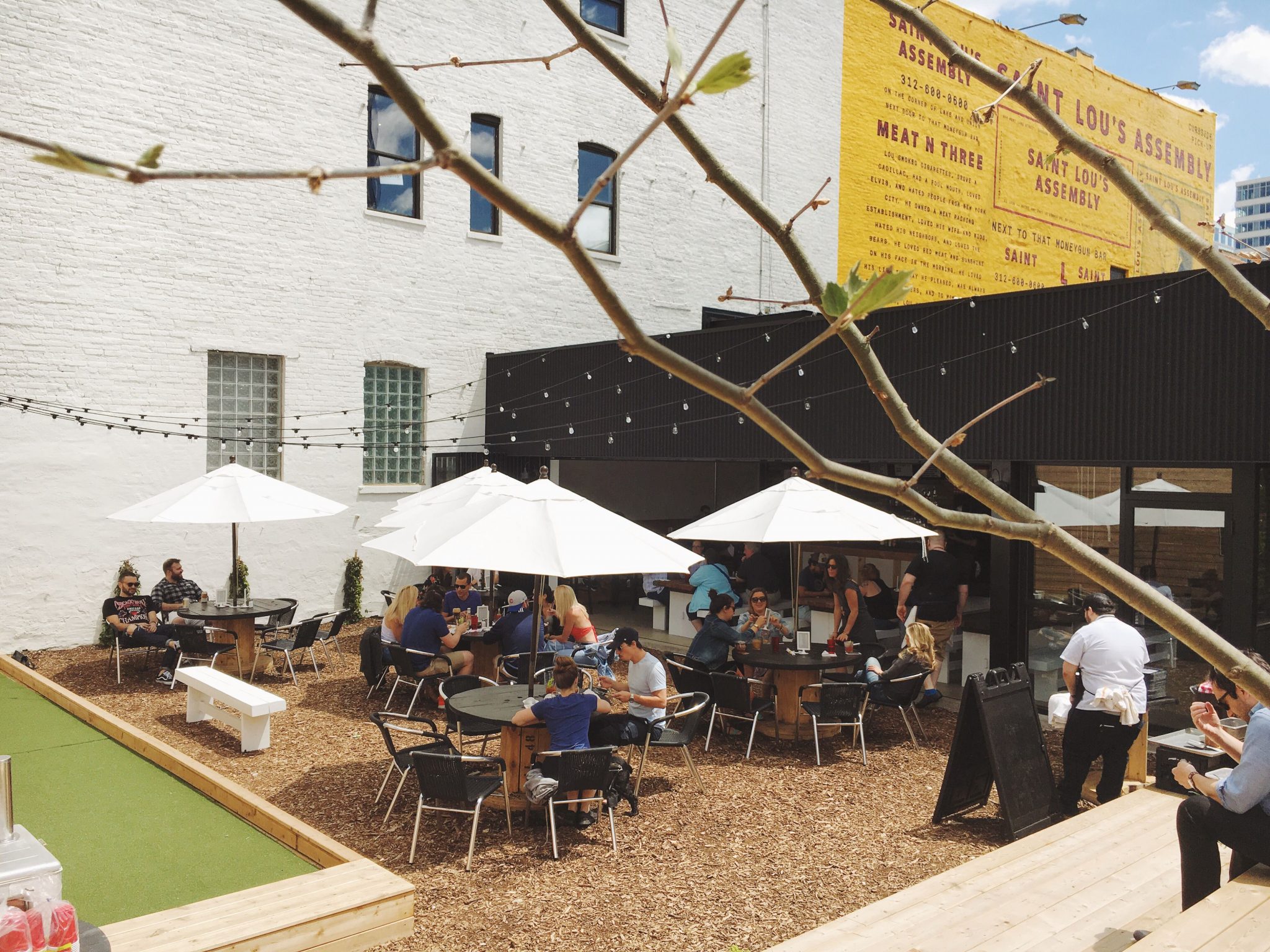 The menu will be available through September, weather permitting (Lou’s Backyard, as the name implies, is for outdoor dining). Finkelman’s idea is to rotate chefs each season, so that the space’s identity is always changing. For now, Engel is happy to be flexing his creative cooking muscles. After two years at Galit, he said customers have come to expect a certain kind of cuisine, so it’s refreshing to try something new.

“It’s just fun to play around,” he says. “It’s not high stakes. My job is just to make really good food.”