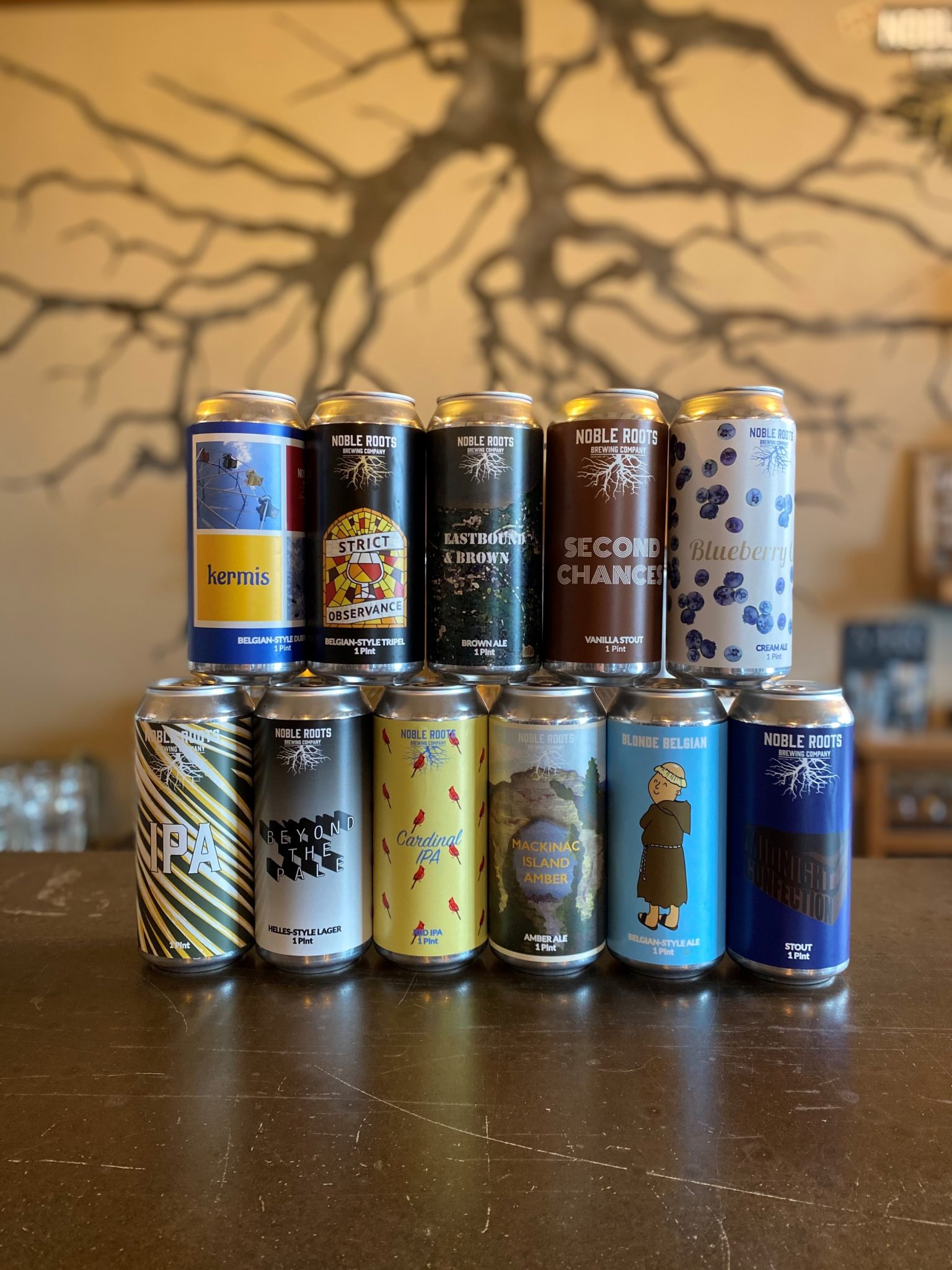 Aside from the Brandy Old-Fashioned—the well-known go-to aperitif in a Wisconsin supper club—the beverage many think to drink when in the Badger State is, of course, beer.

Wisconsin is home to some of the biggest names in the beer business, including Miller and Leinenkugel Brewing. Some breweries in Green Bay, however, never send their stuff out of Wisconsin. Much like the grower Champagne in France, Green Bay craft beer is consumed where it’s made, and it often never makes it anywhere else, not only because it’s so popular locally but because there simply is not enough to go around.

At each of the Green Bay breweries we visited, we sampled about six brews and talked to the beer makers about their favorites. Then we selected one we liked best (not an easy choice to make, but we drink the great beer so that you don’t have to).

Started by a trio of homebrewers who became more than proficient at turning out spectacular brews, Badger State Brewing now operates a taproom, beer garden and 15,000 square feet of brewing space with thirty-barrel, fifteen-barrel and seven-barrel brewing systems. We spent a hot afternoon in their cool taproom.

Much like the entertainment and hospitality options that have sprouted up around Wrigley Field, Badger State Brewing was one of the first breweries to pop up around Lambeau Field, the home of the Green Bay Packers. Now, steps from the Lambeau doors, are restaurants and hotels, as well as indoor and outdoor entertainment options, all designed to attract visitors, even in off season.

Tom Johnson, now the general manager, opened the Badger State Tap Room in 2014, and he tells us, “We were actually the first true microbrewery to open in Green Bay and the first taproom. The other two existing brewpubs had placed as much emphasis on their food as their beer and we saw an opportunity to showcase and focus on just liquid wares. The Stadium District had immense opportunity because of its proximity to Lambeau Field, downtown Green Bay, and the major Highway 41 corridor. We knew this would evolve into an area people wanted to visit and explore, and it’s been cool to see so many other businesses follow us here and create a ‘Downtown Lambeau’ feel that rocks year-round.”

As with many craft brews, Badger State Brewing uses fruit juices, coffee beans and other flavorings, which used to turn us off but, after our trip to Green Bay, we’ve come to appreciate, especially when natural flavorings are used with discretion and restraint.

“We use all real ingredients, be it fruit or coffee beans, and we don’t use fake flavorings in our beers,” says Johnson. “Our coffee beers utilize real coffee beans and scale the spectrum from dark stouts all the way to blonde ales. And our lagers are truly lagered from start to finish. We also have some special equipment that allows us to integrate some old-world techniques into making these beers. The BRW-SKI is our staple lager and best-selling beer. The branding ties back to Wisconsin and has been a hit with locals. We brew seasonal lagers as part of our “SKI” series, including an Oktoberfest and a Winter Lager. Easy drinking, low ABV and super-enjoyable.”

Our Recommendation: Whiskey Business. A powerful beer, Whiskey Business is a barrel-aged Imperial Stout with an almost chocolatey sweetness and an undeniable whiskey flavor that comes from aging in barrels that previously held Willet and Buffalo Trace bourbons. We brought some home and enjoyed it as an after-dinner drink; it is a strong beer, with a lot of whiskey flavors upfront. Sipping it on the deck on a summer afternoon might get a little intense, but the flavor is excellent (if you like whiskey); it almost treads the line between a brew and a spirit, which is perfect if you can’t decide whether to have a pre-dinner beer or a glass of the hard stuff. 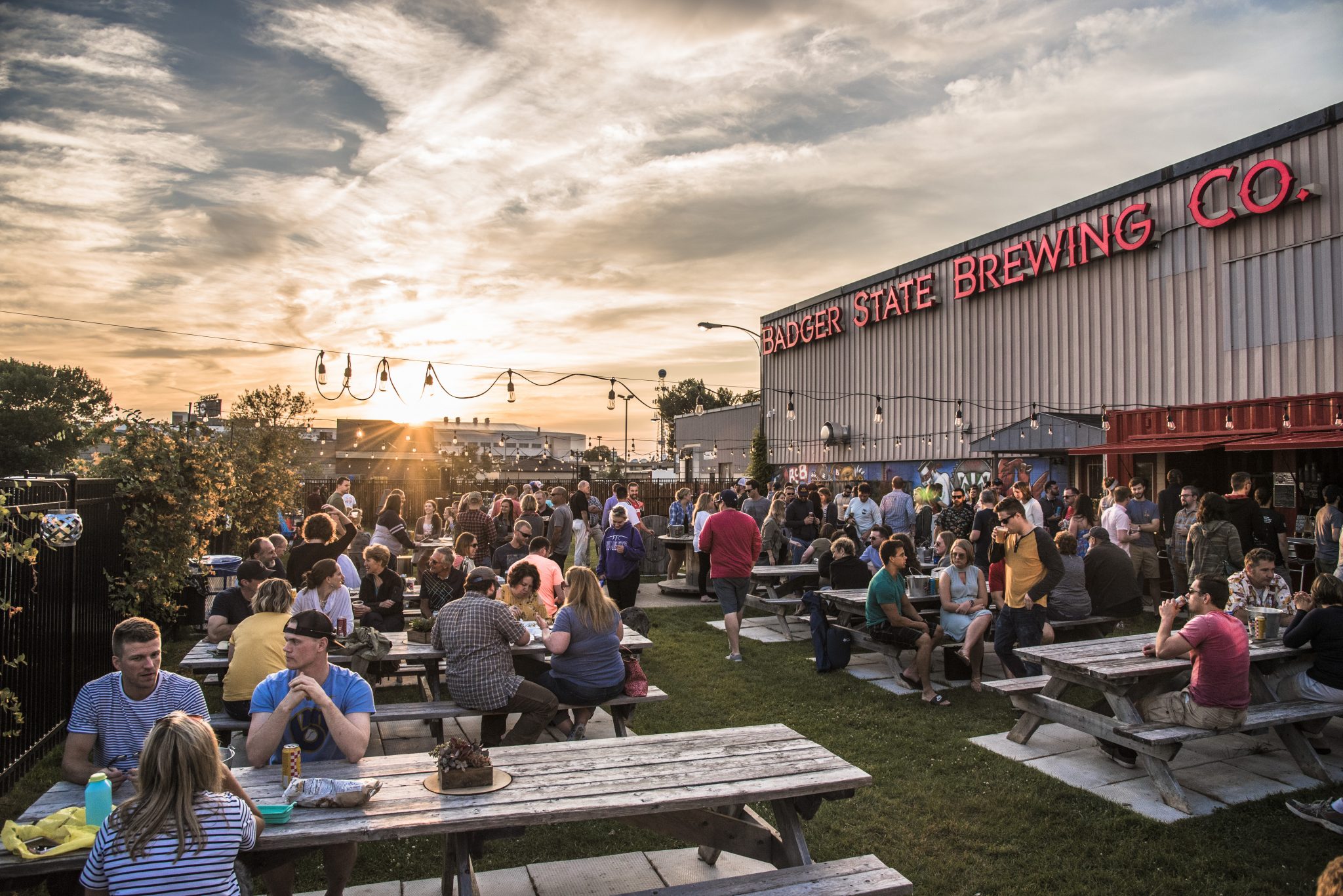 Alex Falish and Marvin, his dad, started home brewing in the family kitchen in the aughts. “Our business is one-hundred-percent family owned,” says Alex, “mostly myself and my dad, but mom and wife are also involved. We wanted to focus on a family tree, and my dad is one-hundred-percent Belgian.” That Belgian influence is obvious in some of Alex’s favorite brews.

“We make a traditional Belgian blonde ale,” Alex says, “using a Belgian Trappist yeast, which is what monks would use. The Belgian blonde ale has a lot of fruit character, with traditional Belgian esters, almost like bubblegum and fruit-heavy. This IPA is 7.1% ABV, which is in the range for this beer style. We use beet sugar to help raise the alcohol content without adding too much body, so it drinks light and spicy, with higher alcohol.”

Another of Alex’s favorites is the Hazy IPA, as he says, “In the last six years, IPAs have really grown, and now account for like twenty-five percent of all craft beer sold. Hazy IPAs have taken the market, with low bitterness and tons of hop flavor and aroma. We put hops in just as fermentation starts, so the yeast and the hop oils interact, and you get a more fruit-forward character; the fruitiness balances perceived bitterness. Our Noble Roots IPA is one of six beers we serve year-round. This beer has a lower ABV for an IPA, around 5.6%. Citra hops are really the star. Not super-malty like an East Coast IPA, not bone-dry like a West Coast IPA, it’s somewhere in the middle, an easy-drinking IPA, not overly bitter.”

Our Recommendation: Belgian Blonde. With all the craft-made IPAs on the market, a well-made ale is a welcome change of pace. The Belgian Blonde from Noble Roots is light and yet flavorful, with a slight fruity sweetness and a supple body that makes it an appropriate pairing with meat or fish or, especially and unsurprisingly, cheese. Which, of course, you’d expect from the Dairy State. 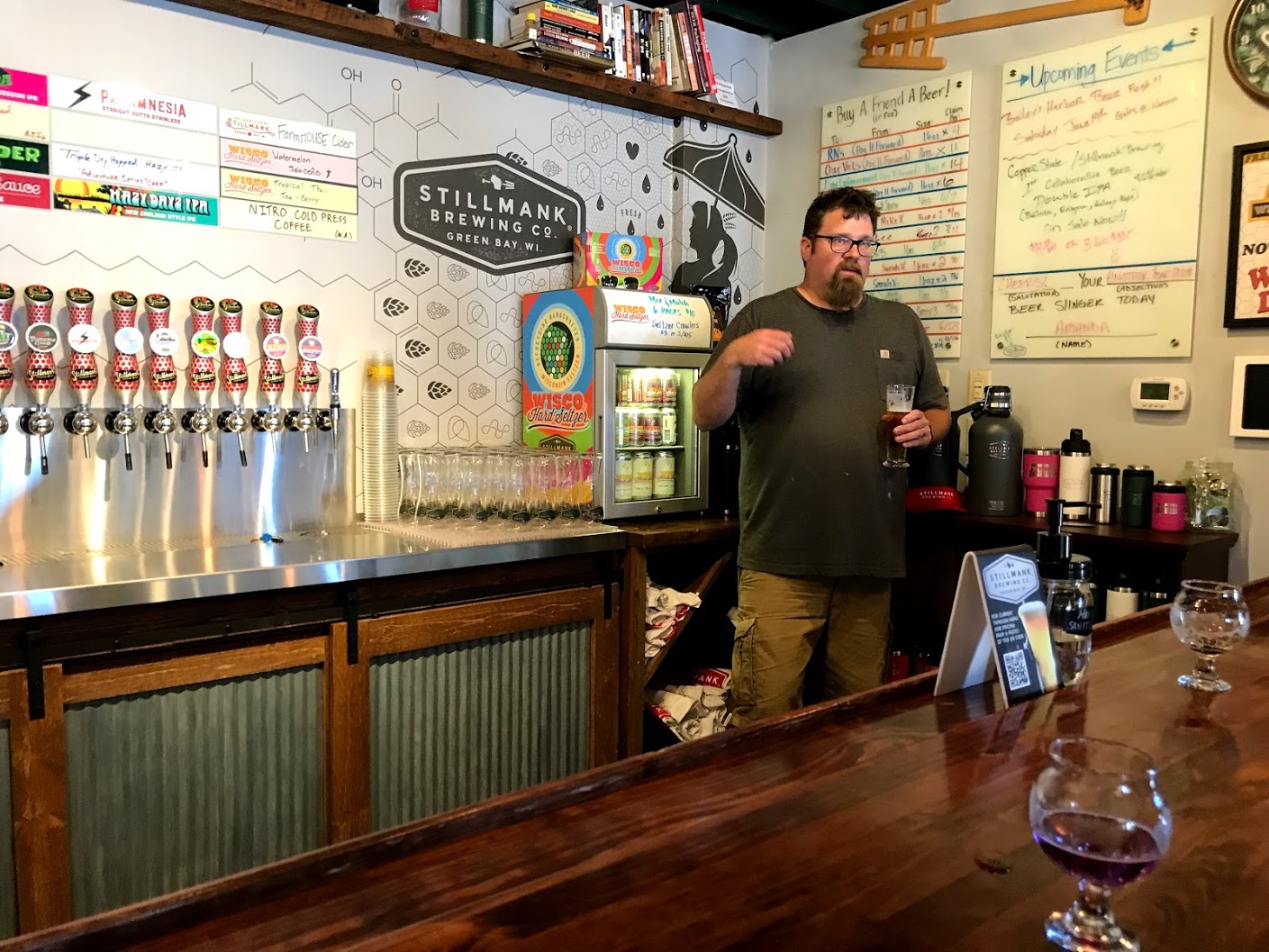 Brad Stillmank, owner and brewer at Stillmank Brewing Company started out as a home brewer, just like Johnson at Badger State and Falish at Noble Roots. In 2009, Stillmank was one of the first twenty people to become a Certified Cicerone.

We ask Stillmank which beers in his portfolio were also his personal favorites, and he says, “It changes by the day. Right now, I am really into our Guava Juiced IPA and Perky Porter. Guava Juiced is heavily hopped, but has little bitterness and the pink guava puree we use brings a great tropical sweetness. It is super-crushable all year, but when the outside temp is up, it’s very refreshing. Our Perky Porter is rich and smooth as English Porters go, so it works well for grilling out. We use local roasted coffee in this brand as well to give it its perk. If you are a coffee fan this will hit all the right spots; it’s like cold brew coffee meets rich porter, very satisfying!”

We seriously chilled in Stillmank’s taproom, a casual and comfortable place. “Our taproom,” Stillmank says, “is small by comparison to other taprooms these days. Many new entrants to this industry seem to be building taprooms (bars) with a brewing system, whereas we are a brewery with a tasting facility (or taproom).”

Our Recommendation: Guava Juiced. Although Stillmank described this brew as “heavily hopped,” the bitterness and the piney flavors of the hops are brought into balance with the guava juice, which is only a little sweet and lends a pink cast to the liquid. On the nose, it comes off sweet, but when you taste it, you won’t find a lot of sweetness. It’s unfiltered, so there’s a haziness, but without a trace of sediment. It’s an exceptionally clean sip. It does not come off as an IPA, so if you’re a hophead, an IPA maniac, you might be disappointed. Me, I think craft beermakers are out of control with the hops, so I like Guava Juiced. It is a very drinkable beer, not nearly as heavy as other IPAs you might have enjoyed.