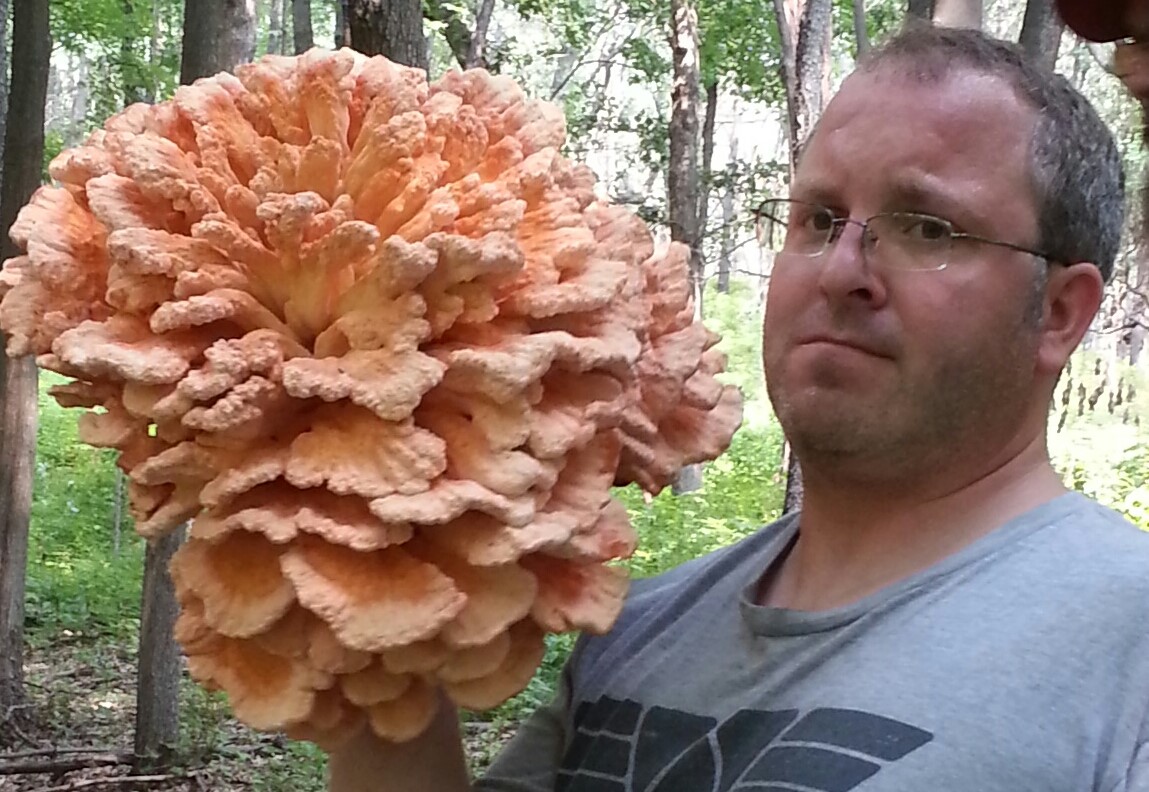 Life under COVID-era restrictions has caused millions of Americans to reassess how they live their lives, while also giving extra thought to being prepared for future calamities. One Chicago-area man who’s uniquely qualified to help survive even the strangest of circumstances through his unique set of skills is the appropriately named Dave Odd.

A former comedian who specialized in producing shows and teaching comedy for over a decade across greater Chicago and the Midwest, Odd, the proprietor of Odd Produce, has built a thriving side career foraging, growing and distributing exotic mushrooms and plants. He’s making another career pivot by taking his popular Eat the Neighborhood tours—in which he shows the curious how to find and prepare food from edible plants and weeds found everywhere—and expanding them into “Safari Wildlife Days” on his Land of Odd compound in Iroquois County.

“It’s been really easy getting people to come to tours this year because everyone wants to learn about this because of the pandemic,” says Odd. “After experiencing the extremities of lockdown so unexpectedly, many people want to be prepared to supply their own food in case of future problems.

“I’m moving to the Land of Odd full-time and I can go way beyond foraging to offer people a dive into all of the wacky stuff I’m into. There’ll not only be foraging, but we’ll also be looking at all the wildlife, snakes, reptiles and birds out there, and collecting stuff throughout the day to come back to my cabin and cook,” Odd says. “I have two acres of my own land, with fifty available acres of wilderness surrounding it with campsites in the back with a separate restroom for campers to use. It’s going to be a getaway place where people can come down from the city for a couple of days to just decompress, chill out and be immersed in nature.”

Those who choose to stay overnight will also have the bonus option of Odd leading them on supernatural tours of what he deems a nearby haunted cemetery. His passion for paranormal research inspired the pseudonym—the Wizard of Odd—that the forty-four-year-old adopted as a comic and continues to use twenty years later.

Odd started his hobby while growing up in Skokie, where he first started foraging on instinct. (“I didn’t die or wind up in the hospital, so I guess I knew what I was doing,” he recalls.) His mother taught him how to cook and he put his finds to good use at home before developing the twin hobbies into the moneymaking enterprise Odd Produce in 2009, which he incorporated in 2012.

“I’d been doing comedy since the late nineties and producing shows all over the suburbs and surrounding states since 2001, but I was getting burned out on endless phone calls leading to shows that paid $500 for a weekend in the middle of nowhere,” he explains. “I was studying constantly about foraging and how to find wild things and cook them safely for years. I started to realize I could make a hell of a lot more money selling mushrooms I found than I ever could at comedy.”

Indeed, Odd estimates that in his best year in the last decade, he grossed $450,000 supplying area top chefs with exotic goodies. He not only knew how to forage productively, but he built a greenhouse in which he grew his own neverending supplies and even imported mushrooms and other edible plants from the West Coast, repackaging and marking them up at a healthy profit.

“Mushrooms were the flagship products, the foot in the door with restaurants to get them interested in my other goods. The mushrooms were the movie ticket and everything else was the concession stand,” he says. “I would specialize in what I called functional garnish, things that look pretty on a plate but actually taste like something— basically micro greens and edible flowers.”

Beyond that, Odd claims credit for inspiring at least one national culinary phenomenon when he discovered that shamrocks were not only safe to eat but have a deliciously sour taste. He began to explore what other wild, yet attractive plants were edible, with the goal of finding ever more ornamental plants that could be used to decorate meals. He expanded his range to about thirty ornamentals to share with chefs across Chicago.

“Sure enough, they came in all these crazy colors like purple, yellow, red and gold and they became some of my biggest sellers, eventually occupying half of my greenhouse to grow,” he says. “That became a nationwide trend.”

Yet just as he had burned out on comedy in 2013, Odd realized he needed another change once the pandemic ravaged much of his business as many restaurants closed during lockdowns. He’s delighted to see the response already from people requesting his tours both inside the city and at the Land of Odd.

“I always tell people when they do these tours that today is a life-changing experience because you’re going to change your mind about the things that you have around you and make you look at the world differently from this point on,” says Odd. “It’s like when you get a new car and then you see that car everywhere. It’s not like these cars just showed up, they’ve always been there. It’s just now that you’re looking for them, you see them everywhere. Doing these walking tours is much the same: once you’ve got it in your head to keep an eye out for these things, you start seeing them everywhere.”