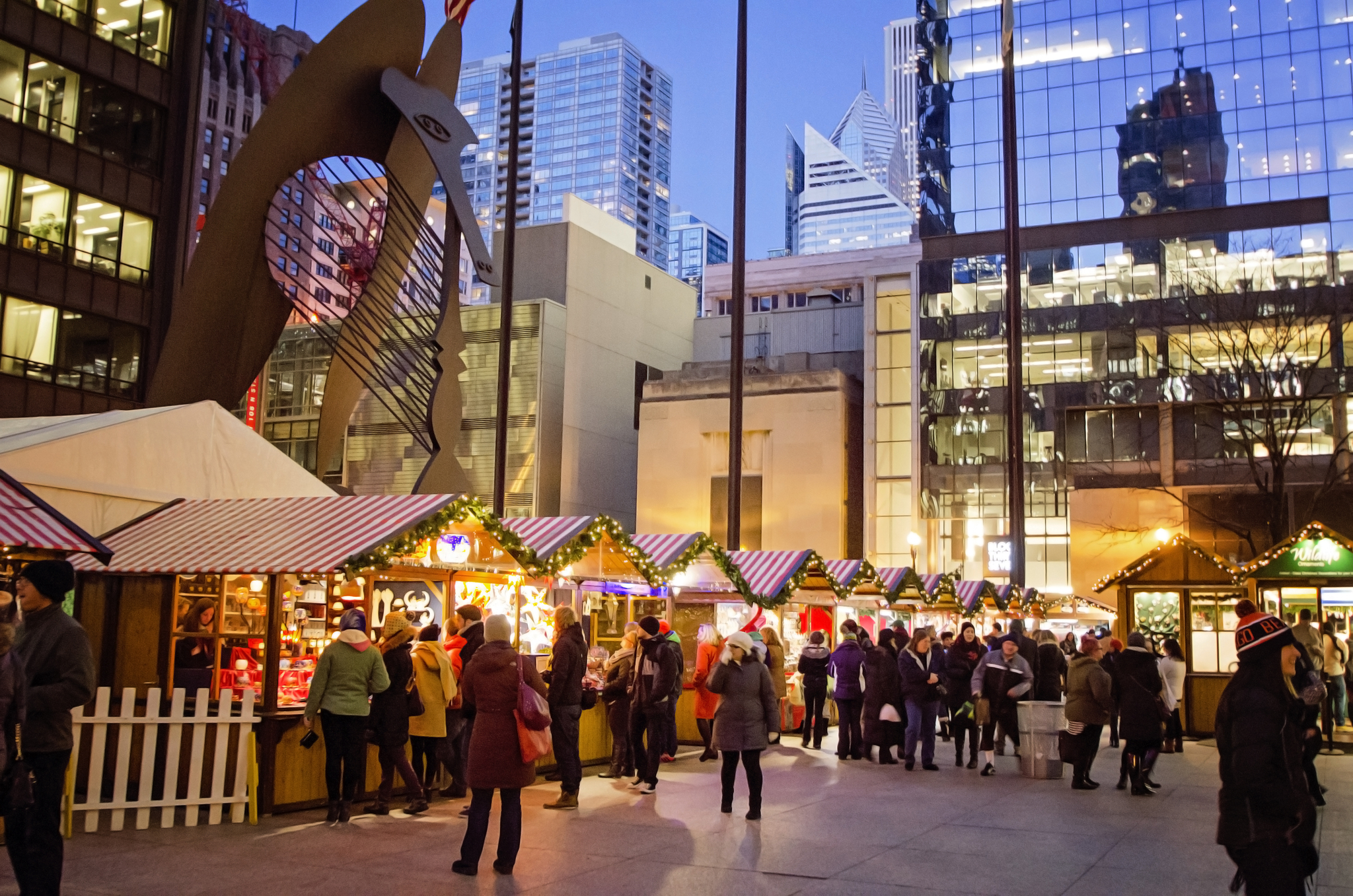 1
Whisky Fest Chicago
(Hyatt Regency)
If you’re into fruits and grains, you will want to attend Whisky Fest Chicago, an opportunity to check out as many of the 350 whiskies—including some rare pours—as you responsibly can.
(November 5)

4
Christkindlmarket
(Daley Plaza)
There are a lot of unusual gifts of German origin at this annual event, but we go for the festive Glühwein, sausages and specialties from many regions of Germany.
(November 19-December 24)