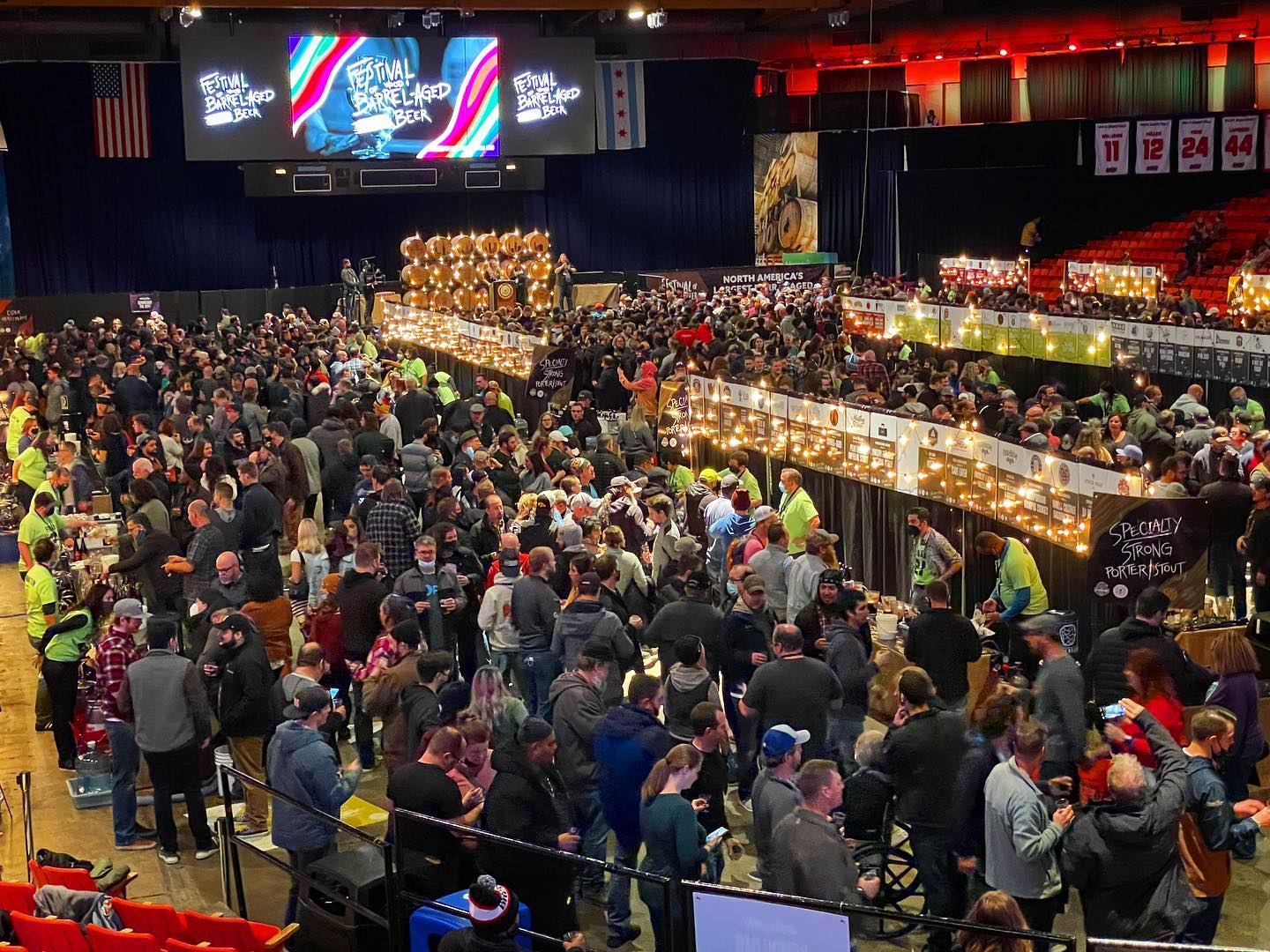 The Festival of Wood and Barrel-Aged Beer (FOBAB) recently celebrated its nineteenth year of introducing people to the cool things that happen when beer sits in a barrel for a little while. Makers of Scotch and other spirits have long recognized that barrel aging is a good way to add flavor to a relatively neutral spirit; but with barrel-aging beer, you’re adding flavor to an already flavorful liquid. In a barrel-aged beer, there’s a whole lot of flavor.

This is a competitive event, and prior to the public tasting, a panel of certified judges and industry experts evaluate all the beverages, awarding gold, silver and bronze medals in multiple categories.

Before the event, I chatted with Katie Carrier, assistant director of the Illinois Craft Brewers Guild, an organization behind FOBAB. I was curious to know about the advantages of barrel-aging beer.

“The most exciting aspect of barrel-aging beer is the creativity that it allows,” says Carrier. “You can make so many different styles of beer, but then you can incorporate different flavors into the beer with the barrel, and what was previously aged in the barrel; for instance, you might use a wine barrel to add more of a sour note to the brew. Thing is, you never really know what you’re going to get. And, given the variables involved, you may never be able to replicate it again.”

That element of unpredictability is one of the reasons why tapping a keg of barrel-aged beer can be an adventure. There are always new flavors. 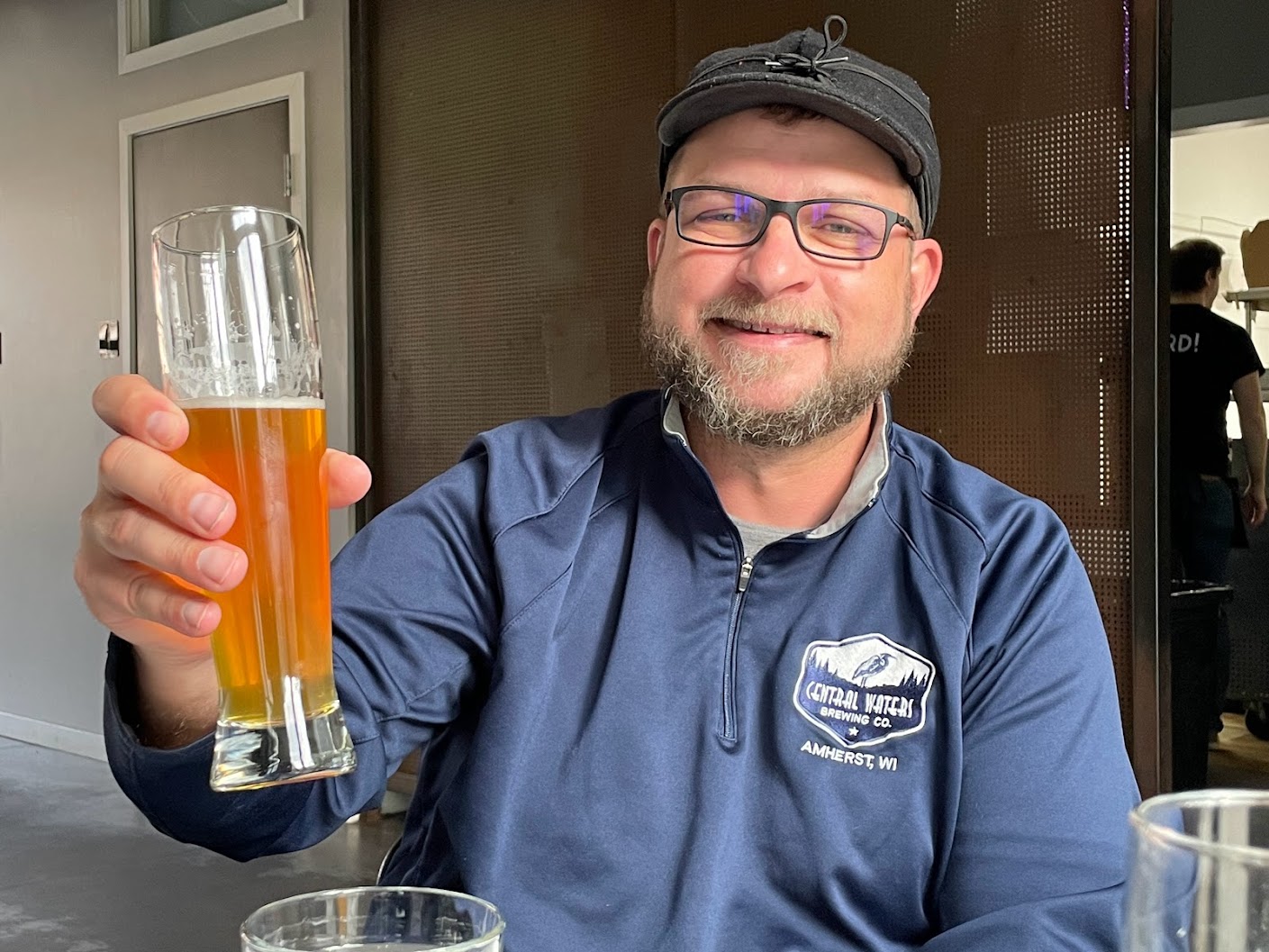 Adjuncts—juices, syrups, herbs, coffees, chocolates and other additives—are becoming a common feature of barrel-aged beer. Last week I enjoyed a beer with Anello Mollica, one of the owners of Central Waters Brewing, which is known for its barrel-aged brews. I ask Mollica what he sees as the major trend among barrel-aged beer, and he doesn’t hesitate with his answer: adjuncts.

“We’ve been in the business twenty-four years,” says Mollica, “and we’re kind of the granddads of the industry. And when you’re an independent craft brewer, you know everyone wants the new stuff, the new thing, so as an older brewer, you have to constantly keep that in mind, figure out ways to be fresh and engaging and interesting to a younger craft beer audience. How do you keep those kids engaged? So, we’re always coming up with new stuff, and adjuncts are part of that.”

Marc Buttera and his wife Katina started O’So Brewing Company in 2007, and earlier this month, Buttera showed us around his large barrel-aging room. Most of the barrels in his aging room previously held not bourbon but wine, which Buttera feels works better with the Belgian-style sour beers for which his brewery is well-known. If he gets some bourbon barrels, he does a hot rinse to remove the residual flavors of the spirit and anything that might give his brew an off flavor.

“The wood,” Buttera says, “is home for the bugs, it’s home for the bacteria. And the ones that sit on the surface, they’re a little grungier, you know, more hardcore, and we want the stuff that resides deep in the wood. So if you have a neutral red wine barrel, we really like those. And then most of the time they’re made of French oak, which is a softer wood, and with it we get a consistently good sour beer.” 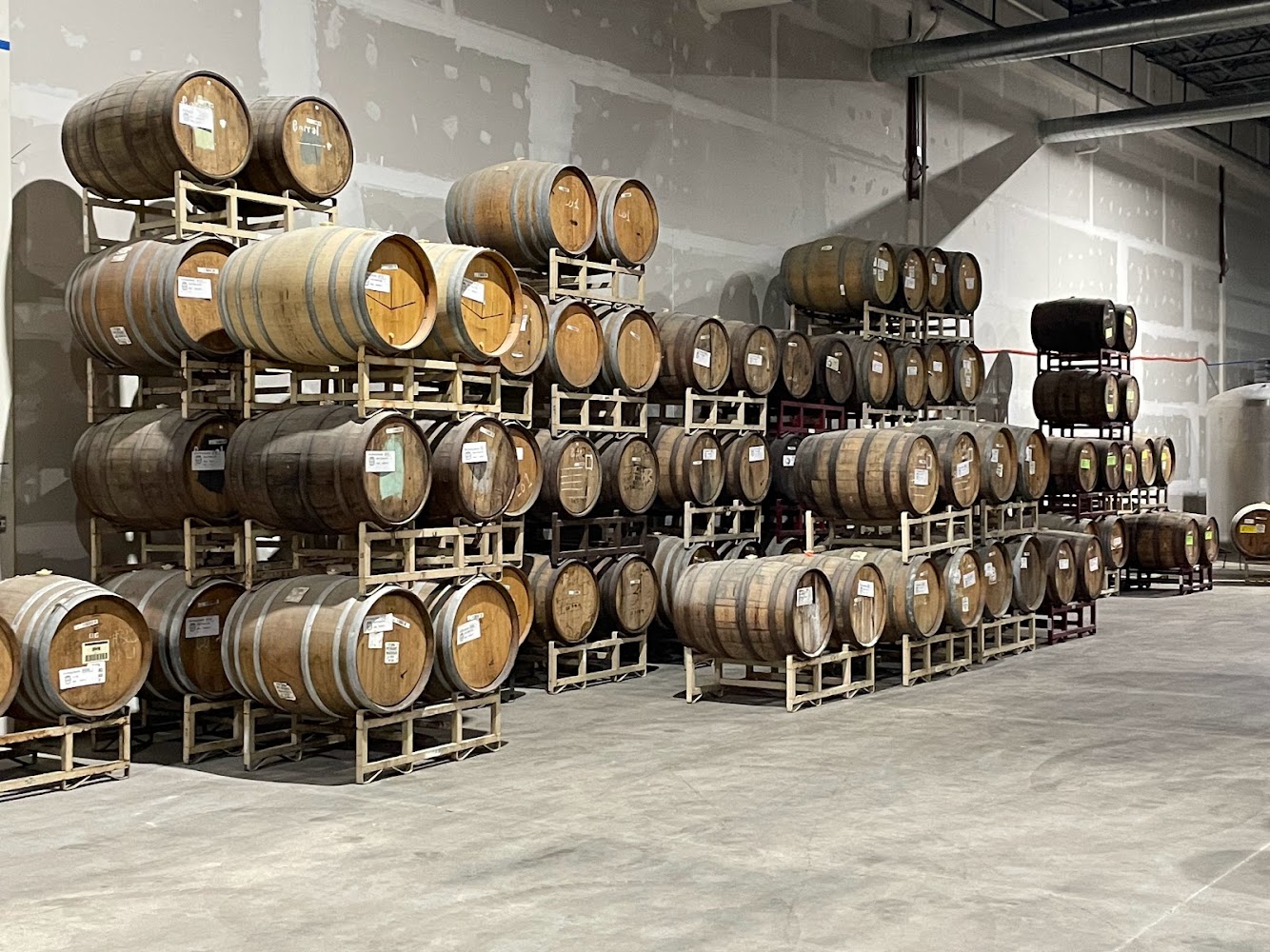 Barrel-aging brings with it some unpredictability. However, as Jacob Sembrano, head brewer at Cruz Blanca Brewery, points out, “when you’ve been doing this for a while, you have a sense of how the final product will turn out.” But, alas, the customer may not have such a clear sense of what’s going to be coming out of the barrel, so according to Sembrano, they may “prefer a lager or an I.P.A., or something they know. Barrel-aged beers represent less than five percent of the beers we serve because barrel-aged beers are not so well known. They are for the more adventurous beer drinkers.”

Arriving at Credit Union 1 Arena where this year’s FOBAB was held, the first brew we want to try is whatever Sembrano brought. Our first sip is of the Cruz Blanca Barbarose, a red and black raspberry ale, and I like it, probably because red and black raspberries are a fave, and though the ale is fruit-forward, the flavors are laid-back and not overwhelmingly sweet. Aged in Heaven Hill bourbon and Cabernet wine barrels, it has a slightly vinous edge, and seems like it would be a good pairing with a lot of food.

After sampling Sembrano’s offering, we try small sips at two or three dozen other taps, tasting many sour and brett beers, wild fermentations, pales, as well as wheat, barley and rye wines and many, many stouts and porters. These darker beers, with added heft from their time in the barrel, are big mouthfuls of flavor, sometimes complex but undeniably huge. Nothing wrong with big flavors, and many of the barrel-aged beverages we sampled would be fun to sip on an autumn afternoon, but jeez, for most casual beer drinkers, one would be enough. That one beer, though, would likely be thought-provoking and challenging in the best way.

At the festival, there is a concession set up for industry and media. Food is served, and the serving tables are lined with metal troughs filled to overflowing with canned and bottled beer, mostly small craft brews on ice… and three troughs of Miller High Life that are nearly empty, a few lonely bottles floating in the icy water. Though lacking the big personalities of their barrel-aged brethren, and the undeniable crafty cachet, the Millers are clearly a favorite even among this crowd, because sometimes you just want a refreshing beer to wash down your fried chicken.

About an hour into the final day of the festival, the winners are announced. In the fruit beer category, Sembrano takes home the gold with his Barbarose, which is a barrel-aged beauty I would definitely seek out. It’s been on the Cruz Blanca menu, although it’s currently marked “No Mas!”

With barrel-aged beers, you must embrace the unknown and accept that what’s going to be in your glass will probably be full of new flavors, some of which you may have never tasted in a beer before. Think of it as an adventure.