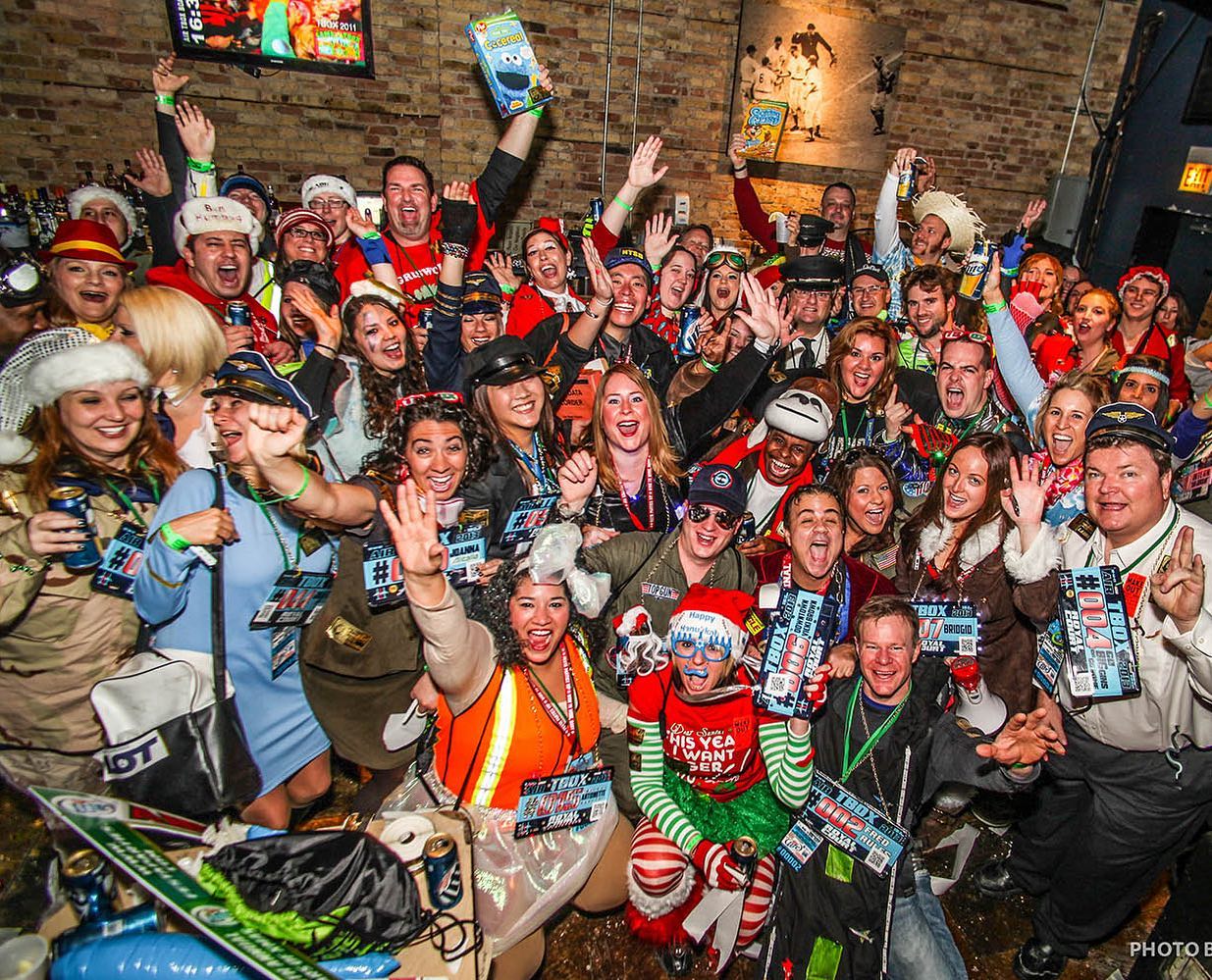 Spirits of TBOX past

1
The Walnut Room
(Macy’s)
It is the archetypal Christmas restaurant, with a giant tree, room-roaming fairies and classics like Mrs. Hering’s 1890 Original Chicken Pot Pie and Frango Mint Cheesecake.
Throughout December

2
Desserts in December
(Loyola University)
Brought to us by Student Diversity and Multicultural Affairs, this event brings a little sweetness into the lives of industrious students (and even slackers).
December 3, 5-7pm

3
Run for Beer
(Spiteful Brewing)
It’s kind of a run, .5 K, and that minimal exercise part is a ready excuse for the beer-drinking part, as if any excuse were needed.
December 5, 11am-2pm

4
TBOX: Back to the Nineties, Sorry About 2020
(Cubby Bear and eleven other bars)
The Twelve Bars of Xmas celebrates its twenty-fifth anniversary, and if you plan to go, you might want to set up your designated driver now.
December 11