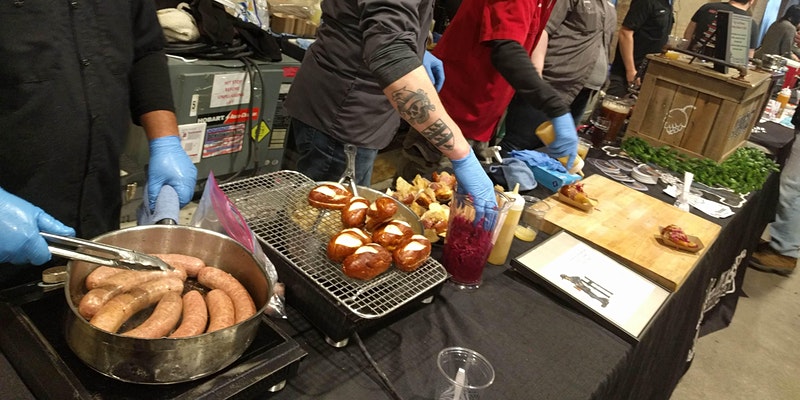 2
2022 Chicagoland Brewpub & Microbrewery Shootout
(Metropolitan Brewing)
The twenty-third year of an event which kicked off last century. What sets this “shootout” apart from others is that brewpubs will serve food-and-drink pairings, so that you can get some ballast in the belly as you sail through all those suds.
April 23

3
Mexico in a Bottle
(Logan Square Auditorium)
If you’re still wondering why everyone is talking about Mezcal, try this two-step approach: 1) walk out of your cave; and 2) go to this event, which will introduce you to several dozen mezcals and, this year, other Mexican spirits including rums and whiskies.
April 24

4
Run for Rosé
(Bottles Up)
It’s a 5K run, or walk, or skip. You pick your starting time, end up at a bar, and then drink rosé wine for the rest of the day. It’s called exercise; you should try it.
April 24

5
Chicago Rum Festival
(Logan Square Auditorium)
For a mere $70, you can grab a ticket that will give you five-and-a-half hours of rum tasting, seminars and a signature cup. Yo-ho-ho and a bottle, er, signature cup of the good stuff.
April 30