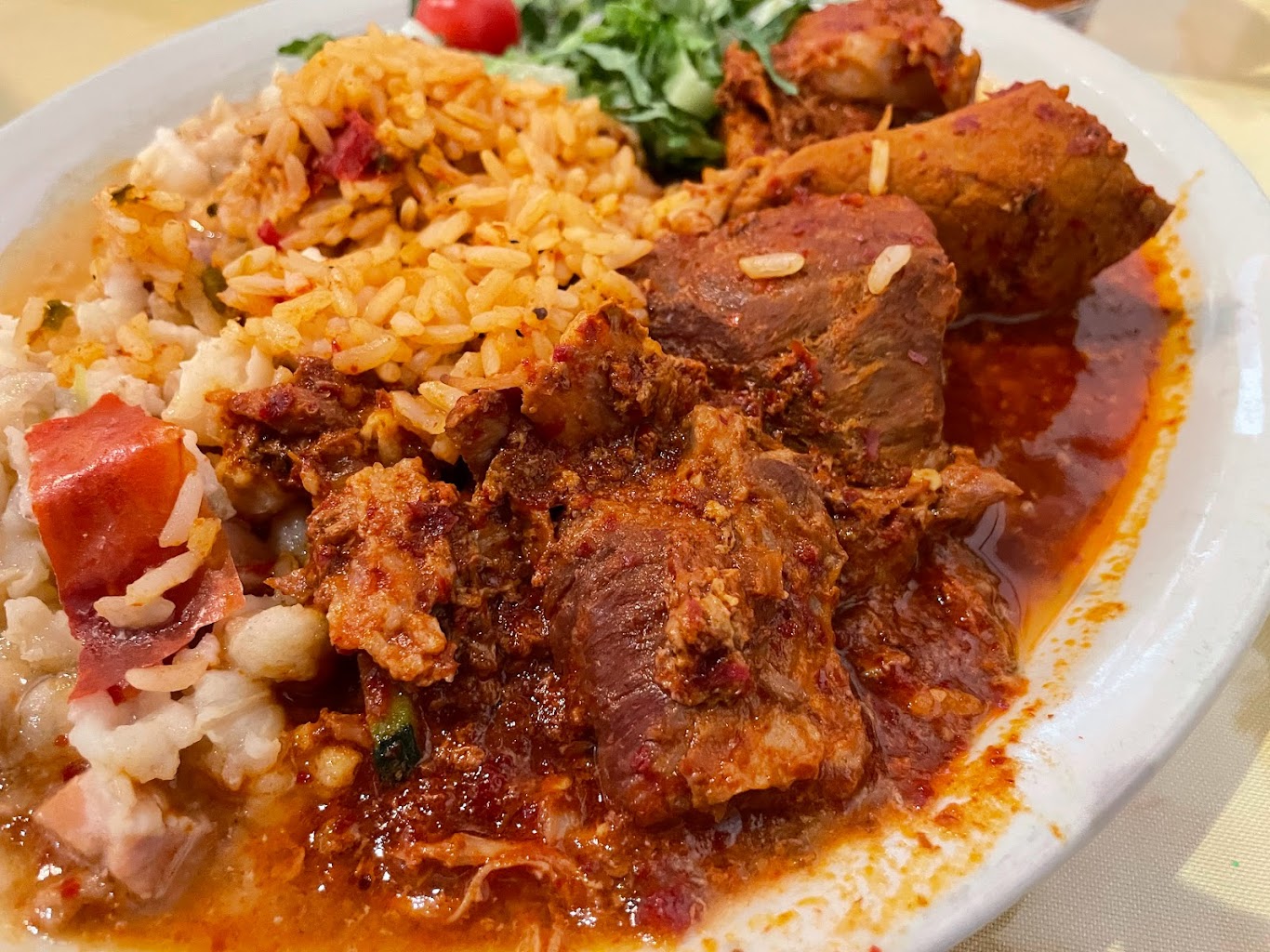 Here are nine foods that you’ll find everywhere in New Mexico, some of which can be found throughout the Four Corners region… And now and again, even in Chicago.

Carne Adovada is a New Mexican red chili pork stew. The meat is marinated in a kind of adobo (adovado or adobada is Spanish for marinated), and like the adobo of the Philippines, New Mexico’s carne adovada sits for a while in a marinade of spices and vinegar. The sauce on carne adovado frequently uses red Hatch chili peppers (green ones are young; red ones are more mature). 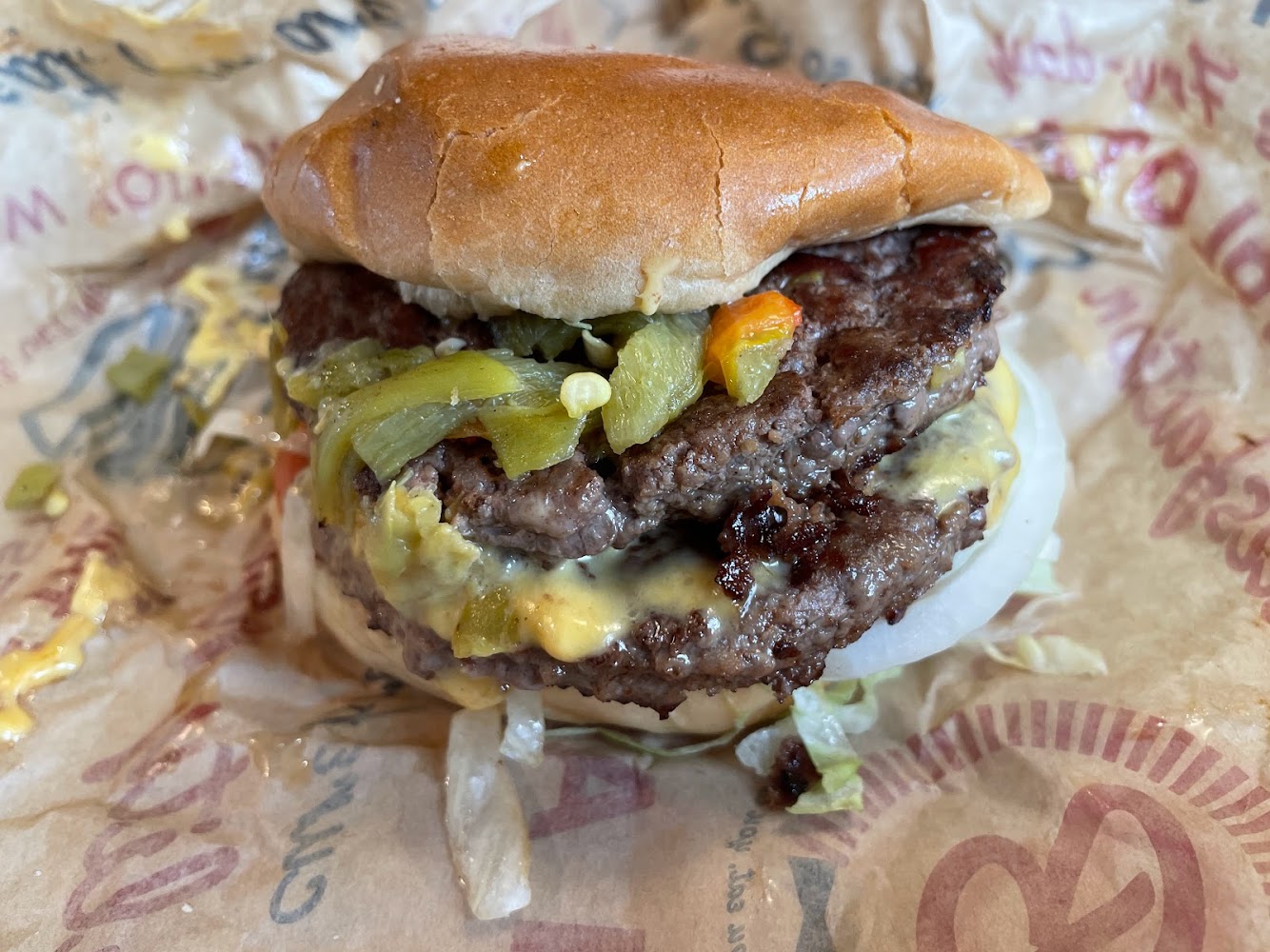 Green Chili Cheeseburger is a beef or bison patty, topped with melted cheese, and it’s a huge fistful of juiciness. In New Mexico, that rich juice is allayed by the capsaicin heat provided by chilies. One readily accessible source for the GCCB (as it’s locally known) is Blake’s Lotaburger, found throughout New Mexico and Arizona. Lotaburger loads their cheesy beef with one-hundred-percent Hatch chilies, the signature pepper of the state. 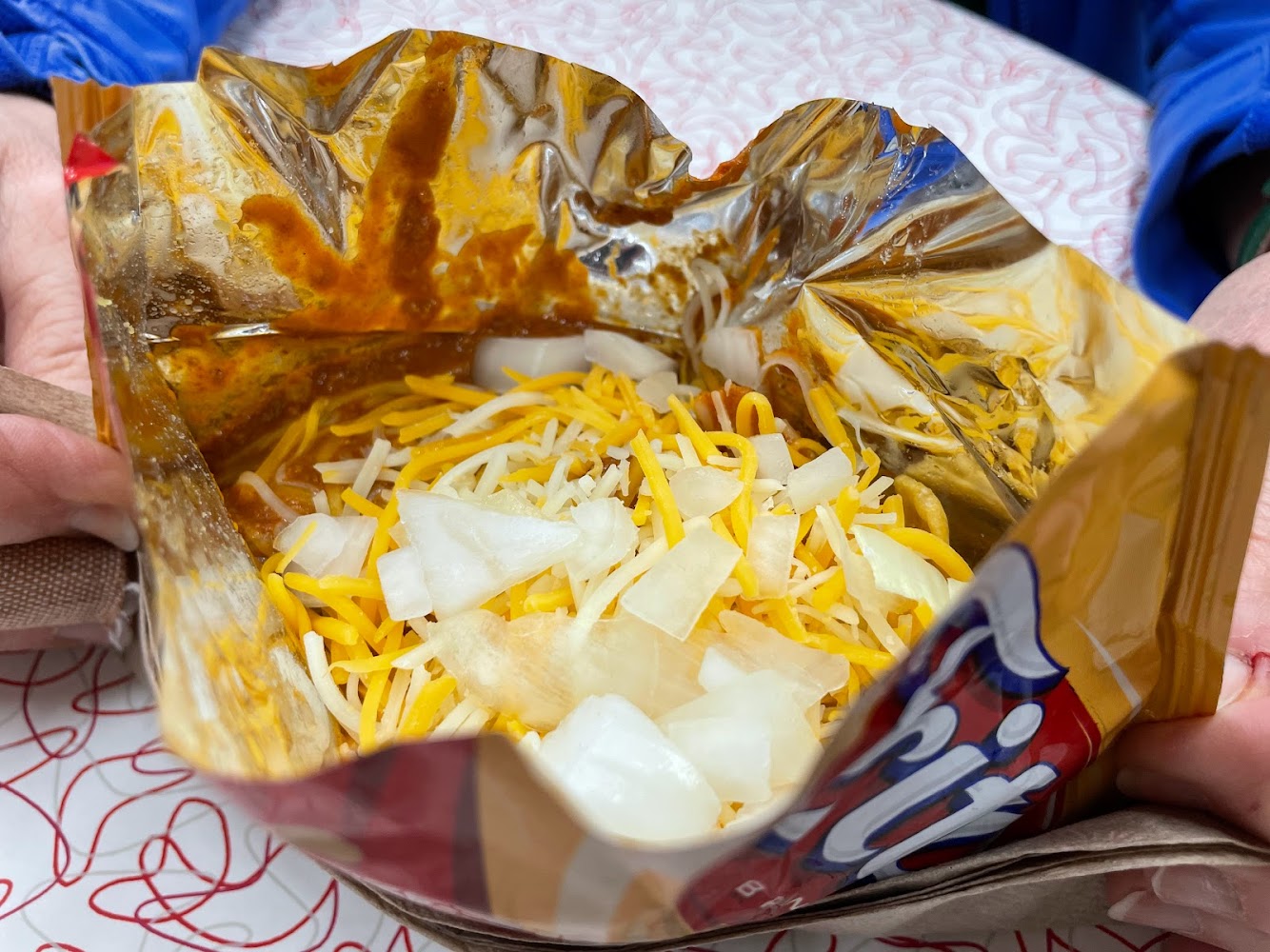 Frito Pie is basic: corn chips in a bowl of chili or a bag of Fritos, a delightfully delicious, messy snack. In Chicago, it’s usually served in the bag and called a Walkin’ Taco. It’s kind of down-market, and by no means a sophisticated snack, but it’s pretty darn tasty, the crunch of the chips playing against the creaminess of the beans.

Anthony Bourdain said of this admittedly wacky concoction that it’s like “canned Hormel chili and [a] day-glow orange cheese-like substance dropped right into a bag of Fritos. In just six minutes, I’ve achieved a depth of self-loathing that it usually takes a night of drinking to achieve.” (Bourdain later apologized for the reference to canned chili.) One can’t help but feel, however, that Bourdain is describing a particularly bad version of this popular New Mexican culinary creation. With good chili, chopped onion and cheese, and, yes, a fresh bag of Fritos, this “dish” sings. I may never again eat chili without Fritos. 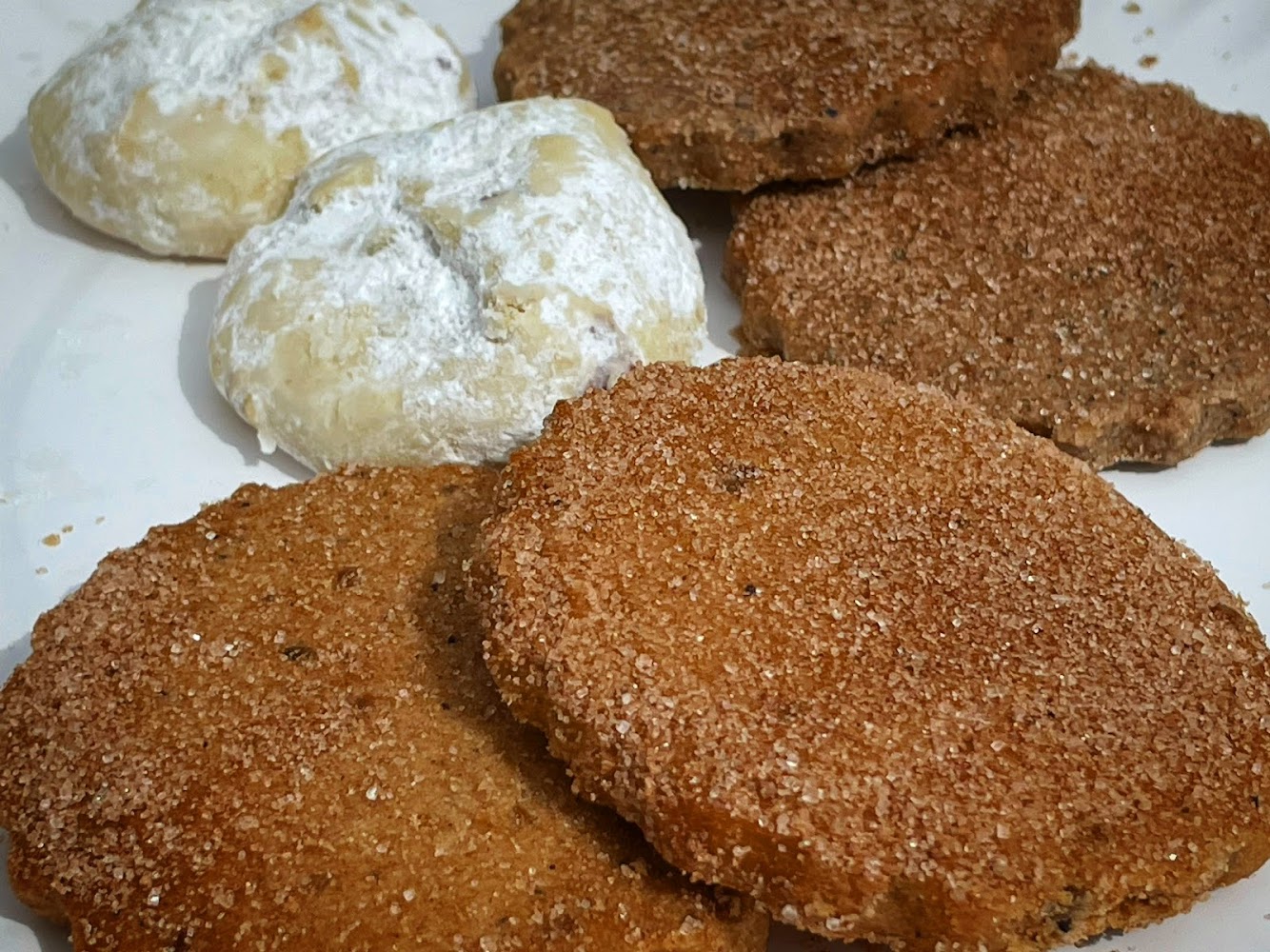 Biscochito is the New Mexico state cookie (and New Mexico was the first state to have an official state cookie). These flaky little baked bites, frequently lard-based, are flavored with cinnamon or crushed anise seed, and they’re popular around the Christmas holidays, baptisms and weddings. The Spanish introduced this cookie sometime in the sixteenth or seventeenth centuries, and in Spain they’re called bizcochitos or mantecosos. As an after-dinner sweet, the biscochito is a relatively lightweight bite —kind of like snickerdoodles, welcome after a long meal. 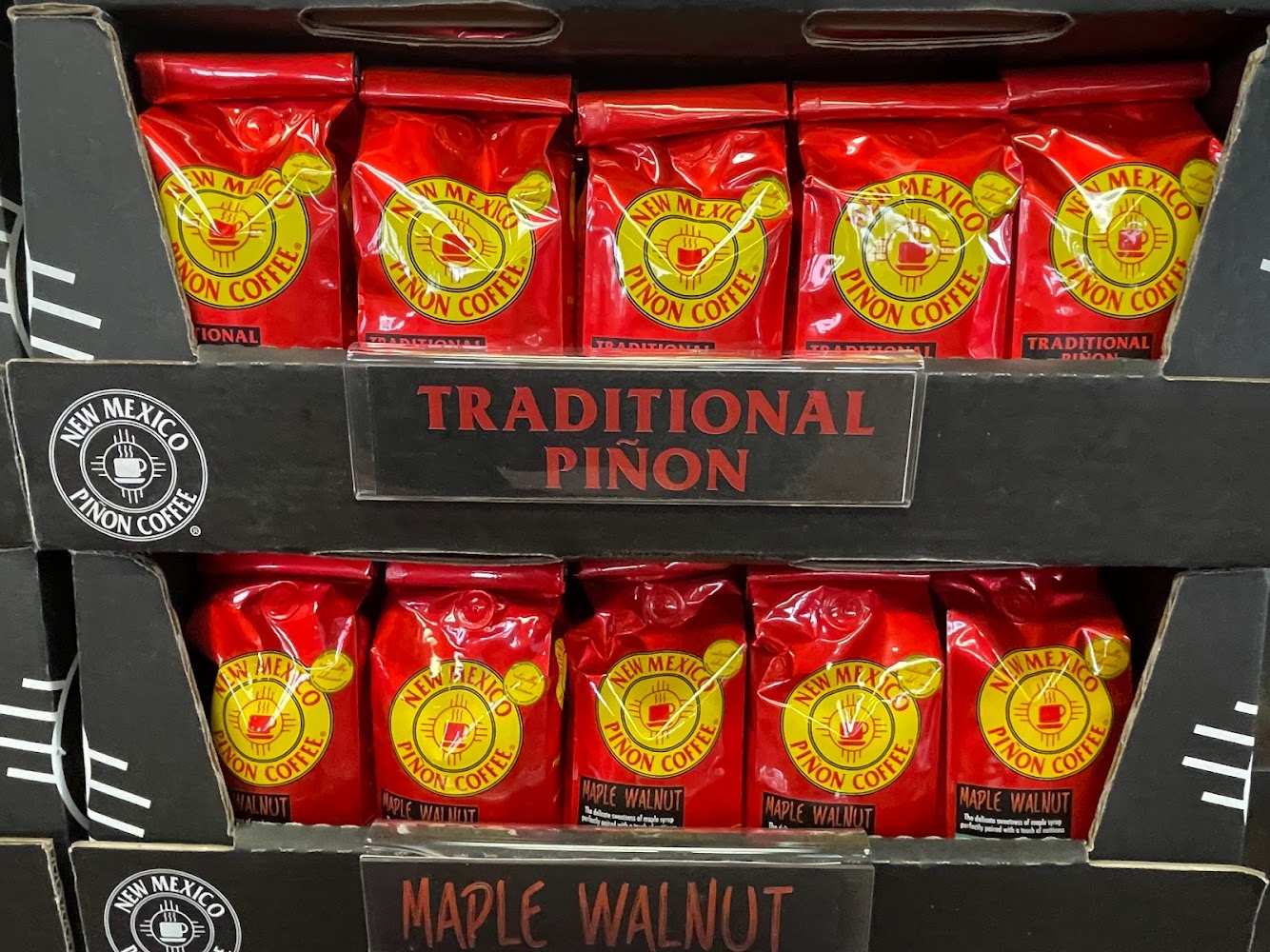 Pinon Coffee is flavored with pinon nuts from the pinon pine, Pinus edulis, the New Mexico state tree, and they’re different than the Italian pignolia nut. Added to coffee, the rich, buttery pinon nut takes some of the edge off a regular brew, smoothing out the sharpness and adding a touch of lushness. The flavor of the pinon in coffee is, however, slight, and I couldn’t detect it until my third cup or so.

The New Mexico Pinon Coffee Company started business out of an old pickup truck in the late 1990s; now, the company is the biggest coffee roaster in New Mexico, and their brand of pinon coffee is found in many grocery stores across the country, including Costco. 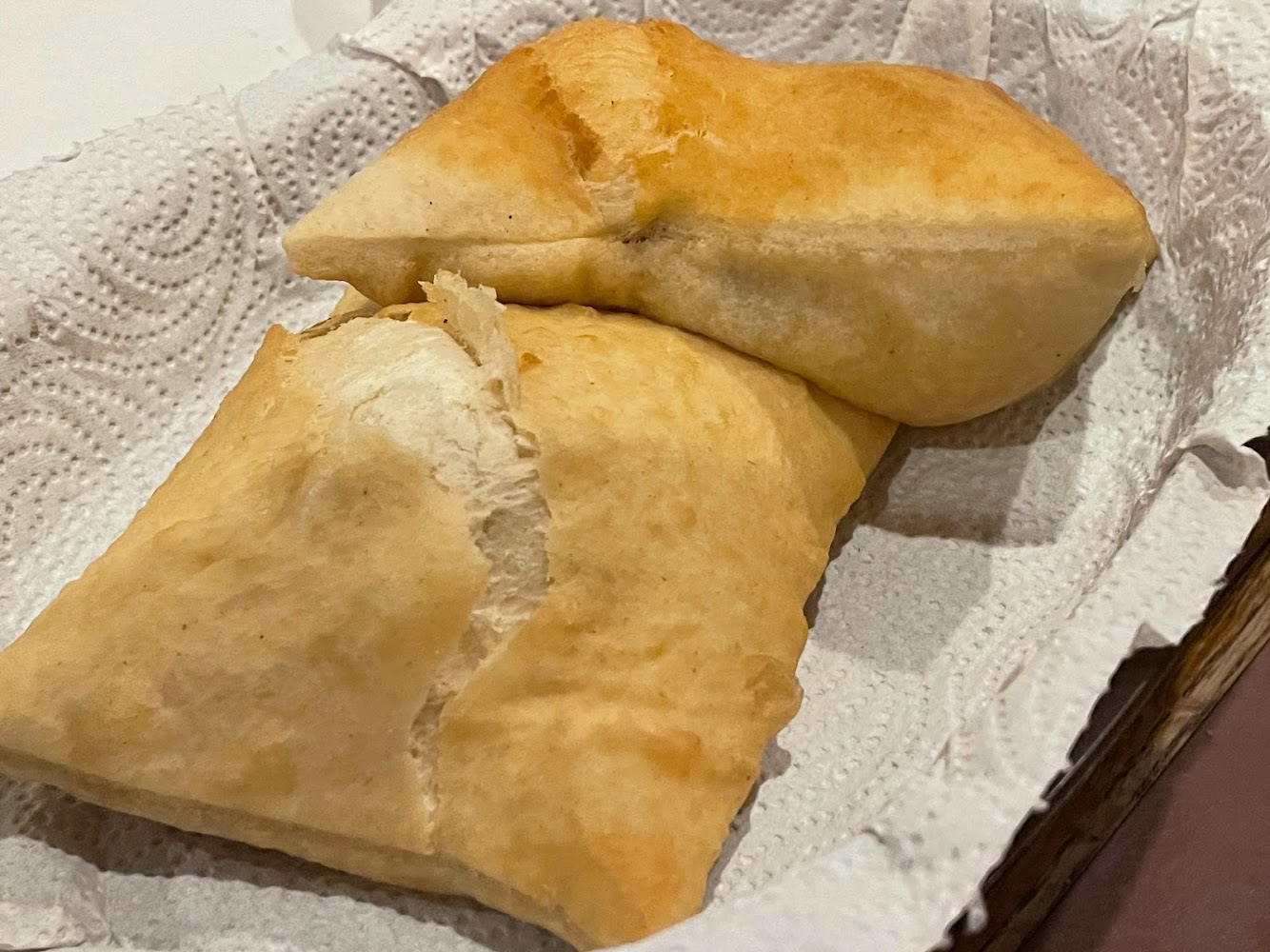 Sopaipillas (also spelled sopapillas) are well-known in the cuisine of Mexico: in New Mexico, they’re baked or fried pastry pillows, much like fry bread, frequently unsweetened and many times served before dinner and set on the table in lieu of a breadbasket. In New Mexico, the sopaipillas can be filled with savory ingredients like seasoned ground beef, chicken or pork. 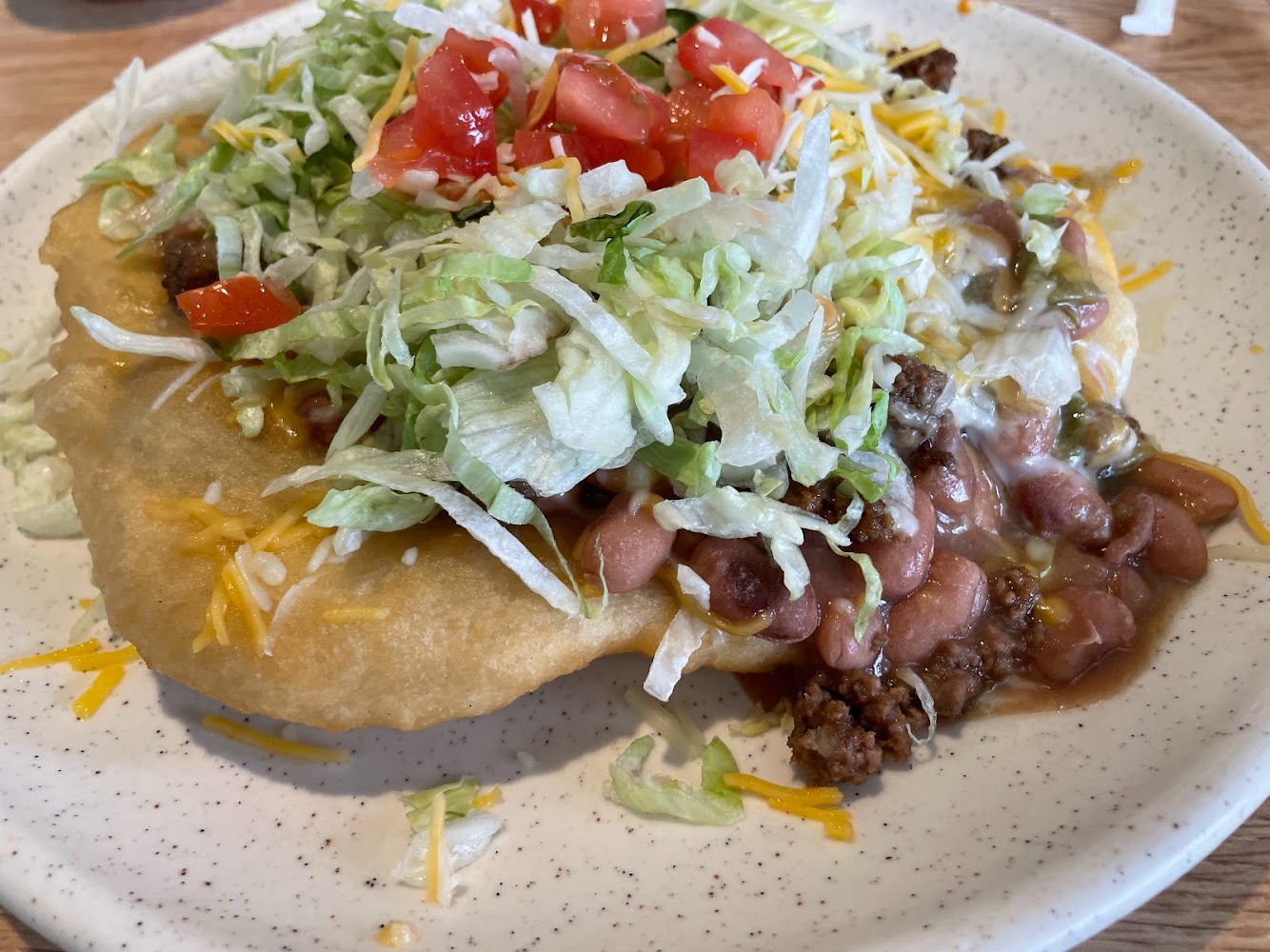 Navajo Tacos have turned up at every pow-wow we’ve attended in the Chicago area. The carb platform for these tacos is fry bread, which was created when Native Americans—like the Navajo, who still live in the Four Corners area—were supplied with two items they did not traditionally eat: oil and flour. Fry bread can be topped with anything. For Navajo tacos, what’s usually added is meat (sometimes seasoned with taco spices), tomatoes, lettuce, shredded cheese, salsa, maybe jalapeños, and anything else you might add to your usual taco. It’s delicious: the moist fried bread absorbs spices, plus you can fold the bread so it’s even easier to eat than a traditional Mexican taco. To double down on the whole New Mexican experience, have your Indian taco topped with a green chili cheeseburger. Oh, yeah, it’s been done. 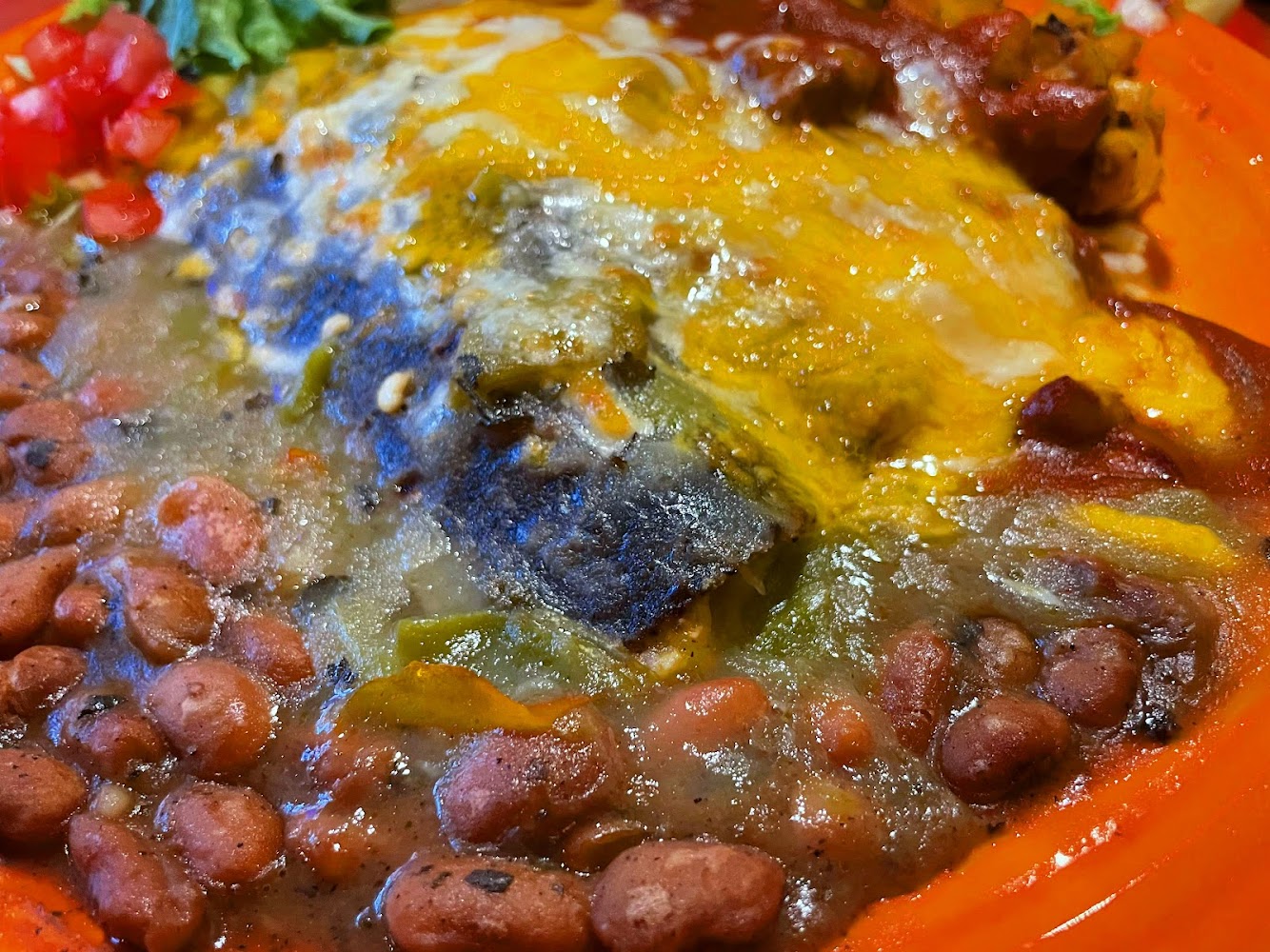 Blue Corn is a regional variety of what may be the most popular vegetable in America. Not to go all Bubba Gump here, but you can have blue corn in tortillas, chips, tacos, enchiladas, tlacoyos, mush and pancakes. 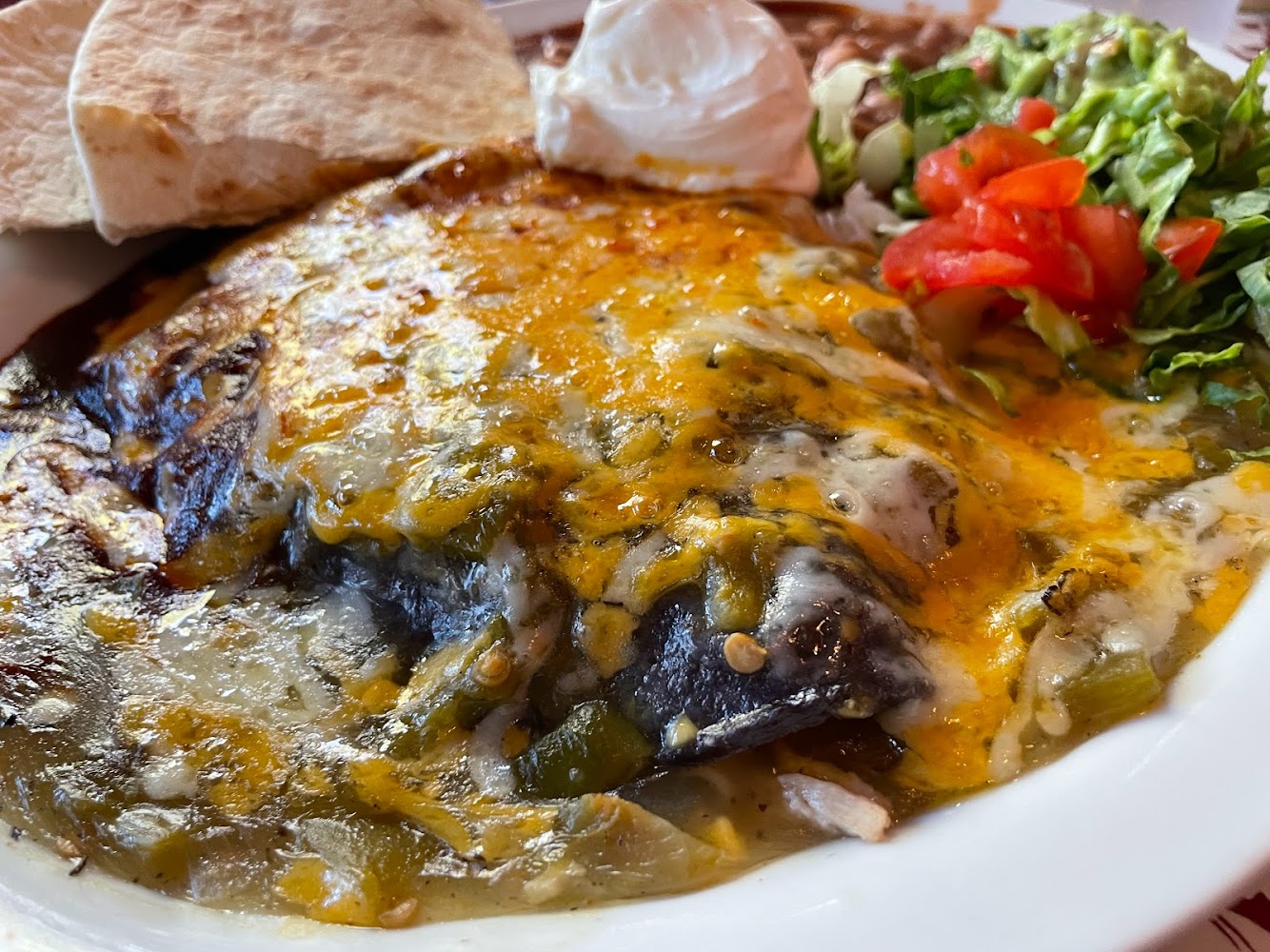 Stacked enchiladas, or enchiladas montadas, are two or three tortillas, one on top of the other, layered with cheese and meat and drenched in chili sauce in a lasagna-like mountain. This version of enchiladas looks fantastic on a plate, and depending on the component parts, it’s fantastically delicious, very simple and satisfying.

It’s hard to believe that such a carb configuration was not developed by the last few millennia of chefs in what is now Mexico; still, I don’t believe I’ve ever seen such a dish in Mexico, and New Mexico claims it as their own.