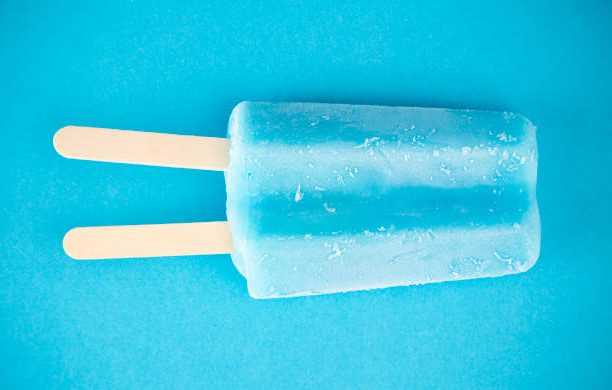 In the early 1960s, the sounds of summer were kids yelping and yowling in the Portage Park pool, the crackle of overhead connections of electric buses as they passed through the Central and Irving Park intersection, and, of course, the tintinnabulation of the Good Humor truck’s bell.

Every summer, when the Good Humor man went trolling down Hutchinson Street, I would go for the chocolate éclair… or, more often, the raspberry popsicle. Raspberry is my favorite fruit, more tender than other berries and with more subtle flavors. But the big question is…

Why Is the Raspberry Popsicle Blue?

With the raspberry popsicle, it was always a matter of some consternation that the frozen pop was blue, not red, as a raspberry-flavored thing might be expected to be. I’ve heard a lot of reasons for why some frozen pop makers chose to dye their raspberry-flavored summer treats not red but blue. I had assumed it was to distinguish red raspberry from red cherry. Another source suggested that the makers of these quiescently frozen confections decided to use blue food coloring in their raspberry pops because they had a surplus of blue food coloring in their inventory and needed to use it up.

Dying confections blue, frequently to signify raspberry, is still a common practice: blue gummies, blue candy fruit slices, blue Torani syrup that you might enjoy in your coffee, blue cotton candy, all raspberry-flavored, and yet, all blue.

It should be noted that some of the raspberry confections that are colored blue are now labeled “blue raspberry,” though “there is no such thing in nature as a blue raspberry. Even if you find a blue raspberry product with natural flavors it probably doesn’t have any actual raspberry flavor. Less expensive juices such as apple and orange are more commonly used in these products.” 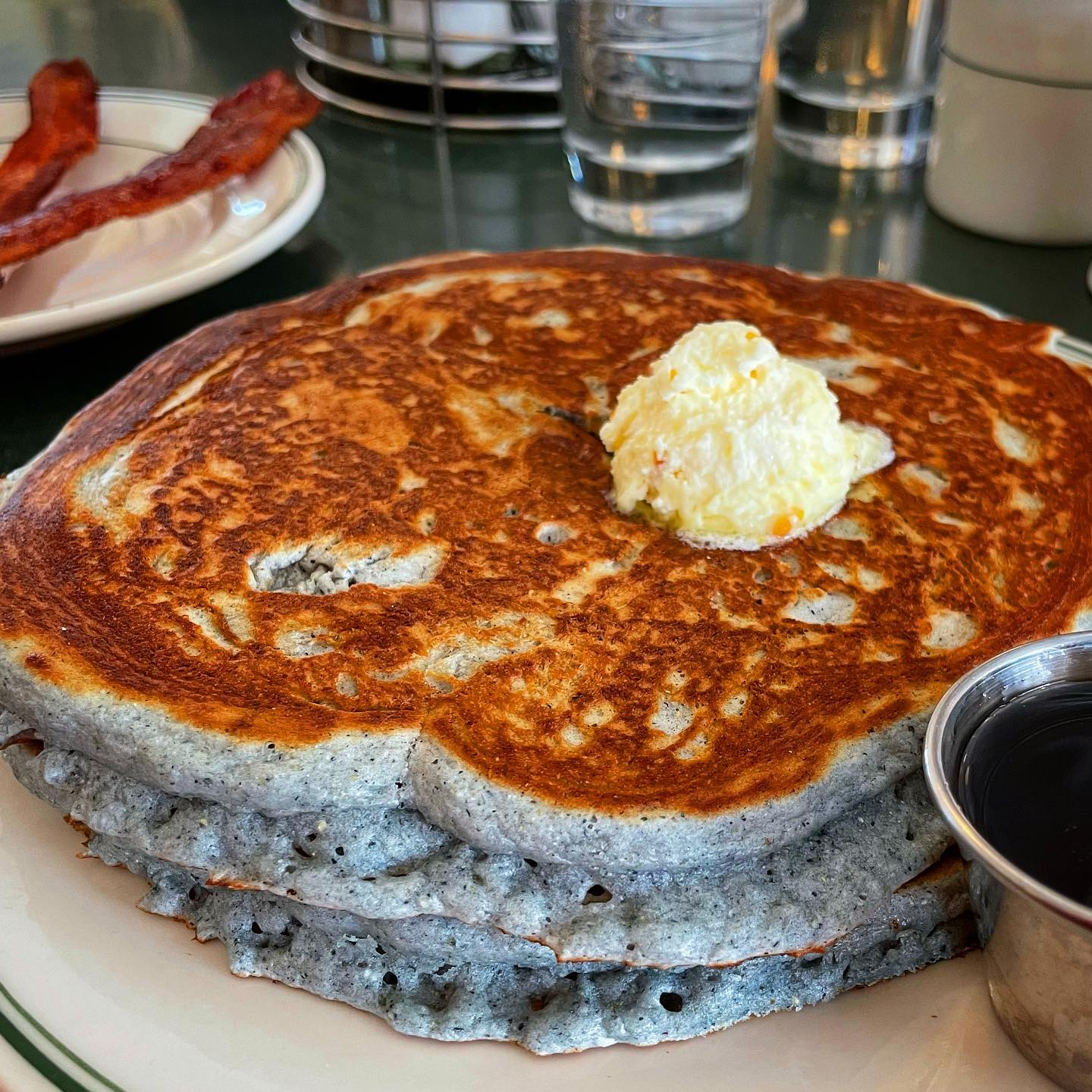 In Santa Fe recently, we enjoyed a platter of blue corn pancakes, which looked fantastic. These pancakes did not, however, taste significantly different than regular white flour pancakes. Same thing with blue corn tortillas versus yellow or white corn tortillas: virtually no flavor difference. There is, however, a nutritional difference: blue corn contains more protein than yellow corn or flour tortillas, and not incidentally, blue food is fun to eat.

Compared to pale foods—like potatoes, rice, and white flour—deeply colorful foods like green kale, orange carrots and blueberries many times contain a good dose of vital nutrients. The vibrant colors of plants give us clues about their nourishing components. More color probably means more of the good stuff. But why are vibrantly colored foods so healthful? Perhaps because “You know if a plant is rich in phytochemicals because it’s vibrantly colored…phytochemicals… are manufactured by the plants to protect themselves from animal or insect damage…and radiation. The phytochemicals we eat give us the same protection that they give plants. Phytochemicals aren’t technically classified as nutrients. but they are associated with disease prevention and treatment.”

Blue corn is also said to have anti-diabetic, anti-inflammatory, and anti-cancer properties and many other health benefits. The apparent attractiveness of blue corn products (they look cool and they’re good for you), started me thinking that maybe some manufacturers artificially dye their yellow corn blue, as a marketing ploy. However, checking the labels of major brands of blue corn chips like Xochitl, 360 (Whole Foods house brand), Garden of Eatin’ and others, I couldn’t find a one that listed blue dye in their ingredients (and if such dyes are present, they must be listed on the label). Of course, it’s hard to believe that no chip manufacturer is resorting to artificially boosting the blue of their chips. This does not, however, seem to be such a common occurrence.

“Our ancestors regarded blue as a warning color, indicating the food was poisonous.”

And… “The color blue actively suppresses our appetites (and, to curb overeating, some recommend putting a blue lightbulb in the refrigerator).”

“Don’t eat blue food” is an admonition that I’d heard growing up, and I was never sure quite what it meant. I figured, though, that it must be that blue foods occur so infrequently in nature that when they do appear, something must be wrong. Another reason could be that blue is associated with mold, and if you see a spot of blue on your bread, it’s probably a good idea to throw the loaf out immediately. Years ago, when I did marketing for a baked goods company, they didn’t want a speck of blue on their packaging due to the unpleasant association between blue and bread molds.

But research suggests that naturally colorful food, including blue corn, might be beneficial to your health, and there is no evidence to suggest that blue corn and other naturally blue foods are bad for you.

So, not only should you eat blue food, you might want to eat more of it.