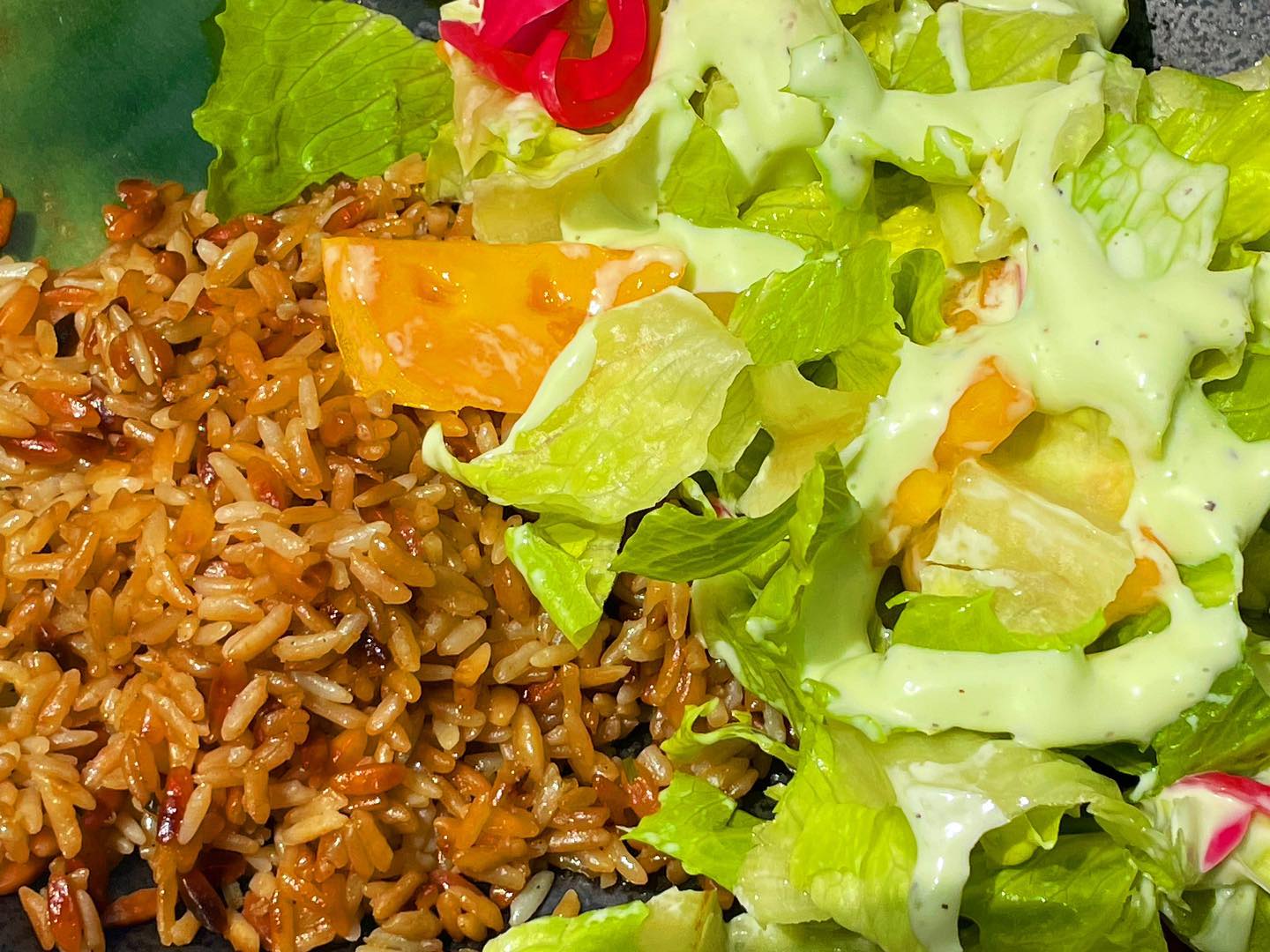 Travel through just about any town, large or small, anywhere in the world, and you’ll find foods that locals hold dear and proudly claim as their own.

The origins of popular foods are never truly settled. Contenders vie for the honor of claiming that they, or someone in their region, invented the dish. But there are dishes and drinks from the Bay Area—San Francisco, Oakland, Emeryville—that are well-documented and can be said with some certainty to have been invented in those towns and, sometimes, by specific individuals.

Eating these Bay Area original foods once again, I was struck that this was the first time in a half-century that I’d eaten some of them.

Green Goddess Dressing is a familiar lush green concoction of mayonnaise (or maybe sour cream), parsley, tarragon, chives and sometimes green onions (the original recipe included anchovy, but now Worcestershire may be used in its place). It was probably not named after the color of the stuff. In the Roaring Twenties, actor George Arliss was staying at The Palace Hotel in San Francisco, starring every night in a play called “The Green Goddess.” Arliss was a fussy eater and was grumpy that none of the salad dressings at The Palace appealed to him. Chef Philip Roemer created a dressing especially for Arliss, and you can guess what he named it.

Green Goddess has a light herbal flavor and a sweetness that works well with acidic vegetables like tomatoes and onions. Apparently, no one trademarked the name, so there are many bottled brands of the stuff, but with summer here, you can make your own with garden herbs and, ideally, homemade mayo. It’s a fine dressing: creamy and with fresh herbs, what’s not to like?

Rice-a-Roni, yes, it is, indeed, the quintessential San Francisco treat in a box, familiar to anyone who grew up in the sixties and seventies: it’s a convenience food, of course, but one that once enjoyed a lot of popularity. A mix of rice, vermicelli and seasonings, Rice-a-Roni has a mild flavor, so you can eat it with almost anything, and texturally, it’s a little more interesting than plain old rice. Vincent M. DeDomenico, son of a pastamaker who came to California from Italy, invented Rice-a-Roni by adding some powdered chicken soup mix to his rice and macaroni, et voila.

Not at all bad: I had two helpings, and for a buck a box, if we were on a super-tight budget, I’d eat more. There’s a pleasant textural contrast between the rice and the vermicelli. And now as with Spam, there are a range of differently flavored Rice-a-Roni blends, like Cheddar Spanish and Lime Chicken. 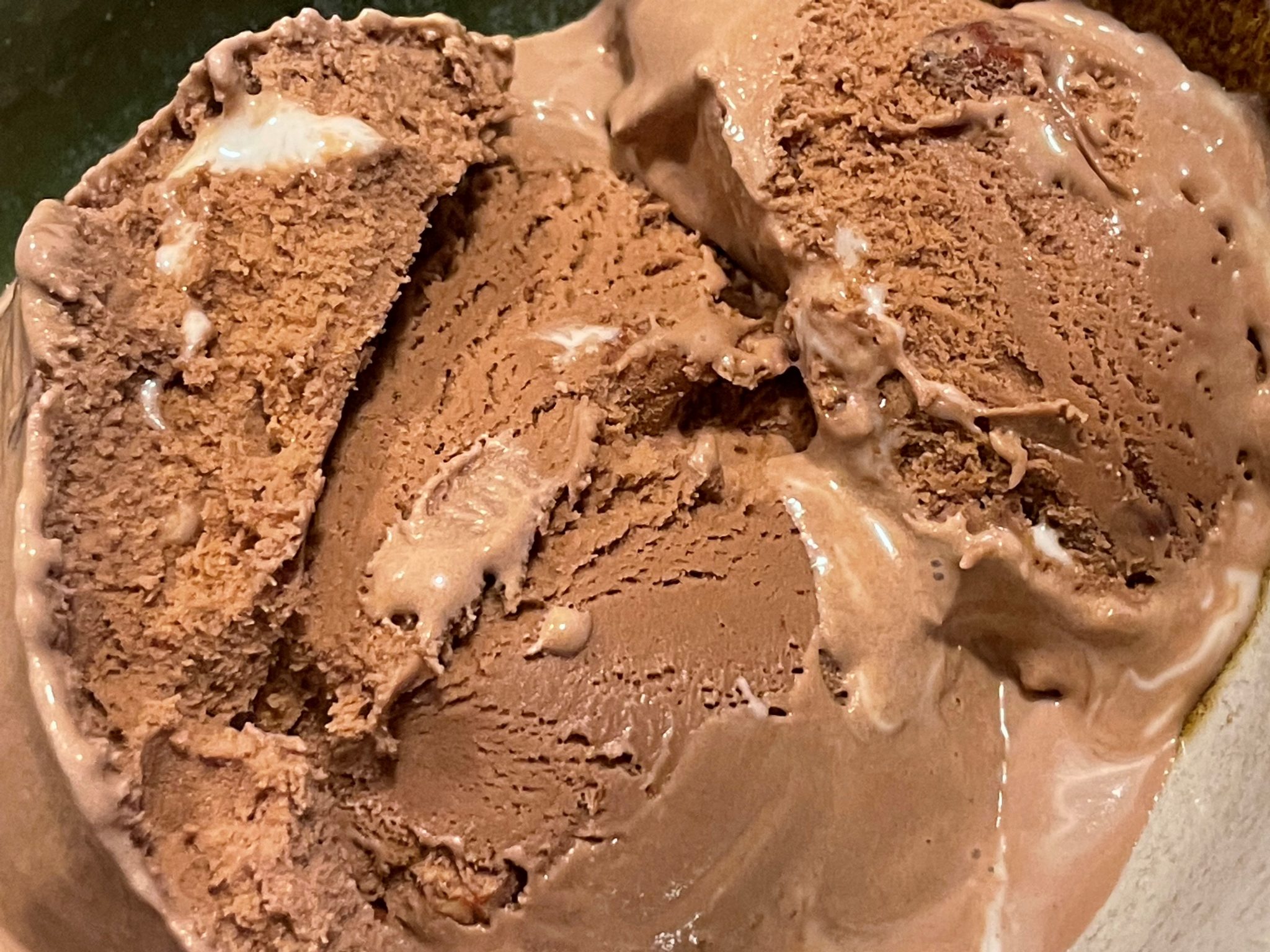 Rocky Road was the favorite of fourteen-year-old me, and it’s a food that people are always surprised to hear originated in Oakland; Eater San Francisco firmly asserts “There’s no question that rocky road ice cream—a classic chocolate flavor with nuts and marshmallows—was invented in Oakland.” Muddying the issue, the invention of this very popular flavor is claimed by two Oakland companies. Both 120-year-old Fenton’s Creamery and Dreyer’s, which has been “scooping since 1928,” proclaim that they and they alone originated this confection. Not possible, of course, but no one has yet untangled the origin myth of this perennially popular ice cream.

The combination of chocolate, nuts and melty marshmallows is a solid winner, and it’s a dessert that requires no additional sauce or condiments: it’s a very self-contained sweet, and quite nice with a cognac. 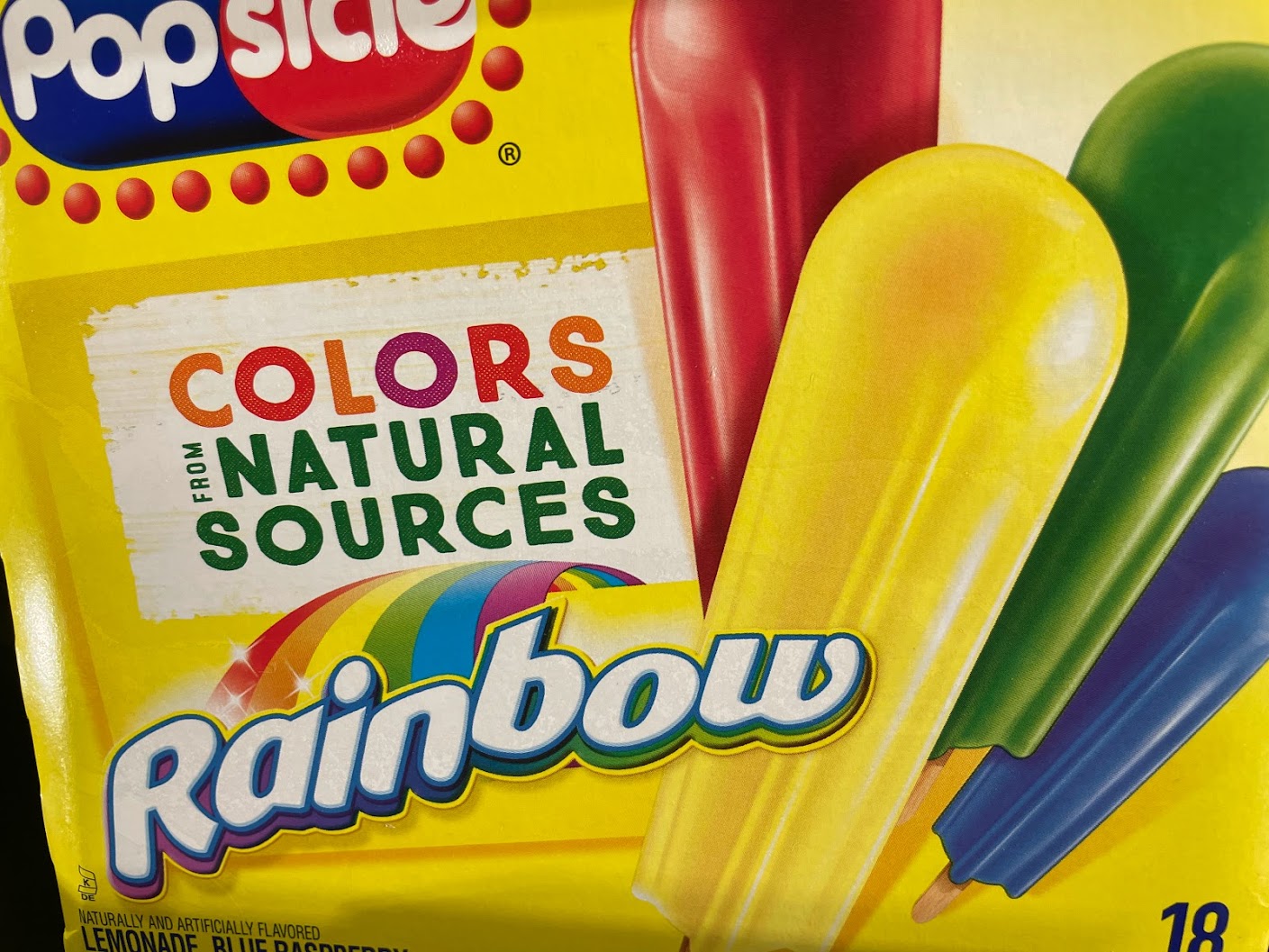 Popsicles are another frosty treat invented in the Bay Area. The inventor? According to legend, it was an eleven-year-old Oakland boy named Frank Epperson. In 1905, young Frank, obviously a child genius, made summer drinks using water, soda powder and flavorings. According to the Popsicle website, “after a long day of play, Frank went inside, but left his cup of soda with the stirring stick still in it out on the porch. The night got very cold, and when Frank went outside the next morning, he found his drink frozen like an icicle. Whoa!”

Epperson was lucky to have a freezing night in Oakland, which has maybe one freezing night a year. He called his invention the Epsicle, but later, when he had kids of his own, they called it Pop’s Sicle, and the name stuck. Epperson patented his quiescently frozen invention in the early 1920s. Popsicles remain a good low-cost frozen treat, but unlike, say, Rocky Road, a popsicle is one-dimensional in flavor though genuinely cooling on a sweltering day. Popsicles are now offered not only as twin pops but as singles, which is more like the one young Epperson is said to have invented. 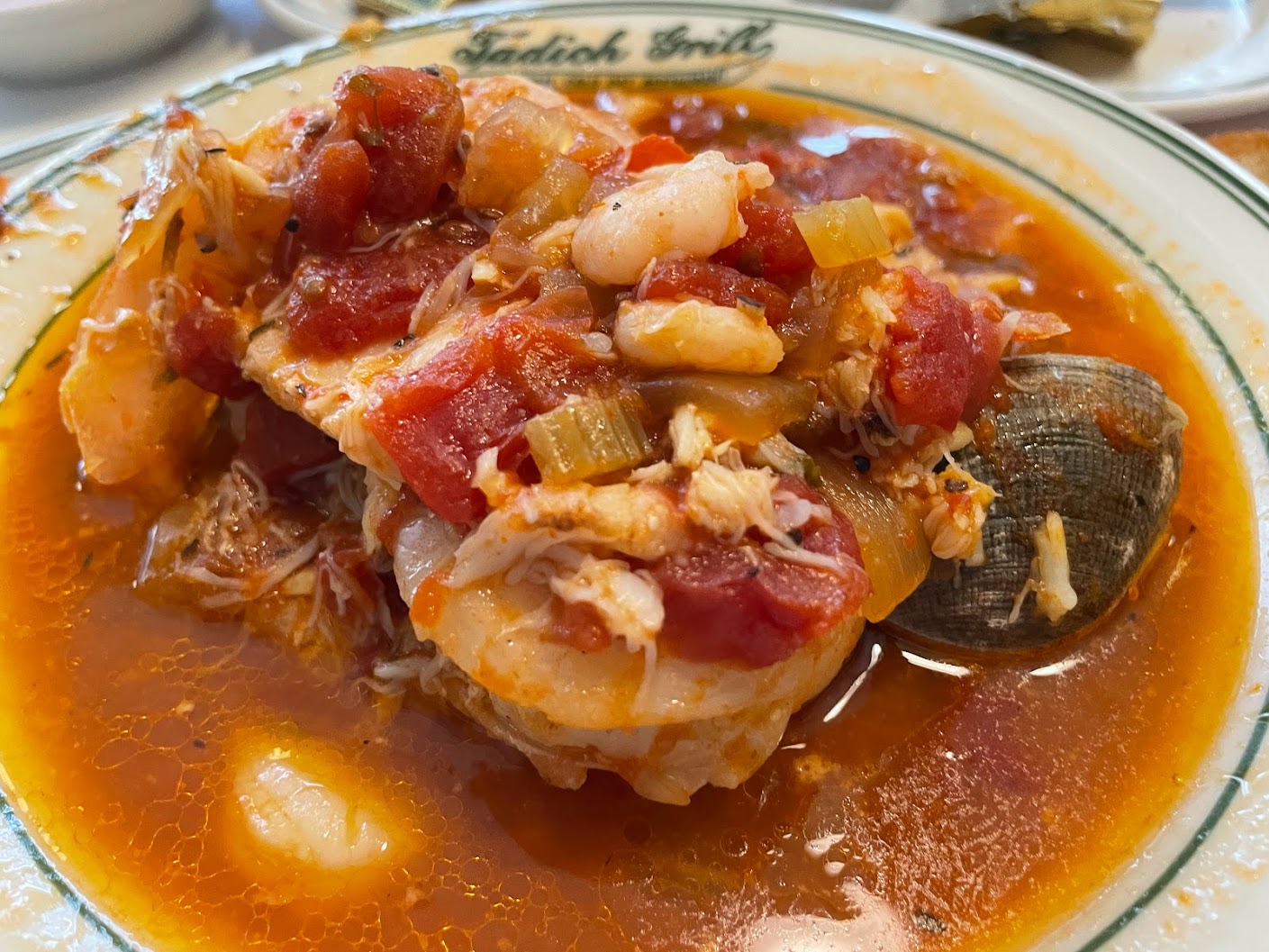 Cioppino, understandably, may be thought of as a dish from Italy, but it was an Italian American “invention.” This delicious concoction gained traction in San Francisco’s North Beach area when Italian fishers, many from Genoa, started making a bouillabaisse-type soup of fish scraps scrounged from other, perhaps more successful fishers. A tomato broth with shrimp, squid, Dungeness crab, mussels, and any other seafood that was available, Cioppino is named after ciupin, a largely tomato-free Ligurian soup, which bears a striking resemblance to bouillabaisse.

Even putting aside my Ligurian heritage, this is a fantastic soup, and an excellent way to use little scraps of fish that might be sitting about. We Italians have done a lot for Bay area cuisine. Prego. 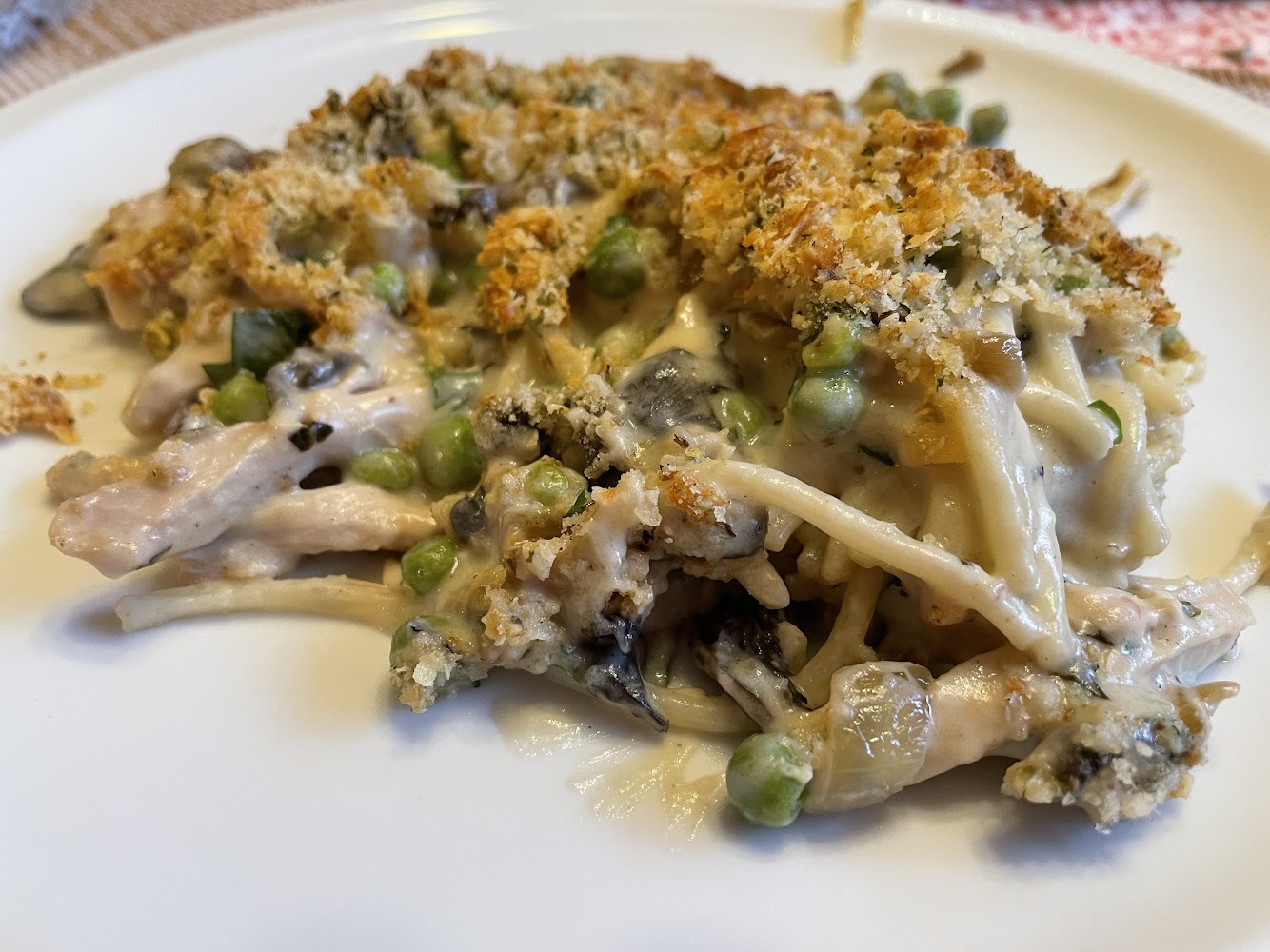 Chicken Tetrazzini is a casserole (or hot dish, if you’re Minnesotan) made of diced poultry and mushrooms in a cream sauce, sometimes flavored with wine or sherry and served over pasta or egg noodles. Chicken Tetrazzini, like Green Goddess dressing, is “widely believed” to have been invented at The Palace Hotel. It was named after popular soprano Luisa Tetrazzini, who sang opera in the early twentieth century and was a guest at the hotel when she inspired chef Ernest Arbogast to create a casserole in her name.

They don’t serve Chicken Tetrazzini at the Palace Hotel anymore, but that’s okay: it’s more of a homemade-type dish, and when you make it, add a splash of sherry or white wine. A classic. 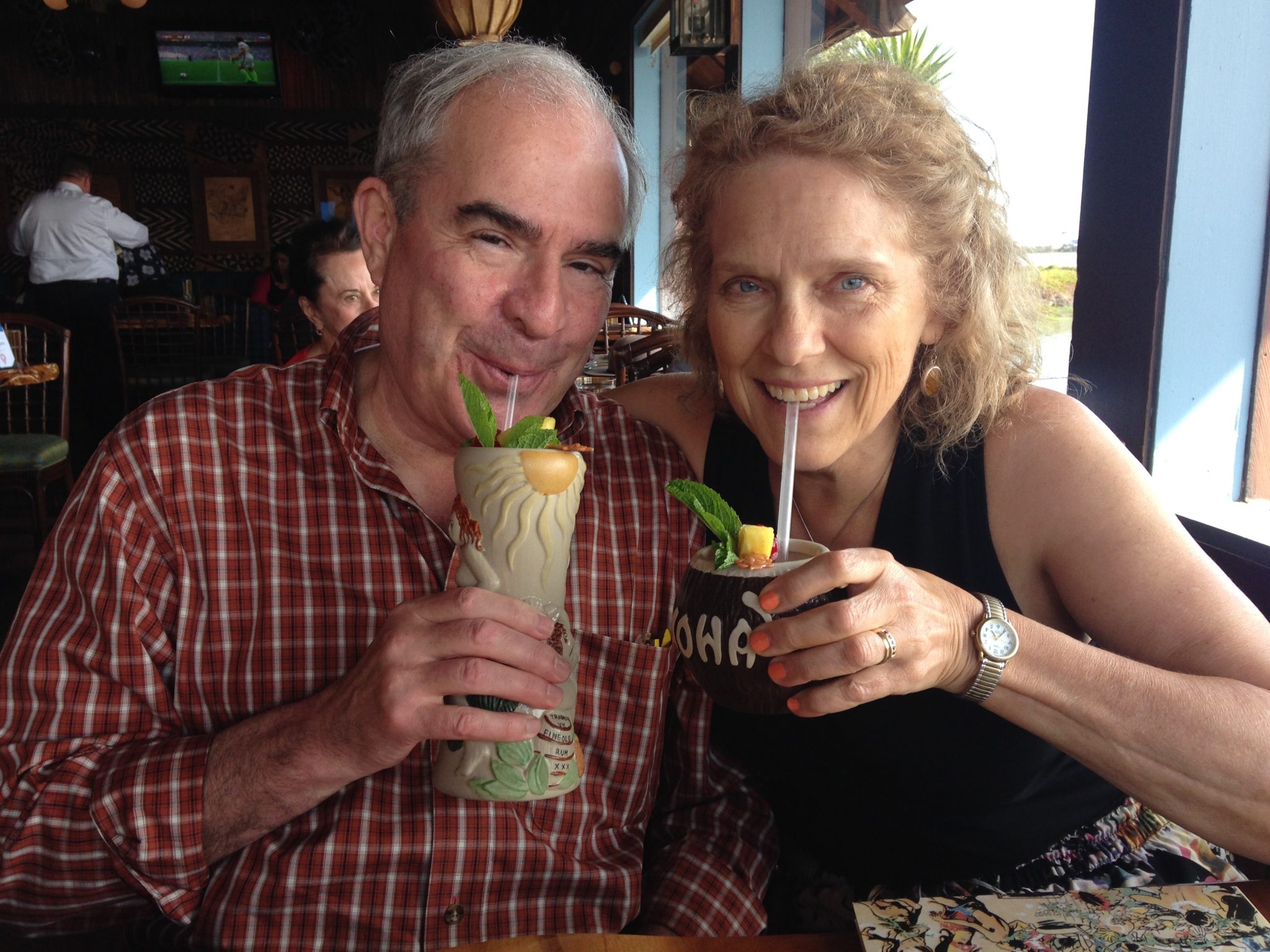 Mai Tai cocktails, which you are guaranteed to find in any tiki bar, are composed of rum, lime juice, orange curaçao and orgeat (almond syrup). There are two primary contenders vying for the title of Mai Tai’s inventor: Victor “Trader Vic” Bergeron of Trader Vic’s and Don Beach of Don the Beachcomber. Bergeron has the slight edge, and his original Trader Vic’s is still operating in Emeryville, on the water, one of the most picturesque locations of any stateside tiki bar we’ve visited.

The sweetness of the rum, acidity of the citrus and slight bitterness of the almond syrup make this a very well-balanced cocktail, even for those of us for whom rum is not our first choice for a spirit. Extra points if you enjoy your Mai Tai in a ceramic skull or other extravagant drinking vessel. 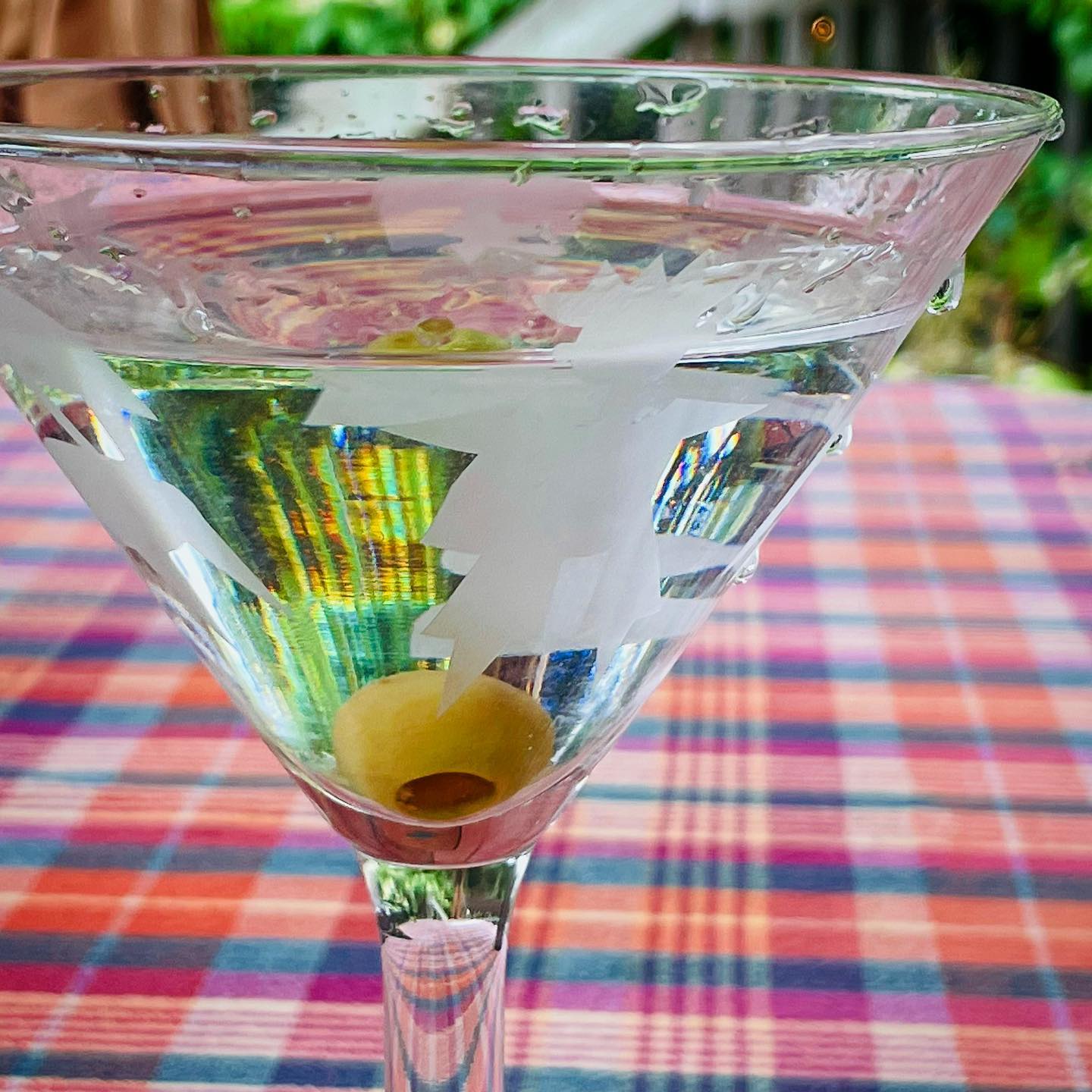 The Martini, according to H.L. Mencken, is “the only American invention as perfect as the sonnet.” Where this cocktail was invented, however, is open to debate. But one author, Barnaby Conrad III, in his history of the martini, published in 1995, firmly placed the origins of the cocktail in San Francisco. There are questionable descendants like the apple-tini and the chocolate-tini, but the original recipe was, like so many classics, stunningly simple: gin (not vodka), vermouth and a garnish (usually an olive).

Though I usually like to try the signature cocktails at restaurants we visit, the only before-dinner cocktail I genuinely enjoy is the martini and, yes, it’s got to be gin, or it isn’t really a martini… Or at least one that I like.