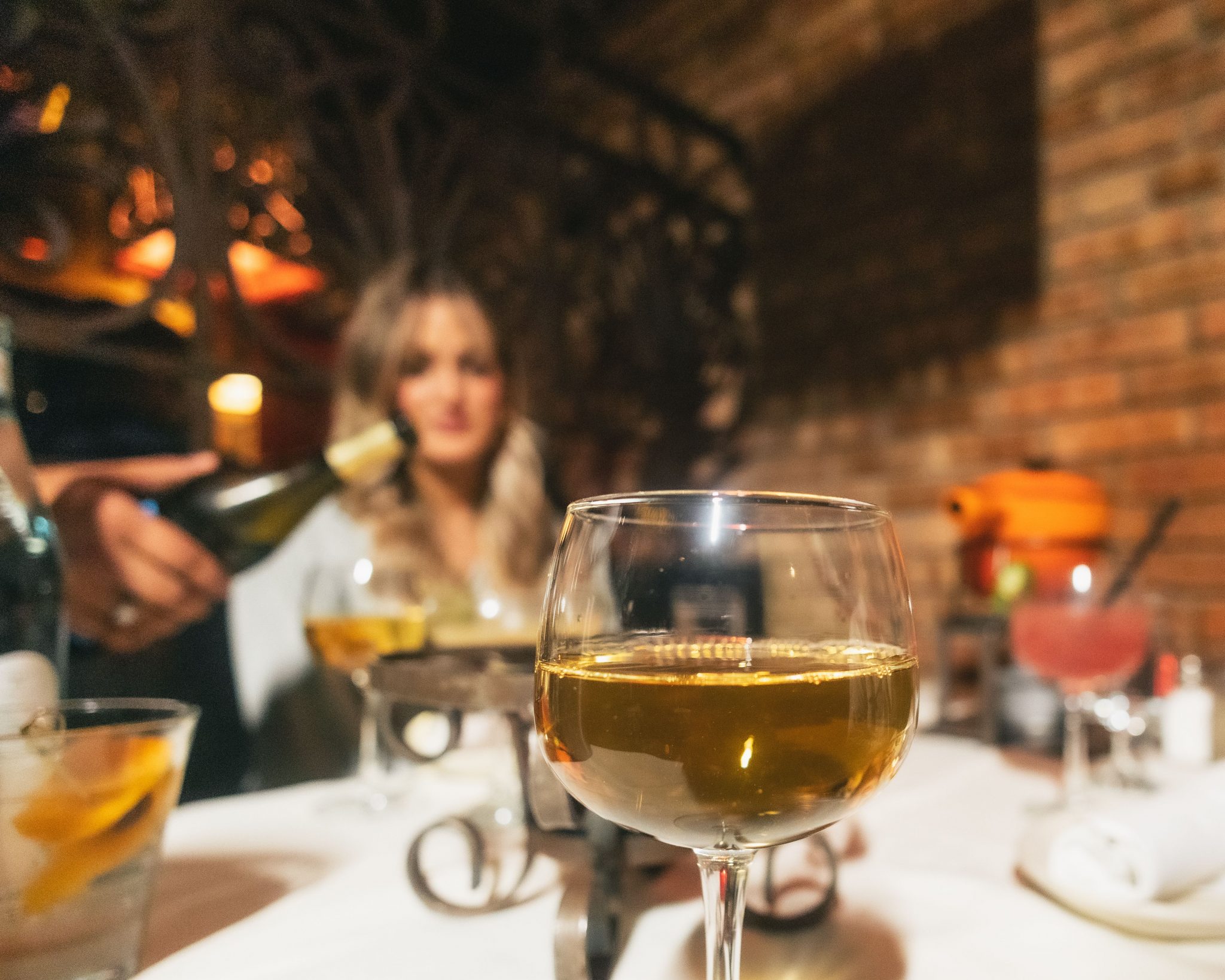 Geja’s Café, the fondue restaurant in Lincoln Park long-known as one of the city’s most romantic spots to dine, celebrated fifty-seven years in June of helping diners fall in love over dinner. Its liquor-license account number is forty-one, if that gives you any indication of its age and place as a Chicago institution. According to Jeff Lawler, owner of Geja’s for the past twenty-eight years, not much has changed over the decades, and that’s a good thing.

“We haven’t tried to be everything to everybody,” Lawler says.

Sure, the chairs have been replaced and the colors of the tablecloths have changed. The patio has been remodeled and fireplaces were added outdoors. But over the years, the menu, music and experience have remained almost unchanged.

John Davis opened Geja’s in 1965 as a wine and cheese bar after spending time backpacking in Europe. Back then, wine wasn’t very popular outside of fancy dinners, and Davis was seen as cutting edge for opening a bar with an extensive global wine list. The restaurant, originally at 1248 North Wells had a bohemian feel and attracted writers, artists and other creatives. In 1969, Davis launched the Geja’s Wine Society, one of the country’s oldest wine tasting groups. It wasn’t until 1971, when Geja’s moved to its current location on Armitage, that Davis turned it into a fondue restaurant and wine bar. Ever since that day, Geja’s has served a cheese fondue course; an entree fondue course of meats, seafood and vegetables; and a dark Belgian chocolate fondue course for dessert.

“We are a fondue restaurant that has always been fondue since seventy-one,” Lawler says, “and we still have an extensive wine list, still have gourmet meat and cheese boards, still have live music every night.”

Fondue was all the rage in the 1970s, as you may have deduced from the dust-covered fondue sets in your parent’s cupboard. The Melting Pot, the most recognizable fondue franchise, opened its first location in 1975. But today fondue is rare. Lawler, who purchased Geja’s in 2015 after managing it for years, surmises that at least some of the wane in popularity comes from the wealth of options elsewhere.

“When you have these Michelin Star restaurants opening up, and all different types of restaurants around the city, there’s just a lot to try,” he says. “Food has just exploded here in the last fifteen years.”

Fondue dining is more of a novel experience, and Lawler says he gets young customers in who have never tried it before.

“When you want an unusual get together, a really rich get-together where you’re cooking together, you’re dipping together…it makes for a very rich and memorable dining experience,” he says. “Geja’s takes you to a place of old world-ness where you can kick back and relax.”

He says people also enjoy that they don’t have to make too many decisions.

“You decide what you want to drink and your proteins,” he says, “the rest is decided for you, which makes for an enjoyable evening.” 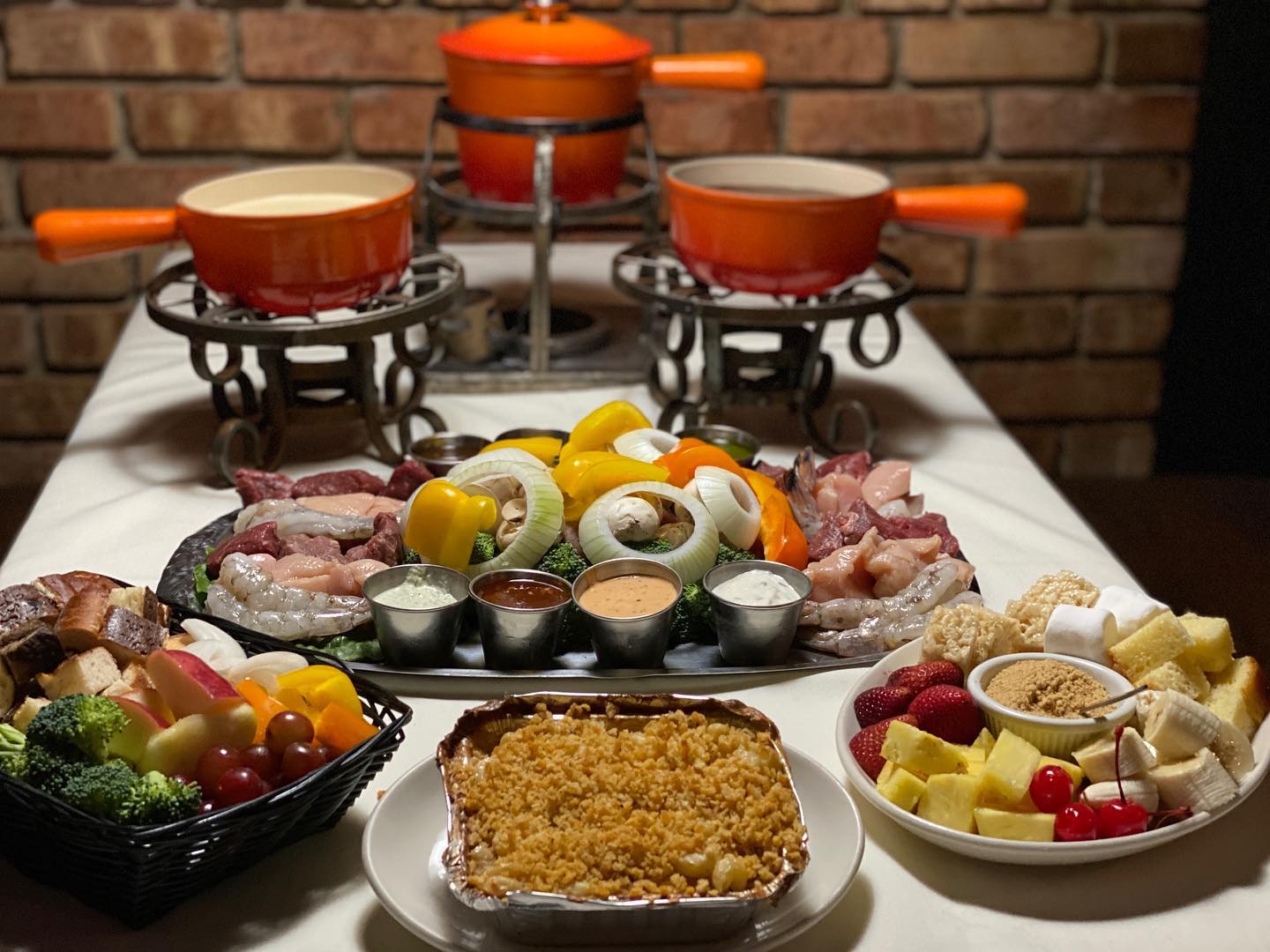 While he has seen an increase in younger clientele, many customers have been dining at Geja’s for years. One couple who dined in early July was celebrating their thirty-three-year anniversary of getting engaged at Geja’s. About fifty percent of guests dine with Geja’s once a year to celebrate a special occasion, and most of the tables are occupied with couples, gazing dreamily at each other and at the big pots of steaming cheese.

Like most restaurants, Geja’s suffered during the pandemic, and is still suffering from staffing shortages, supply issues and rising food prices. Lawler turned to at-home fondue kits, which have been a hit even as the restaurant reopened. Geja’s supplies a cheese plate, candles, fondue forks, stands, pots, and the three fondue courses, and even a Spotify playlist to create the ambiance of Geja’s in your dining room. During the height of the pandemic, Geja’s sat people at the outdoor fireplaces and installed vinyl walls around them, another thing that will live on post-COVID

“Enjoying fondue by the fireplace is an experience unlike any other in the city,” Lawler says.

“My goal is to take Geja’s to its seventy-fifth anniversary, then hopefully someone else will take it over from me and take it to one hundred years,” he says. “It’s an honor to be part of Geja’s history.”