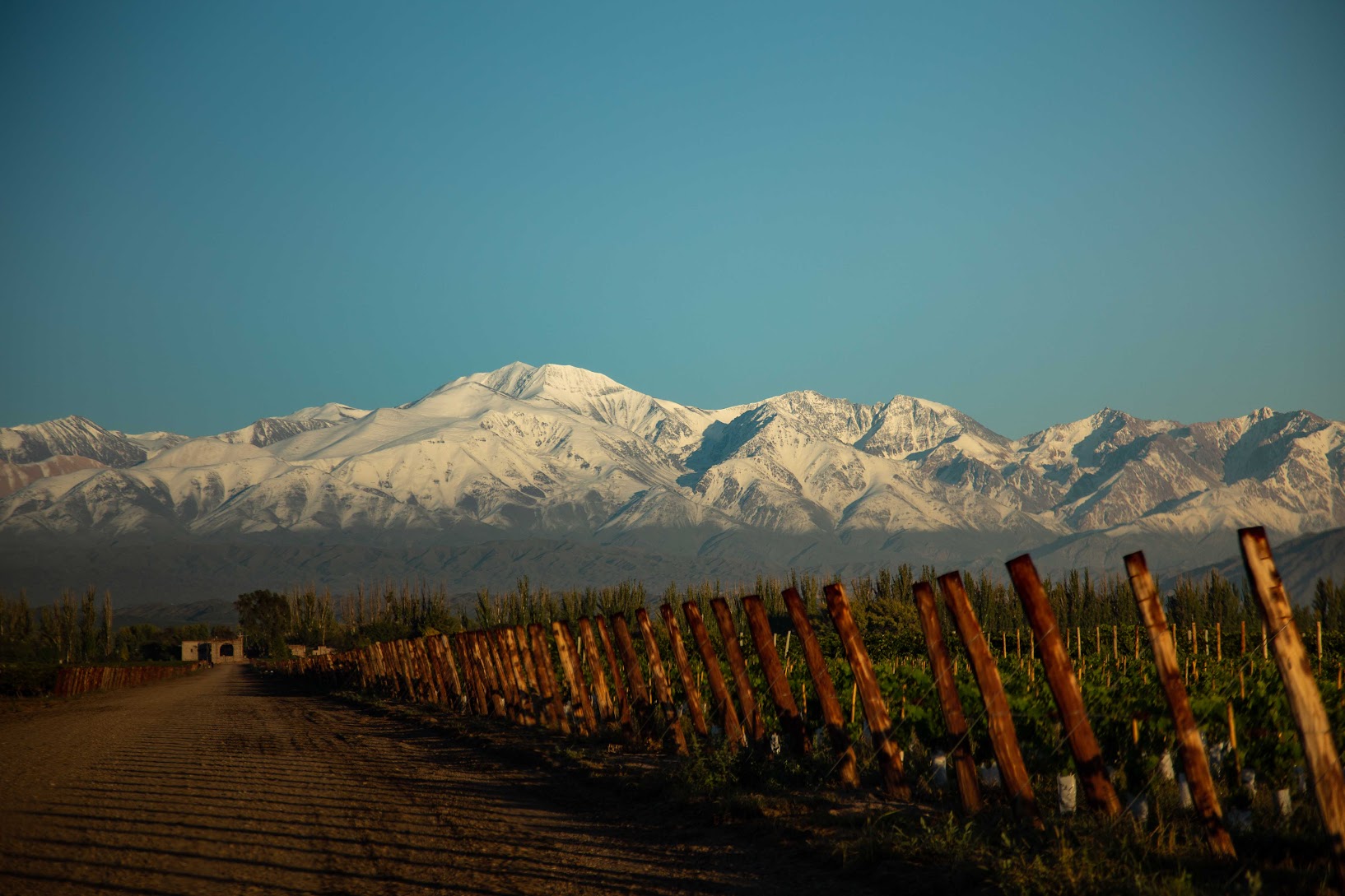 Of course, there are Chardonnays produced in many parts of the world, and these undesirable characteristics were most common among the California Chardonnays. Bummed several times by Chardonnay from the Golden State, we avoided it for decades.

So it was with some trepidation that we sat down to a recent dinner at meat-forward Fogo de Chao, which started with a tantalizing carrot-ginger soup with roasted pear and arugula salad… paired with a Chardonnay.

After one sip, we had to readjust our biases regarding Chardonnay. This brightly yellow wine with green highlights was unlike the American Chardonnays of yore: it had personality, but it wasn’t too big or oaky or buttery. Rather, it was a pleasant balance of fruitiness and minerality, which paired beautifully with our soup and was very pleasant to drink all by itself. We thought it would be a perfect white wine for Thanksgiving, with friendly character and the ability to stand back and let the food share the spotlight. It’s light enough to pair with the many different flavors on the Thanksgiving table, yet it has enough freshness and body to make it fine for sipping before and after the main event.

The Chardonnay that turned us around was the Catena Alta Chardonnay. We liked this Chardonnay a lot, so much so that I contacted the Argentinian winemaker, Dr. Laura Catena, who has quite a resume. After graduating from Stanford with a medical degree, she founded the Catena Institute for Wine with the goal of deepening the understanding of the Mendoza terroir. Becoming managing director of Catena Zapata in 2009, her winery received six “One Hundred Points” ratings from top international wine critics, including Robert Parker and James Suckling. In 2017, Robert Parker’s “The Wine Advocate“ named Catena Zapata the Best Winery in Argentina.

My wife and I stopped drinking Chardonnay in the eighties when most of the bottles we’d enjoyed were way too oaky and buttery. Is your Chardonnay in any way a response to such excesses of years past, especially among the California Chardonnays?

We are terroir-istes at heart, so anything that covers the real fruit and nature of a vineyard is not ideal. We think of oak as the equivalent of a pinch of salt. A little is complementary, but too much ruins everything. Another issue for some Chardonnays is that they are grown in climates that are too hot—which results in flabby wines with too much alcohol. We farm Chardonnay grapes only at high altitudes in Mendoza because that yields a wine that has body and freshness. Without a somewhat cool climate, you just get alcohol; you don’t get freshness.

But I’m not judgy about oak. I’ve even had some great Chardonnays in which you actually perceive the oak, but as long as the fruit and the body are there, the oak can be interesting. It’s a question of personal taste. There are some Chardonnays with too much oak, certainly, so we tend to use a lot of second-use barrels, and the oak is very subtle.

Do you use French or American oak for your barrels?

We use only French oak because Chardonnay is a variety that soaks up the oak very easily. American oak tends to be a little heavier and less delicate. For some red wines, American oak can do quite well, but I would never use an American oak for a Chardonnay. Our Chardonnay has a floral minerality, and if you use American oak, those characteristics become clouded. 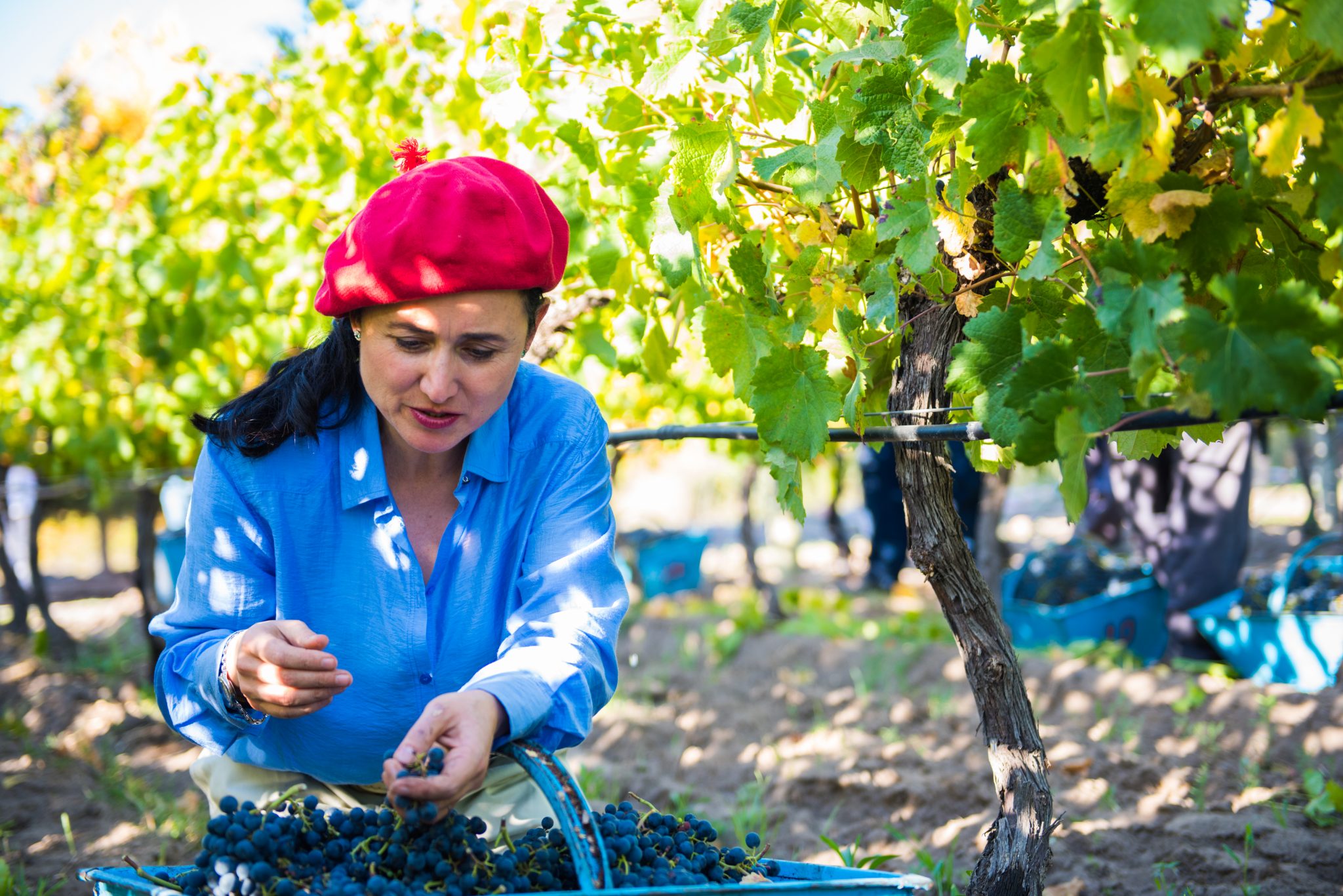 Laura Catena in the vineyard

The Spanish started making wine with vines they brought from Europe. Are you still using those Spanish grapes in your wines?

Argentina has been making wine since the sixteenth century when a large variety of grapes were brought by the Spanish to Argentina. They were basically planted by the church and used for sacramental purposes. People would also make wine at home, and wine was consumed throughout the colonial period. Then in the middle of the nineteenth century, the president of Argentina wanted to create an Argentine wine industry that could compete with France. So the president of Argentina hires this Frenchman to bring the best vines from France, Italy and the rest of Europe. What’s really cool about this is that the Chardonnay we have in Argentina is what’s called pre-phylloxera [the insect pest that ravaged European vineyards], because these diverse selections hadn’t been touched by that disease. Because the vines were established so early, Argentina has all this amazing genetic material from European vines. Then you have huge European immigration, Italian and Spanish, mostly, at the end of the nineteenth century, beginning of the twentieth century, that’s when my great-grandfather comes from Italy. And these people were used to drinking wine for breakfast, lunch and dinner. From these people come a lot of wine producers from the old world who set up the wine industry in Argentina.

The conditions in Argentina are clearly very good for Malbec, probably the most popular Argentinian wine, but in what ways are the climactic conditions also good for Chardonnay?

Why is it important to grow your grapes at a high altitude?

The higher you go, the cooler it gets. So our grapes grow in a cooler climate, but there’s another effect of altitude: more sunlight. At higher altitudes, you have more sunlight, which can be both good and bad. Sometimes too much sunlight can burn the grapes. To protect the grapes, we don’t remove a lot of the leaves on the vines.

Sunlight can also cause thickening of the grape skins: the vine actually thickens the skin to protect the fruit from the sun; it’s kind of like the divine mother creates a sunscreen for its little baby grapes. Thicker skin develops more polyphenols [the chemical compounds that contribute to a wine’s mouthfeel, flavor and color], and many wines grown at high altitudes will be rich and concentrated.

Where can readers find Catena wines in Chicago?

At Binny’s, and at many Chicago restaurants, including Virtue, Gibson’s Steakhouse, Mastro’s Steakhouse and (of course!) Artango Bar and Steakhouse. At Binny’s, Catena Chardonnays are quite reasonably priced, ranging from around $13 to around $30.