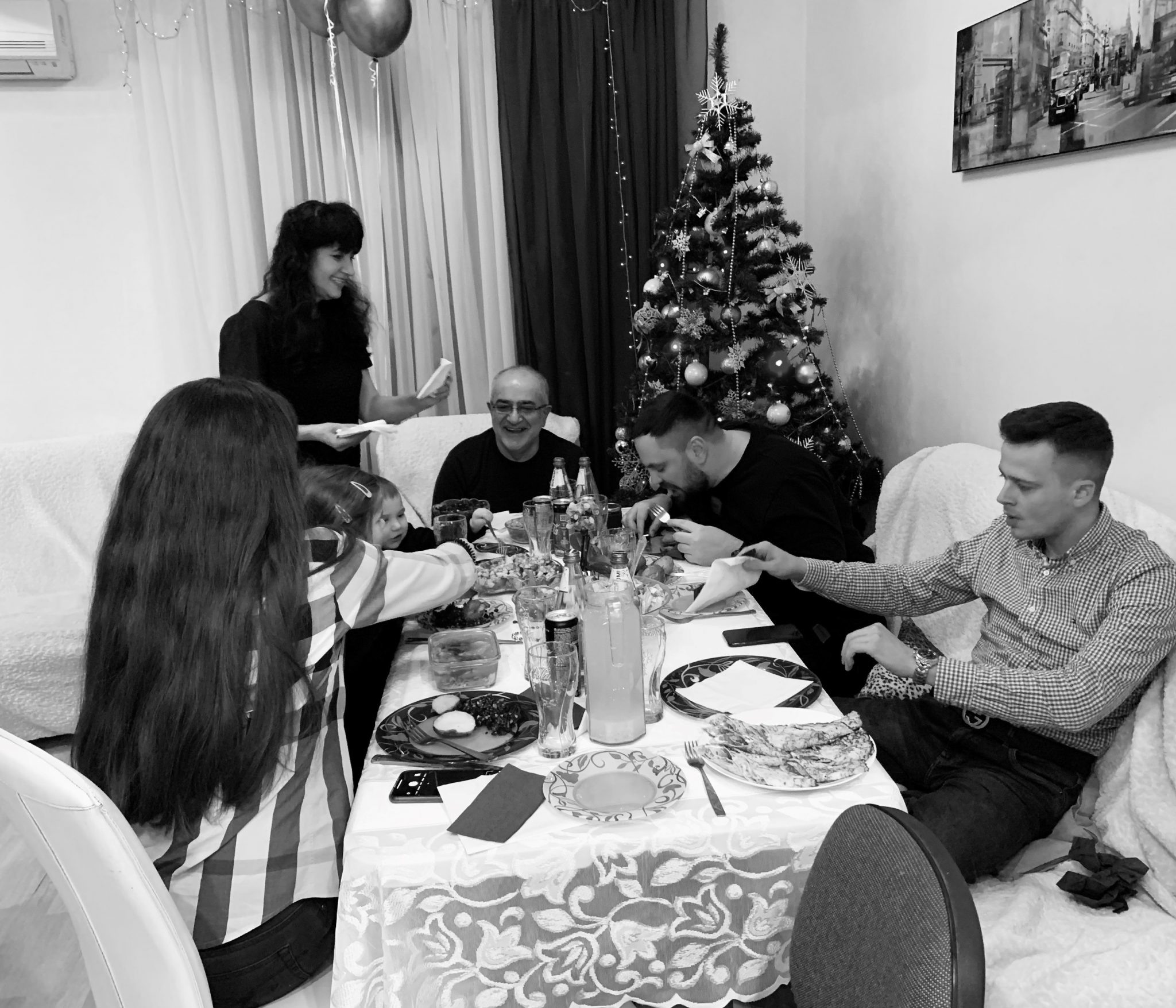 In December 2019, my husband and I spent a Christmas in Kyiv: we drank mulled wine at the Christmas market, where carolers serenaded crowds in front of a giant Christmas tree, saw the “Nutcracker,” and ate our way through the city.

We walked through Maidan Square, where people have gathered for protests since the start of Ukraine’s independence movement. Protests there in late 2013 led to the 2014 Revolution of Dignity. Eventually, we made it to the Museum of the Great Patriotic War, which is focused on Soviet involvement in World War II, but which had an exhibit about the 2014 Russian invasion of Crimea. During that invasion, 1.4 million people were displaced, 13,000 killed. The exhibit was chilling. There were videos of torture victims that were hard to watch, as well as a section called “War is Going On” that warned about something like the Russian invasion and war that Ukraine is experiencing right now. There have been 15,246 civilian casualties in Ukraine since February, though the actual number is likely considerably higher since early October, according to the United Nations. Brutal war crimes have been committed, many well-documented. 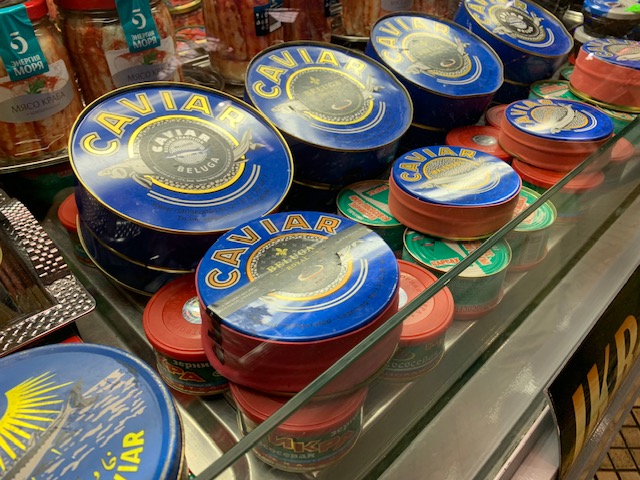 Ukraine was at peace in that winter of 2019. We blissfully marveled at the colorful tins of inexpensive caviar that would cost twenty times as much in the states, bought jars of pickled everything from the markets, and ate. Potato pancakes topped with sour cream and salmon roe; savory varenyky (dumplings) stuffed with potatoes and stewed onions; sweet varenyky filled with sour cherries and sprinkled with powdered sugar; a rabbit and pumpkin terrine my husband still talks about every time patè is mentioned; borscht, of course; cabbage rolls stuffed with minced meat and grain; and probably too much horilka, a highly alcoholic beverage.

We didn’t take part in a traditional Ukrainian Christmas feast, but Marina Yakush, a Ukrainian refugee living in Chicago, filled me in. In Kyiv, Yakush organized the 2021 Creative Chef Summit, which brought Michelin-star chefs from around the world to Ukraine for a master class.

Four months ago, she left Kyiv for Chicago because of the ongoing war by Russia. In Chicago, she’s working with Chef Johnny Clark of Parachute and Wherewithall on Anelya, a pop-up restaurant that works with Blue Check Ukraine to provide financial assistance and support for humanitarian needs in Ukraine.

“We have in Ukraine a really good tradition,” says Yakush, “where we put twelve dishes on the table from twelve different regions of Ukraine.”

The feast starts with kutia, a dish made with boiled wheat, honey, poppy seeds, nuts and dried fruits. This dish is Yakush’s favorite. Other Christmas dishes include cabbage rolls, varenyky, borscht with prunes and mushrooms, patties with peas, fish (often baked or jellied), potato pancakes with onions, boiled potatoes with garlic, stewed cabbage with mushrooms, pancakes, a fruit compote called uzvar and bread. But every family adds their own traditions.

“Our tradition was salad with beets, pomegranate and chicken,” Yakush says. “And my favorite dessert was prunes with whipped cream, nuts and chocolate.” 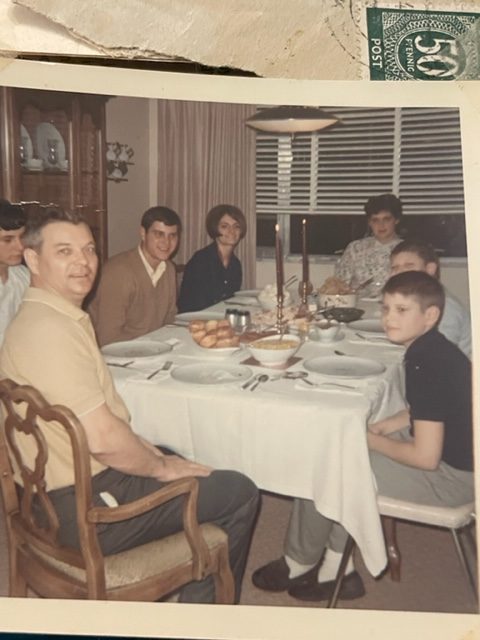 Clark remembers his grandma’s kolach, or Christmas bread, a slightly sweet, yeasty bread similar to challah. It’s often braided into three rings and baked into a round cake pan with a hole in the middle for a candle.

“The ring represents prosperity and longevity,” says Clark. “The candle represents the sun, to brighten the winter solstice.”

The kolach is painted with sweet egg yolk before baking to make it brown and glossy. “I remember,” says Clark, “sticking my little finger in there and getting out the custard filling.”

The Anelya pop-up is named after Clark’s grandmother Anelya Ochatchinskiya. She was kidnapped from Ukraine and taken to Heidelberg, Germany, during World War II, where she was forced to work at a Nazi hospital. She met Clark’s grandfather, an American soldier, shortly after liberation and moved to the United States a year later.

“My grandmother was the most influential person in my life. She inspired me to be hard-working, humble, and self-motivated,” Clark says. “My intention right now is drawing attention to Ukrainian people and how much help is still needed.”

He hopes that people in the United States and elsewhere don’t forget about Ukraine. “There is still a massive war being waged on innocent people living their lives,” he says.

Max Drobit, who moved to Ukrainian Village when he was five-years-old and now owns Zymosi kefir, says that one way people can learn about Ukraine is through food. “Through food you can best represent your culture, languages, everything about you can be shown through food.”

Chicagoans hoping to sample traditional Ukrainian dishes can try them at Tryzub or Old Lviv, among other Ukrainian restaurants. As far as what to order, Drobit says it’s all good. “There’s no such thing as a favorite. I crush everything. It’s the holiday of all holidays.”