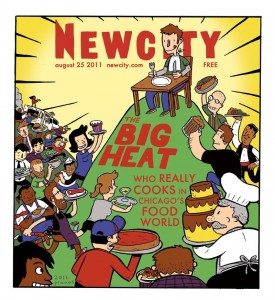 The last time Newcity published The Big Heat—a list of Chicago’s top food and drink influencers—in 2003, Charlie Trotter was one of the most popular chefs in America, he had two restaurants and was pretending to lead a raw foods revolution. If a chef made that list he probably only had one restaurant and it would have been a fine-dining venture. There was no room for a counter-service fish shack. But, these days we get some of our best food from trucks and most self-respecting chefs wouldn’t be caught dead rolling out white tablecloths. We wanted Rick Bayless opening a burger stand, not doing commercials for one. And with the economic downturn of a few years ago, we got our wish (much better than we could have dreamed—a local seasonal sandwich shop, Xoco, serving the silkiest bean-to-cup hot chocolate ever). The landscape these days is so different that forty of the fifty people on the 2003 list didn’t make this one. Two of them, may they rest in peace, Paul Wildermuth (Opera) and Abby Mandel (founder of Green City Market) have died.

Maybe the most surprising person not to make the list is Wildermuth’s old boss, Jerry Kleiner. He built Randolph Street and pioneered the South Loop, but too many of his places have failed in the last few years. We might have applied similar logic to Trotter, but his flagship is still open and despite people wanting to kick the giant when he’s down, most of the great chefs of this generation were inspired by his cookbooks. Also, this time around, while we acknowledge the executives over at McDonald’s and Sara Lee probably have as much power as any in the food world—we wanted to promote the people who were really working on their craft and making better food. Some things do stay the same though: Bayless was #1 in 2003 and he is again in 2011. 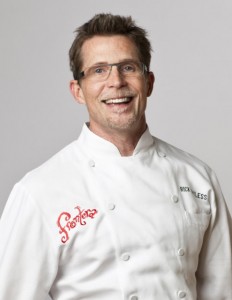 1
Rick Bayless
King of the Frontera Empire (Topolobampo, Frontera Grill, Xoco, Frontera Foods etc.)
He brought “real” regional Mexican food to the American table. He made gardening look cool again. He’s done as much as anyone to promote local farms and farmers through his foundation and restaurant work. Through Xoco, he’s found a way to serve locally farmed, consciously raised foods to thousands of people a day without making any major compromises. He’s even made it almost fun to fly again with his Tortas Frontera kiosks at O’Hare. But, none of this probably means as much as the fact that the dude won the inaugural Top Chef Masters TV competition, which means millions more know these good deeds and better ways of eating.

2
Stephanie Izard
Chef/Partner, Girl & the Goat
Last time we did this list, the queen of all food media and Top Chef 2008 winner was a line cook at Vong’s Thai Kitchen and Spring, neither of which are around anymore. But, Izard, a curly head Energizer Bunny just keeps on ticking. Her Girl & the Goat is the hottest ticket in town and she’s also working on a new diner and a cookbook. Grant Achatz might be on the Time 100 Most Influential People List, but if Izard was walking next to him in a shopping mall, he’d be one lonely dude. 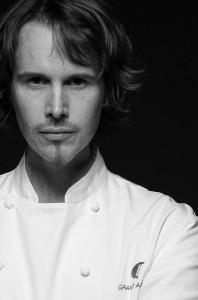 3
Grant Achatz
Chef/Owner, Alinea, Aviary and Next
See above re: Time Magazine. While Achatz has pushed the emotional boundaries of the dining experience more than anyone, his immediate legacy is training cooks to be better versions of their forebears. He’s the torchbearer of the legacy handed down from Escoffier to the great French Brigades through to Thomas Keller. As a result guys like Curtis Duffy (Avenues), Jeff Pikus (Maude’s) and David Carrier (ex-Kith & Kin) are bringing a new level to every restaurant they touch and improving how we eat. If that weren’t enough, Achatz’s cancer survival and push to be the best at all costs is a comic book-like hero mythology that inspires us all.

4
Rich Melman
Founder, Lettuce Entertain You Enterprises
The dude basically invented the salad bar at his inaugural restaurant R.J. Grunts. Forty years and more than forty-plus restaurants later, he was recently named Outstanding Restaurateur of the Year by the James Beard Foundation, his L20 restaurant garnered 3 Michelin stars, and he continues to open and develop cutting edge concepts that command the attention of Chicago and the world.

5
Paul Kahan, Donald Madia, Eduard Seitan, Terry Alexander
Chef/Owners/Managers of most of the edible things that are remotely cool in Chicago
We could separate each of these guys out on their own, but by now they’re the culinary equivalent of Bogie and Bacall, Han Solo and Chewbacca, or as the music-loving Kahan might appreciate, Marr and Morrissey. They make sweet music together. They’re not involved in every single one of these projects together, but collectively they are responsible for Blackbird, Avec, The Publican, Big Star, the Violet Hour and Mia Francesca. If they felt like opening a coffee shop/organ-meat emporium in a fully operating bathhouse, it would literally and figuratively be the hottest spot in town. 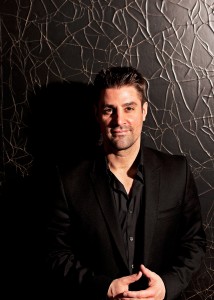 6
Rob Katz and Kevin Boehm
Owners, Boka Restaurant Group
What Jerry Kleiner and Rich Melman were to Chicago restaurant development the last three decades, Katz and Boehm might be for the next decade. With Boka, Perennial, Girl & the Goat and GT Fish & Oyster under their belts (and Balena in the works), they’ve shown great aplomb for attracting top talent, turning trends and most critically, appealing to scenesters and foodies. Their aggressive social media and content production is not unlike Ellen Malloy’s—they’re so hot, they don’t even need PR.

7
Graham Elliot
Chef/Owner, Graham Elliot Restaurant, Grahamwich and Master Chef on Fox and Curator Lollapalooza Food Tents
Mario Batali has his clogs and Graham has his bone-white mod eyeglass frames, his Speedo, and his Daisy Duke/Chippendale dancer ensemble. Needless to say, there hasn’t been a voice this loud in Chicago since Jay Mariotti fell off the face of the earth. Unlike, Mariotti who was afraid to step foot in the locker rooms about which he wrote, Elliot at least puts his food where his mouth is. His eponymous restaurant is always a great imaginative romp. 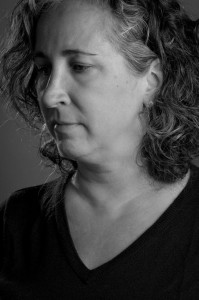 9
Ellen Malloy
Owner, Restaurant Intelligence Agency and Spoonfeed
She was one of the most, if not the most successful food PR folks in all of Chicago and then she reinvented herself. She realized that with media shrinking, it was better to be a content producer than a cajoler to content producers. It remains to be seen whether her social media and content production approach to promoting clients will take over the world, but when someone in food needs something, a job, a smart opinion or a hook-up of some sort, she’s usually the first phone call people make.

10
Doug Sohn
Owner, Hot Doug’s
In Chicago at least, this dude’s more iconic at this point than The Clash which play often over the sound system of his Northwest Side encased-meats emporium. Nationally, he often gets more column inches in the New York Times than most Third World dictators. But you would too if you were serving up chicken-foot-garnished hot dogs with a side of duck-fat-fried French fries.