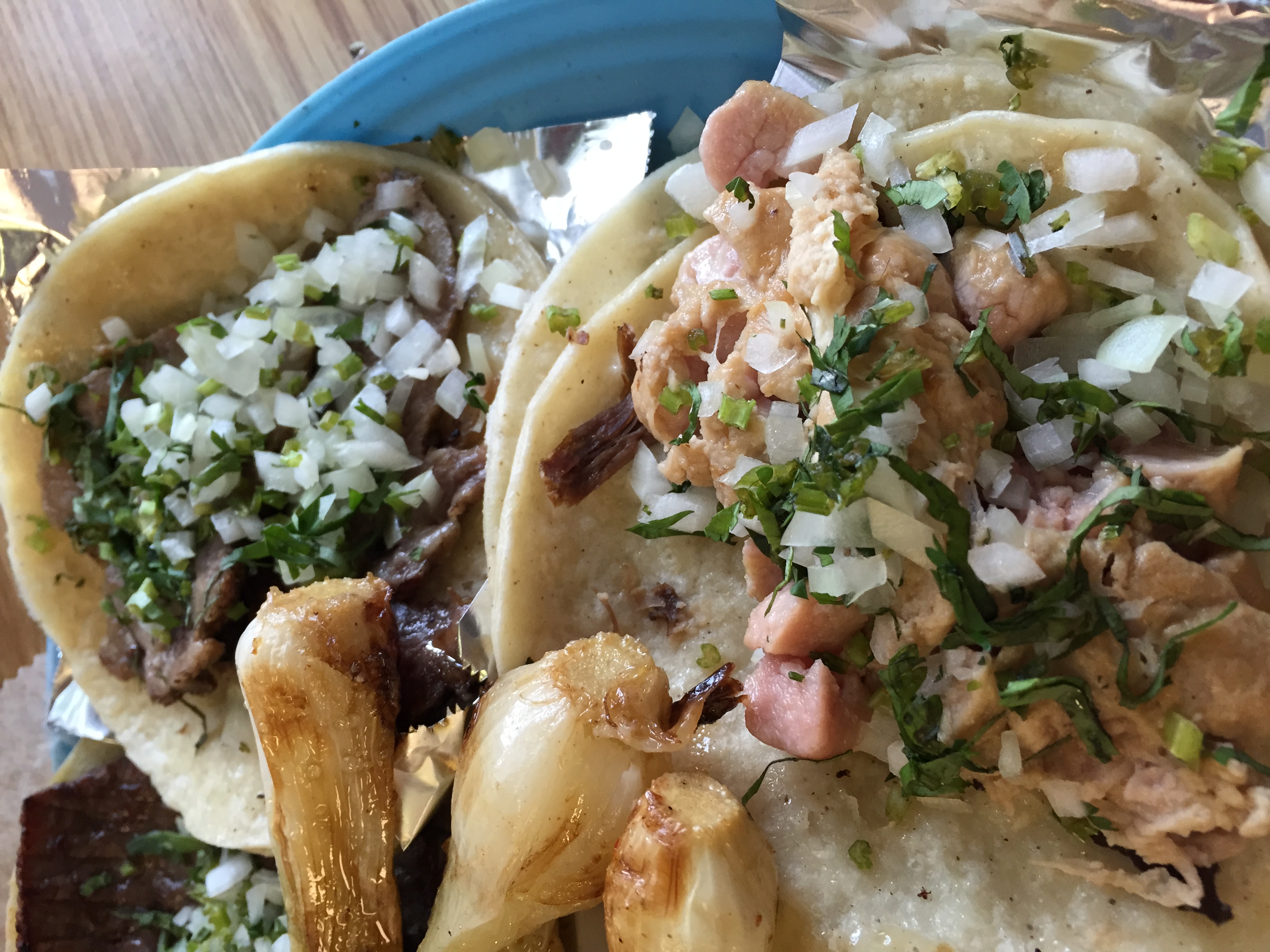 There are a lot of outstanding restaurants in Chicago that you’ve probably never visited, little places that don’t advertise or have public relations representation. It’s possible you may have visited one or more of the restaurants on this list, but for the most part, we’ve focused on places beloved by many and unknown to most.

A number of these places don’t have a website. They don’t need a website; the people who know these places love these places and that’s what keeps them coming back, year after year.

Hyderabad House Family DIning
On Devon, a target-rich zone for fanciers of Indo-Pak chow, Hyderabad House specializes in biryani, a pilaf that looks a lot like Rice-a-Roni and usually contains veg and meat. This is the kind of place where South Asian taxi drivers stop for a bite, a tea, some conversation and a chance to catch up on news and movies from the subcontinent. Hyderabad House is open twenty-four hours a day, and one must admit it looks a little beat up. Still, we’ve never been greeted with anything other than smiles and hospitality, and the biryani is delicious and filling (just what you need if you’re going to jump back in your cab for another shift). On weekends and select weeknights, by the front door, there’s sometimes a vendor of paan: a roll of spices, including fennel and cardamom, a major blast to the palate, wrapped in a betel leaf, considered good for averting flatulence and indigestion.
2226 West Devon, (773)381-1230

San Soo Gab San
If you’re a lover of Korean food, it’s highly likely you’ve heard of, or perhaps even visited, San Soo Gab San. On a cold winter night, there are few foods as comforting as fatty beef or pork, cooked over an open fire, at a wooden table lined with banchan bowls. The heat from the grills, from the meat, from the kimchee and other spicy snacks is enough to warm you on even the most frigid days. And even if you’ve never been to San Soo Gab San, you’re likely to hear more about it in the years to come: in 2017, it made it onto the Michelin Bib Gourmand list of recommended restaurants—and it’s opening a new location in River West. You might want to go to the original before it’s tainted by fame.
5247 North Western, (773)334-1589

Schwa
When we visited Schwa some years ago, my daughter and I were having dessert and chef Michael Carlson stopped by. “Tell him what you said about dessert,” I told my daughter. “What,” said Carlson, “You didn’t like it? I don’t give a shit.” My daughter protested, no, she thought it was one of the best desserts she’d ever had, at which Carlson immediately softened, nodded and said, “Oh, cool, cool…” That kind of erratic behavior, ragged service, coupled with the restaurant’s off-scope location, spare twenty-six-seat dining room and the staff’s legendary tendency not to return phone calls for reservations made this place forbidding. Rumors had long swirled about all kinds of crazy stuff, much of it probably urban legend. Now, Schwa has received plaudits from Chicago and New York publications, it held onto its Michelin star for seven years, and things—including the undeniably talented Carlson—have calmed. It’s safe to go now; please proceed.
1466 North Ashland, (773)252-1466. 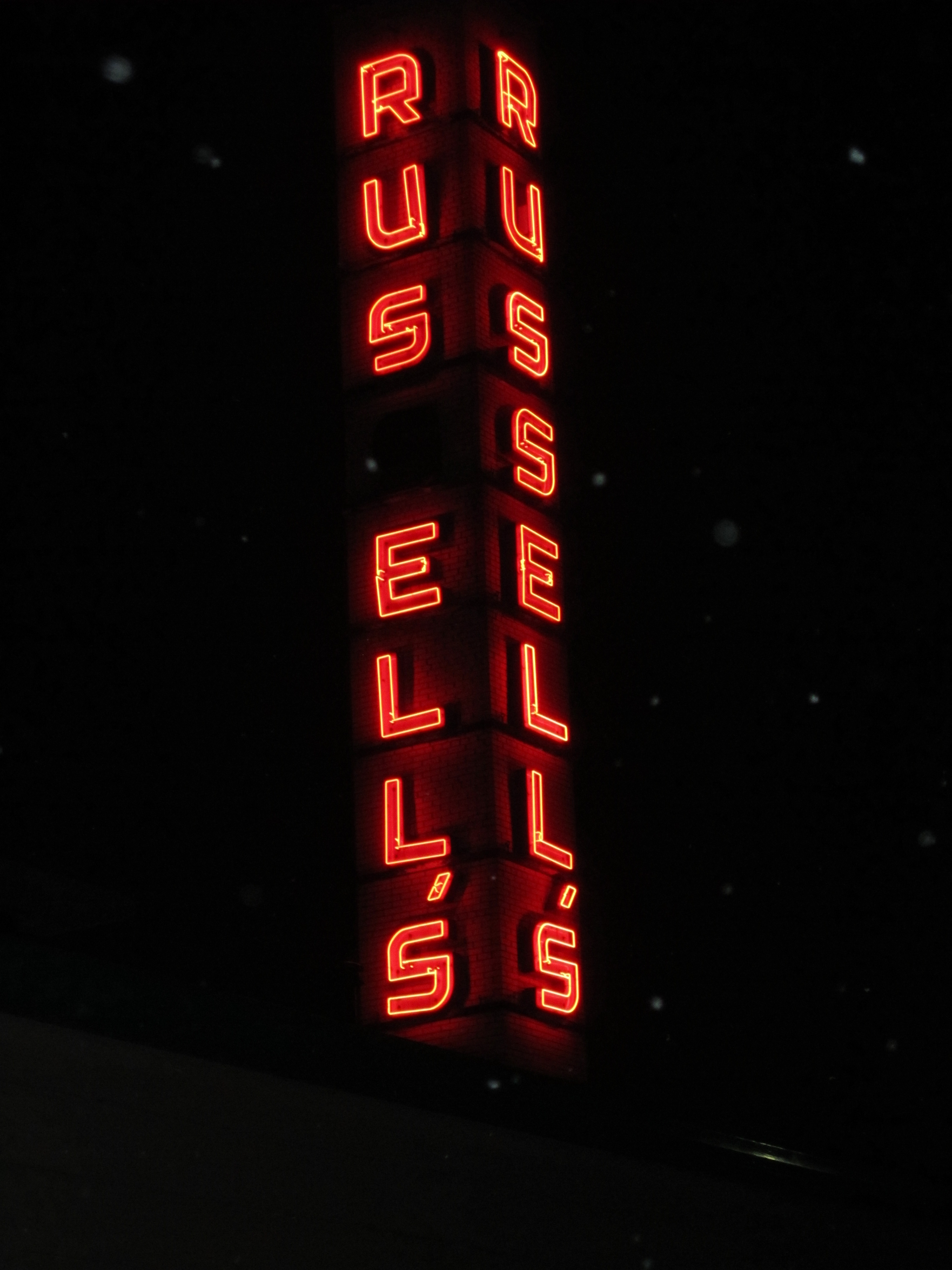 Russell’s Barbecue
It’s not the best barbecue in the world, or even the best in the Chicago area but this roadside attraction draws the crowds, mostly local folks who grew up within eyeshot of the trademark smokestack with “Russell’s” scrolling down the side. Since this local favorite has been around since 1930, it’s conceivably drawing from four generations of customers. When it comes to places like Russell’s, you must ask, “What’s food got to do with it?”  The sauce is clove-heavy and sticky-sweet, the meat is pretty much okay, and one must congratulate Russell’s for inaugurating pit-smoked barbecue in 2010. You get the sense that Russell’s could serve food that was better or worse than one remembered and yet it would still bring people in, perhaps not so much for the taste, but for the memory. If you’ve never been, prepare to be charmed.
1621 North Thatcher, Elmwood Park, (708)453-7065, russellsbarbecue.net

La Chaparitta
This sort of grocery-store-with-restaurant-attached usually promises an exceptional dining experience, and La Chaparitta delivers. Griddling, steaming and grilling meat, La Chaparitta serves the kind of food you may not find at most, perhaps any other, Mexican restaurants in Chicago. Have you ever had tepache, the fermented, carbonated pineapple drink of Mexico? You can get that here, along with aguas frescas and licuados. Never liked chitterlings? The crispy tripas (intestine, not tripe) are served in a taco (surprise!), and the offal has a pleasing texture not found in most other preparations. There are many familiar items on the menu, like tacos of carne asada and house-made chorizo, so don’t feel like you can’t go to La Chaparitta if you’re not into fifth-quarter cuts. The menu is wonderful, from the familiar to the arcane.
2500 South Whipple, (773)247-1401

Pide ve Lahmacun
Two foods you can expect in most cultures are dumplings and flatbread, and it’s the latter of these two universal foods, in two versions, that you’ll find at the Turkish outpost, Pide ve Lahmacun. Pide is a little dough boat filled with meat and vegetables, and lahmacun is a more heavily loaded flatbread, with minced meat and seasonings—cinnamon, cumin, paprika—that you’d never find on an Italian pizza. In Turkey, pide and lahmacun are as common as hamburgers and hot dogs, though they require more skill to prepare. To drink, it’s going to be tea, but maybe you can give your liver a one-night reprieve and take your pide and lahmacun with tea, the way Turks do.
1812 West Irving Park, (773)248-6344, sukursplace.com/pidevelahmacun

Fat Johnnie’s Famous Red Hots
When Anthony Bourdain did an early “No Reservations” segment in Chicago, he went to Fat Johnnie’s to get an original Chicago sandwich which many of his viewers, no doubt—including most Chicagoans—had never heard of. It’s a Mother-in-Law, a unique Chicago creation. This sandwich is basic: instead of a hot dog on the bun, you get a corn roll tamale covered with chili. If you’re one of those fancy-pants gourmet-types, you can load on the classic Chicago dog toppings, including fresh tomatoes and cucumbers. You could get any one of many differently dressed hot dogs at Fat Johnnie’s, but why do that? When people who think they know Chicago food wax fondly about Italian beef and deep dish, you can trot out your story about that time you ate a true Chicago original, the Mother-in-Law at Fat Johnnie’s. Boom: you win.
7242 South Western, (773)633-8196 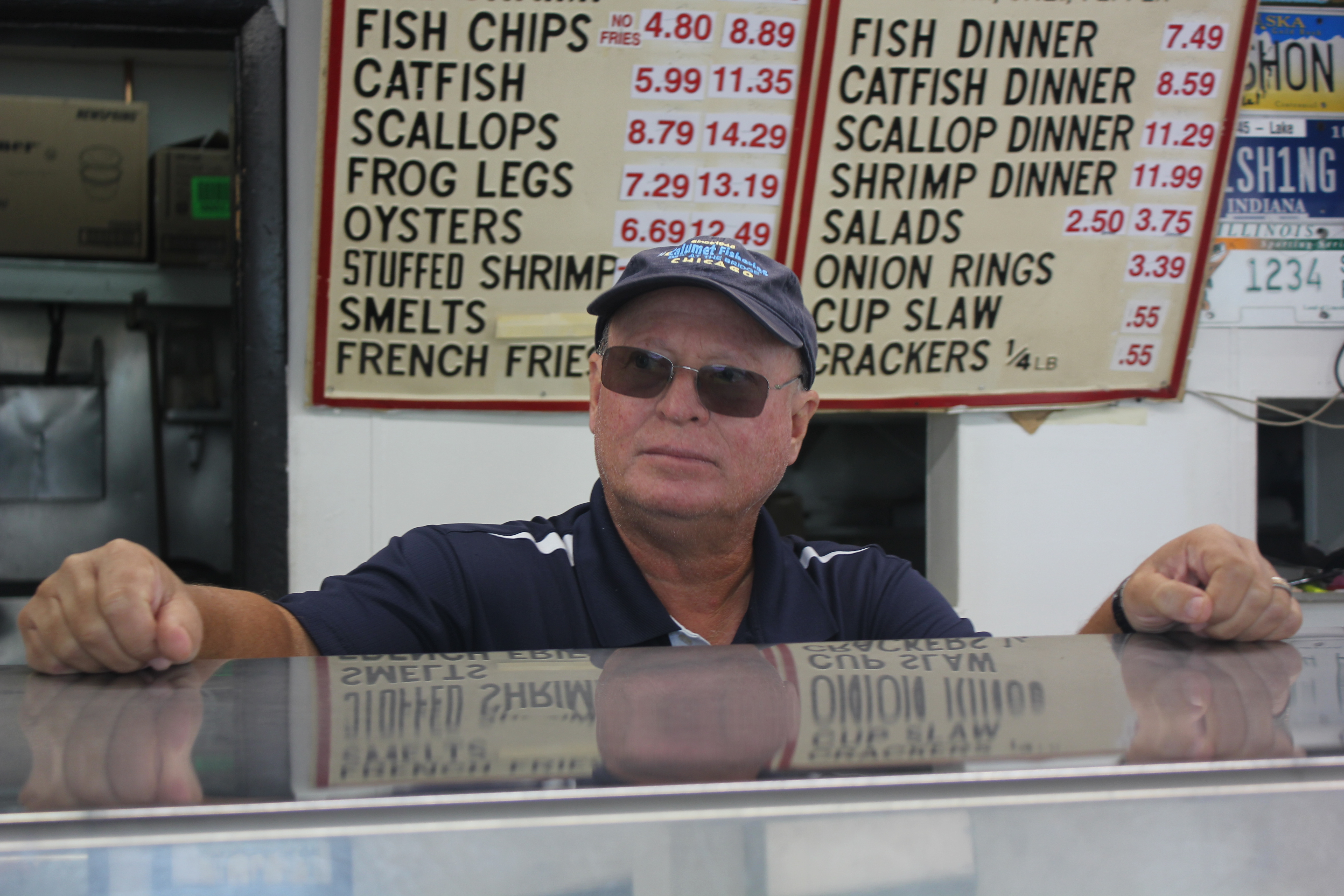 Calumet Fisheries
Since 1928, Calumet Fisheries has perched, 95th at the bridge, on the northwestern side of the Chicago River. Customers edge up to the counter, lay down cash and return to their vehicles to eat their fish in their seats or, as we say in Chicago, al trunko, using the trunk lid as a tabletop. On warm days, some stand on the bridge to watch the rare boat pass by. Regulars come for shrimp and fish, some of which used to be harvested locally, all of it either fried or smoked. There’s a smoker in the back where every morning they load up the smoker with burning wood and racks of fish, taking it out hours later. Those in the know are there when the fish come off the smoker, still warm and runny with juices. On the side of the smoker is a mural of St. Bourdain who, of course, has been here, too.
3259 East 95th, (773)933-9855, calumetfisheries.com

Garifuna Flava
We know you’ve had a lifetime of American food, and probably Canadian food (at least Canadian bacon) and very likely Mexican food, but there’s probably one North American food, or at least Caribbean, you’ve never had before: Belizean. Belize, like Mexico, was in ancient times a Mayan territory, but the food is distinctly different from the Mayan dishes of Yucatan. In this small, friendly restaurant, you’ll enjoy stews and jerk chicken that you’d more likely expect on a Caribbean island than on the North American mainland. You haven’t been yet? Well, you should go—the United States and Belize are practically neighbors!
2518 West 63rd, (773)776-7440, garifunaflava.eat24hour.com 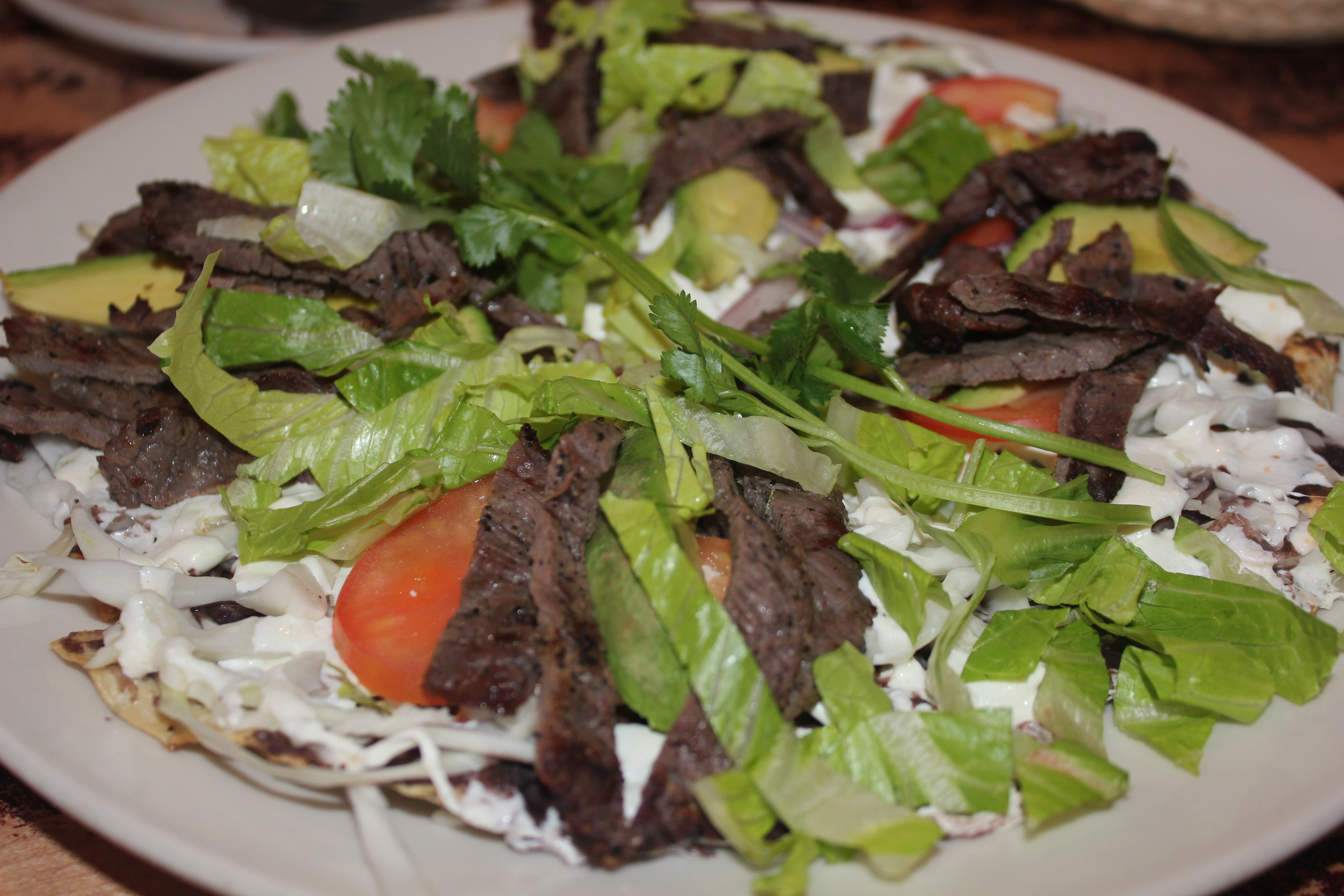 Kie-Gol-Lanee
One of our favorite Mexican restaurants in Chicago is this little place on Sheridan. It’s been open about a year, and the reason it’s on this list is that we were chatting with Steve Dolinsky recently and he said he’d never been there. So, if the intrepid Hungry Hound has never been there, then you probably haven’t been there either. Here’s why you should go. The folks in back are recent arrivals from Oaxaca, and they still long to taste the artisanal mezcals and iguanas of their hometown. The food they serve, of course, is much more suited to gringo tastes without being in the least gringo-fied: tlayudas, the flat cornmeal pizzas of Oaxaca are a favorite, as are the tamales. For those who require a big hunk of protein, the lamb barbacoa is delicious.
5004 North Sheridan, (872)241-9088, kiegol.com